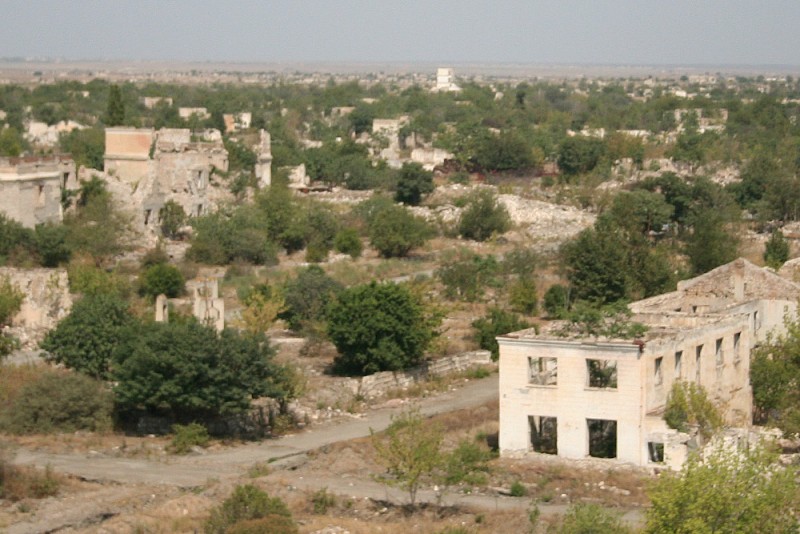 The two sides have each admitted to over a dozen of their own casualties while claiming — most probably falsely — to have racked up several times that number in enemy kills.

Whatever the truth, it is clear that the violence that has broken out in the Nagorno-Karabakh region contested by Armenia and Azerbaijan is the worst in over two decades of on-off conflict.

Currently the best estimate based on respective official counts is that at least 32 people were killed in heavy fighting over Nagorno-Karabakh that began April 2.

A fragile peace achieved in 1994 has been broken periodically over the last two decades, although the recent violence, which appears to have claimed the lives of more than one child, is more than a standard border skirmish.

The landlocked slither of territory nestled between the two countries was claimed by Armenian separatists following a six-year war that began when both countries were still inside the Soviet Union.

Most of the 150,000 people that live there now are ethnic Armenians, although a quarter of the population used to be ethnic Azeri prior to displacement after the conflict began in 1988.

Currently Azerbaijan says it has ceased hostilities amid a flurry of statements of concern by the West and Russia, a military ally of Armenia's.

Voices on the Armenian side, however, say fighting is ongoing:

Turkey, at loggerheads with Moscow over its downing of a Kremlin fighter jet close to the border with Syria last year, has reportedly expressed solidarity with Azerbaijan.

Typically, the real fighting has been accompanied by an information war on all fronts, with Armenian and Azeri Twitter users using the #NKpeace hashtag to highlight their perspective on events:

.@AmbJamesWarlick IF THIS ISN'T WAR, WHAT IS?? The killing of an innocent child due to #Azerbaijani military offensive. Shame #NKpeace

Other Caucasus tweeps meanwhile are speculating about whether peace will ever be achieved in a conflict whose official end was in 1994.

The two sides are evenly matched militarily only insofar as Armenia can count on Moscow's help, since Azerbaijan has been outspending it massively in militarily terms in recent years.

The Kremlin is theoretically well-positioned to play the role of arbiter in this ex-Soviet conflict but in practice has profited from the ongoing standoff between the two countries by selling arms to both of them.

Nevertheless, the Russian-led Collective Security Treaty Organisation (CSTO) of which Armenia is a member was quick to condemn Azerbaijan for reigniting violence in the region.

#NKpeace
Since '94 ceasefire, Azerbaijan earned zillions in oil money, spent much of it on arms. Armenia poorer & weaker, but Russian ally.

According to Eurasianet.org's Bug Pit blog, the latest burst of conflict was “remarkable” in that it “happened while the presidents of both Armenia and Azerbaijan were out of the country, in Washington.”

The blog written by Joshua Kucera goes on to add that “what probably happened was that a small provocation got out of control due to the heightened tension along the border.”

With both countries bombarding their citizens with nationalist rhetoric over the enclave, it is Karabakh that has suffered most, with its majority ethnic Armenian population cut off from the world and starved of opportunities to boost a stagnant economy.

One such lost opportunity is tourism, because whoever the ‘Black Garden’ belongs to — and international law tips towards Azerbaijan's side, here — its wild, verdant, mountainous terrain remains some of the most dramatically beautiful in the South Caucasus region.