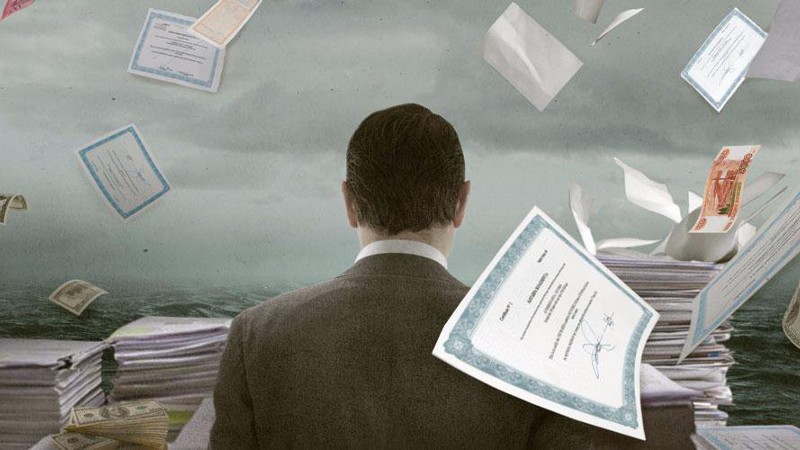 On Sunday, April 3, a new hashtag started trending on Twitter: #panamapapers. This, coupled with unusual activity on many mainstream media and investigative news websites, which received thousands of views within hours, was the Internet's reaction to a financial news bombshell that some journalists are calling “one of the biggest leaks in journalistic history.”

A joint yearlong investigation by the International Consortium of Investigative Journalists, the Organized Crime & Corruption Reporting Project, German newspaper Süddeutsche Zeitung and more than a hundred other news organizations, based on a massive cache of 11.5 million financial documents, uncovers the offshore holdings of “12 current and former world leaders” and describes how “associates of Russian President Vladimir Putin secretly shuffled as much as $2 billion through banks and shadow companies.”

The leak also exposes details of the hidden financial dealings of 128 more politicians and public officials, as well as billionaires, celebrities and sports stars around the world, who use a global network of law firms and banks to conceal their financial machinations.

This is hiw big the #panamapapers leak is compared to other famous leaks pic.twitter.com/fOyX8K4ccz

Among other politicians, the Panama Papers and investigations based on them implicate both Russian President Vladimir Putin and Ukrainian President Petro Poroshenko in using offshore holdings to conceal their financial activity. Targeting the Russian-speaking audience, the investigative consortium has also made the reports available in Russian.

Earlier, on March 28, a Kremlin spokesman accused ICIJ and its media partners of preparing a misleading “information attack” on Putin and his associates, though no specific organizations or media outlets were named in the accusation.

The revelations of the Panama Papers investigation obviously drew significant attention online: the #panamapapers hashtag trended quickly, and websites of the media who published reports on the investigation saw massive traffic, including from Russia.

This is what's just happened to @guardian referral from Russia #panamapapers pic.twitter.com/wN2p0qSXuQ

Another indicator of attention were the series of DDoS attacks on websites who published reports on the investigation.

We are under a sustained dDoS attack as is our partners. We are able to operate from our pages at https://t.co/00M3Zyk9HK

The RuNet's reactions varied from complimentary remarks and amazement to expressions of disillusionment and doubt that any meaningful reaction from Russian (or Ukrainian, for that matter) officials would follow. One Twitter user summed up the spectrum in a succinct tweet:

Facebook: great investigation, a huge amount of work, well done
Twitter: meh, don't try to scare a hedgehog with a naked butt*, there's no proof, here are some memes
(*a Russian metaphor for trying to threaten someone with something they have no fear of)

The OCCRP investigation is very cool. Based on these documents the whole top of the Russian power vertical should be sitting in jail.

Other users weren't as enthusiastic.

Russian Twitter users try to play down the #panamapapers’ “revelation” that Putin (maybe) has $2b in slush funds. pic.twitter.com/8vTohmy2VF

Ukrainian politician Mustafa Nayyem, who was formerly a journalist himself, called the revelations about Poroshenko's offshore dealings “a hybrid war, but against corruption,” alluding to the Ukrainian President's earlier remark that a critical NYT op-ed about Ukraine's slow reforms was “part of a hybrid war” against the country.

Some social media users also commented on how local media in Russia and Ukraine were covering the offshore leaks story, if at all. Russian media, especially those loyal to the Kremlin, initially faced criticism for staying mum, but RIA Novosti later published a summary of the accusations brought against Putin.

Despite faint praise online for some Ukrainian media, journalists lamented the silence of Ukrainian officials on the matter of Poroshenko's role in the offshore scandal.

Are you wondering which Ukrainian media are *not* covering #PanamaPapers? Here's my quick check, as of 12 am pic.twitter.com/dtdpLdvwp4

Now the last tweet for the evening. The @Slidstvo investigation of #PanamaPapers was broadcast on state-funded @1tvua. Media in UA are free.

.@poroshenko‘s office tells me no statement tonight. Unlikely we'll hear from the Ukrainian president on #panamapapers until Monday.

The investigation has seen record reader numbers on its first day.

Amazing day on #panamapapers. We had to such down our stats to streamline but looks like we had over 1 million visitors. Glad you liked.

OCCRP, ICIJ, and the cross-border investigative team have promised to release more details based on the leaked records cache, so further exposés are likely to follow.

This baby ain't over. Join @OCCRP tomorrow for Azerbaijan and more of Russia. This is the gift that keeps giving. #panamaleaks