#NewPalmyra Crowdsources the Majestic History That ISIS Destroyed in Syria 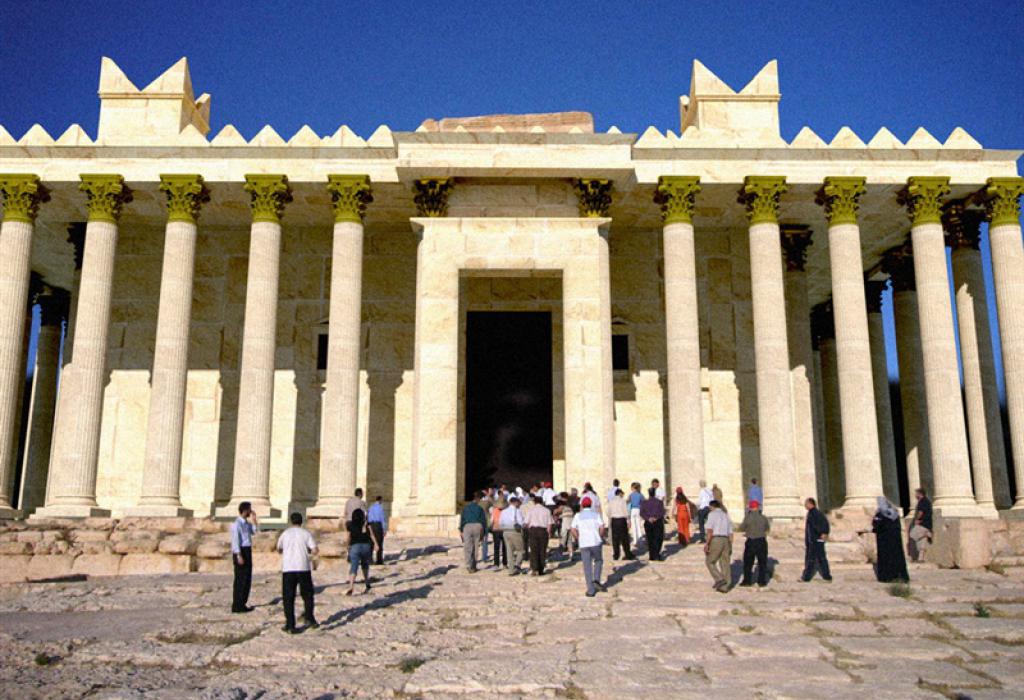 Digital reconstruction of the Temple of Bel from the New Palmyra project.

Forces of embattled President Bashar al-Assad recaptured Palmyra from ISIS at the end of March, leading the country's head of antiquities to declare that the ancient Syrian city's “nightmare is over”. The brutal militant group took over the city in May 2015 and waged a campaign of destruction against its archaeological treasures. In August, its militants beheaded Khaled Asaad, the city's chief archaeologist for five decades.

In less than a year, many of Palmyra's majestic archaeological monuments were damaged or destroyed, including the Baalshamin Temple, The Temple of Bel, Arch of Triumph and The Tower of Elanbel. Its National Museum was plundered. ISIS say the historic artifacts are idols or don't conform to their distorted notion of Islam, and so should be demolished (or sold — the group doesn't appear to have any qualms about making money off of “blasphemous” heritage). A number of pre-Islamic archaeological sites in Iraq, including 3,000-year-old sculptures at a museum in Mosul, met the same fate.

Long before ISIS had seized the city and war had broken out in Syria, putting heritage sites at accelerated risk, one initiative was working to document Palmyra's archaeological wonders. The #NewPalmyra project, which began in some form in 2005, is the brainchild of Bassel Khartabil, a Palestinian-Syrian computer engineer, activist and Creative Commons leader. Khartabil aimed to reconstruct the city's history in a free online database of 3D models.

However, he was arrested by the Syrian government on March 15, 2012. After four years in detention, he was moved to an unknown location. Human Rights Watch and 30 other human rights organizations have demanded that Khartabil's whereabouts be disclosed, but so far he remains missing.

In October, a group of activists revived Khartabil's effort, naming it #NewPalmyra. They crowdsource photos and rely on volunteers to help construct 3D models of Palmyra's historic gems.

Have Palmyra Photos? Any before Destruction? Help Rebuild at https://t.co/RIcmbRZ9kq & Share via our new Upload Box. pic.twitter.com/311tCg2UpR

Below is a model of the Temple of Bel from the project. According to the site, the model is only 20% complete:

#NewPalmyra isn't the only preservation effort for Syria. The Million Images Database, through he Institute of Digital Archaeology, is plying volunteers with low-cost 3D camera to document monuments. The project is planning to display a replicated Temple of Bel entry arch, which dated back to 32 AD, in London's Trafalgar Square on April 19, 2016.

Documenting history is one thing, but recreating a destroyed site is another. A recent post on the academic-minded news site The Conversation explores the ethics of doing so.