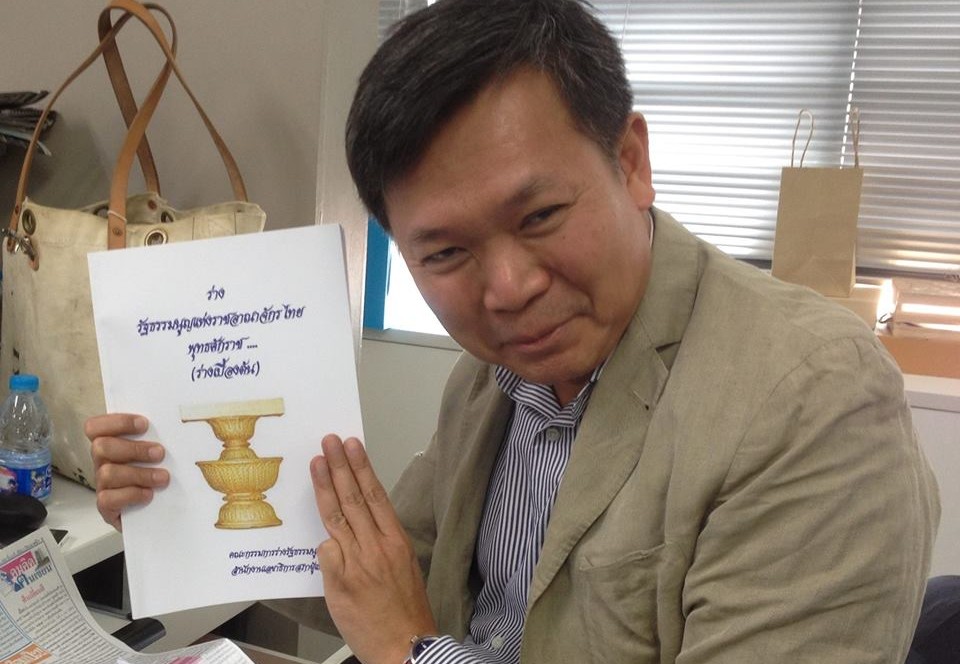 Thai military authorities have rejected a veteran journalist's application to attend a conference in Finland on May 3 for World Press Freedom Day.

Pravit Rojanaphruk, a correspondent for Khaosod English News and a known critic of the junta, posted several updates on social media about his failure to get a permission from the government to leave the country. He was supposed to go to Helsinki, in order to join other journalists in a global event organized by UNESCO.

Since the May 2014 coup, Pravit has consistently criticized Thailand's military dictatorship. He was twice summoned and detained by the army for a few days to undergo “attitude-adjustment” in a military camp, but he's continued his critical reporting about the state's activities. No charges were filed against him, but he was “advised” to stop spreading “confusing” information about the government. He was also told that he cannot leave the country without the approval of the state.

The army grabbed power in 2014, drafted an interim constitution, and vowed to restore civilian rule after reforms are implemented in the country. Two years later, the army is still in control, media is strictly regulated, and public protests are banned. Pravit is one of the few public voices still criticizing the dictatorial character of the military-backed government.

Below are Pravit’s Twitter posts about the authorities’ decision to deny his application for foreign travel:

When junta rep. rang me to deliver bad news, he said my trip to Helsinki “has to be postponed”. I asked if it means it's no go. #Thailand

If junta thinks forbidding me to travel abroad would silence me then they're mistaken. Will continue 2 scrutinize&criticize them. #Thailand

Kirsti Westphalen, Finland's ambassador to Thailand, says he “regrets” the decision of the Thai government: