With an Eye on China, Tibetans Vote for Their Government in Exile 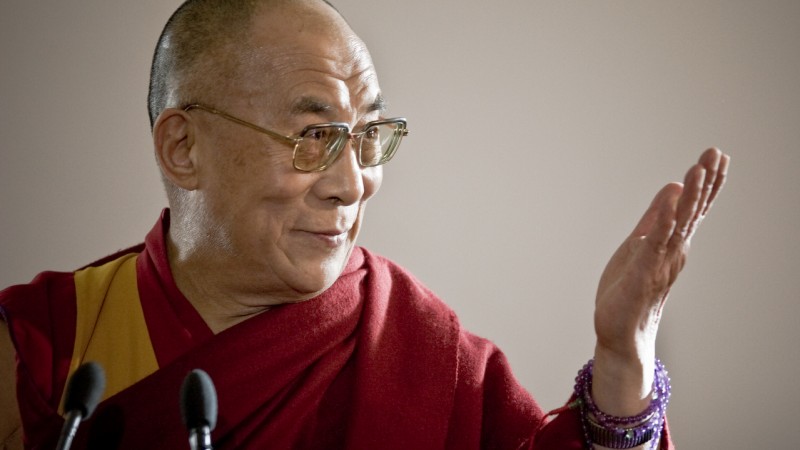 The issue of Tibet's sovereignty and independence has been a long-drawn affair since China sent troops to occupy the Himalayan region in the early 1950s. Tibet's government, known as the Central Tibetan Administration, operates in exile; it was established in India by the Dalai Lama, the Buddhist spiritual leader of Tibetans, after he was forced to flee in 1959.

Members of the Tibetan community around the world came forward to choose a head of government and members of their 16th Tibetan Parliament on 20 March 2016. The elections were spread across 30 countries and followed a preliminary round that was held in October 2015 (with 53% voter turnout). Results will be declared on 24 April.

Voters have turned out in large numbers for voting today in Dharamsala. #Sikyong2016 #Tibet pic.twitter.com/mXJep4mvXR

The government chosen by the vote will govern a large community of Tibetans spread across several countries, including Nepal, India, Bhutan, Canada and US, from its headquarters in McLeod Ganj in Himachal Pradesh in northern India.

‘I voted for Tibet’

They were the second elections since the Dalai Lama relinquished his political authority over the community to make way for a democratic system in 2011.

The current Dalai Lama (part of the lineage of spiritual leaders of the Tibetan people dating back to the 14th century) has been championing the cause of democracy for his people since he fled to India in 1959 after China claimed Tibet and began a campaign to repress its religion and culture.

Those standing for elections included the current sikyong (as the prime minister is called), Lobsang Sangay, a Harvard-educated legal scholar, and Penpa Tsering, speaker of the Tibetan parliament.

The Tibetan parliament has 45 seats in total. Each of the three regions of Tibet, Tsang, Kham and Amdo have 10 seats each, while the five Tibetan Buddhist schools have two seats each.

Tibetans in Europe and North America have two seats, while Tibetans in Australia and the rest of Asia have one seat collectively.

To be eligible to vote, Tibetans must be above 25 years of age and possess a Green Book (a document issued by the Tibetan government in exile). This book contains proof of identity as well as taxation details maintained by the election commission.

I voted for Tibet.. I think china should learn from to adopt democracy in China and TAR #Tibetelection pic.twitter.com/cmd75cSGQ7

Although love of homeland united Tibetans in exile at the ballot box, the race to the polls wasn't completely free of political bickering. Candidates attacked each other over ‘drinking habits’ and ‘narcissistic behaviour’ and harped on petty and trivial issues while on the campaign trail leading up to the elections. Lobsang Sangay, who is running for re-election, was condemned for having his portrait displayed in his Washington office, while the drinking habits of his opponent, Penpa Tsering, the speaker of the exiled parliament, were in question.

Lukar Jam Atsok, 44, a writer who was imprisoned in China before escaping into India a couple of years ago, ran in the preliminary contest for political leadership. His main argument was based on the premise that the Dalai Lama could be considered a traitor for having given up the battle for full independence for Tibet in his negotiations with the Chinese government. The Dalai Lama advocates a “Middle Way Approach” that would see Tibet governed by China, but with a large amount of autonomy, not unlike the system of governance in place in Hong Kong or Macau.

Observers from several countries were brought in to make sure that the elections were held in a fair manner. The Beijing government wasn't happy that other countries lent Tibetans a helping hand in the voting process.

Nearly 6 million Tibetans live in China, which considers the area of Tibet an autonomous region. The country's authorities say the region has historically been Chinese territory and thus its incorporation of Tibet is justified. Tibetans dispute this, saying they were an independent country before Chinese troops marched in six decades ago.

Beijing has been accused of subjecting Tibetans to arbitrary detention, unfair trial, repression of religious freedom and freedom of expression and a host of other human rights abuses. The majority of efforts to draw China into a dialogue to find a solution have by most accounts stalled or failed, as pointed by numerous political scientists.

A few weeks before Tibet's exercise in democracy, a 16-year-old killed himself by setting himself on fire in Dehradun, India. This was a stark reminder of the deep frustration within the exiled community over the lack of progress in winning any measure of freedom for their homeland.

At least 144 Tibetans have killed themselves in this way during the past 20 years, according to International Campaign for Tibet.

Gelek Bhotay, a Nepali-Canadian, warned against glorifying self-immolation and called for reflection:

Calling a self-immolation a “sacrifice” is poetic and uplifting, but in a way, it is selfish. It displaces a person from her individuality and lived experience. It frames her life based on how it affected us. Our insistence on looking at it solely through the lens of China and Tibet takes her away from her humanity. When we talk about her “sacrifice” (to what, for whom?), we’re really only talking about ourselves.

Calling Dorje Tsering’s self-immolation a suicide may sound crass, clinical and, perhaps, at odds with what the self-immolator intended it to be. But it was a suicide. It was a culmination of many different trajectories, missed opportunities, obstacles, and yearnings. And we are all complicit in it. Through our actions—significant or small, intentionally or unintentionally, knowingly or unknowingly—we failed him.

[…] Whether in exile or inside Tibet, we cannot simply light lamps, confine the self-immolators to the altars of martyrdom, and leave it at that.