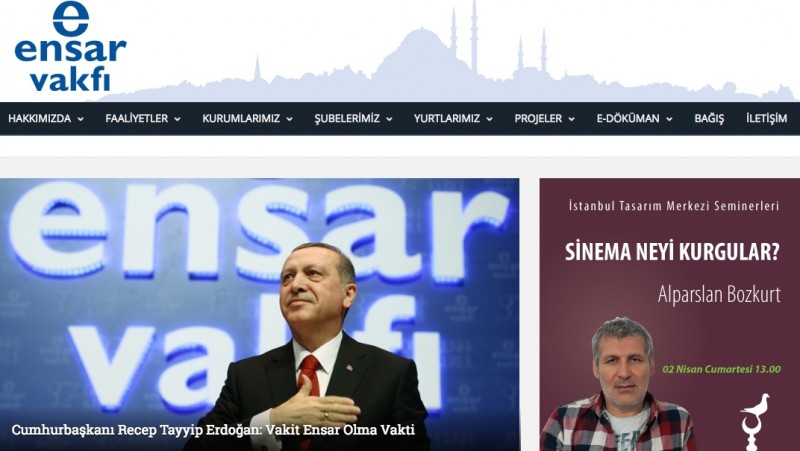 While the government has refused to cut the foundation loose, it has — after a storm of public pressure — yielded to an invitation by the opposition to set up a parliamentary commission responsible for investigating future cases of child abuse in the country.

A blanket ban on media coverage of the ongoing investigation since March 14 has obscured many facts involved in the case, but those details which have emerged are horrific.

On March 12, news broke regarding the arrest of a teacher who is under suspicion of raping at least 10 underage male students according to police and the state prosecutor.

Media, including pro-government media, have since referred to 45 victims aged between nine and ten years-old, although in lieu of the ban on media coverage of the investigation for the last two weeks, the source for this number is never stated.

The teacher, referred to as M.B. by most media, was arrested March 4 for raping students who were staying at or attending educational courses in apartments in the city of Karaman in south central Turkey, and is believed to have pleaded guilty.

Those apartments were rented and operated by two conservative charities, the Ensar Foundation and the Karaman Vocational High School Alumni Foundation (KAIMDER).

An NGO with powerful friends

Ensar Foundation, which focuses on religious education, grew in prominence after the government in 2012 recognised it as ‘working for public benefit’, a status that provided the foundation with easy access to state funding.

Now among the richest foundations in Turkey, one of Ensar's registered founders is Istanbul mayor and Justice and Development Party (AKP) member Kadir Topbaş.

Both President Recep Tayyip Erdogan and his wife gave speeches at Ensar events as recently as February.

Their son, Bilal Erdogan, who is a board member of Ensar's sister organisation TURGEV even went so far as to claim recently that “the person that I meet with the most after my wife is [Ensar] Chairman of the Board of Trustees İsmail Cenk Dilberoglu.”

The charity has been allocated several buildings and close to 150,000 books without so much as a tender in the last four years, and the Ministry of Youth and Sports approved a project worth roughly $500,000 in support for various branches of the foundation in 2015.

This video below was made during a course provided by the foundation. The girls attending the course are singing a song adapted from the original Bella Ciao! In the adapted song song they celebrate praying and enthuse about going to the mosque.

The investigation into the child abuse scandal began after one of M.B.'s victims told his family about the trauma he had experienced at the teacher's hands.

The state investigation uncovered at least nine other cases of abuse before the media ban prevented contact with official sources working on the case.

Many doubt M.B committed all the abuses himself, and suggest there involved are more than one project employee.

In a case of 45 alleged child rapes, only a single person is being charged. This is statistically impossible. #ChildAbusersProtectedInTurkey

The prosecutor has demanded 600 years for M.B. based on multiple counts of rape and other lesser crimes.

Admitting his crime, the accused declared ‘I have an interest in men’ on his police statement.

M.B is not the first man connected to Ensar Foundation to face criminal charges for sexual crimes.

And as recently as January of this year, Mehmet Nuri Gezmiş, an AKP bureaucrat in the eastern Black Sea city of Rize, was jailed for allegedly abusing two male children.

He had previously served as the chairman of the Rize branch of Ensar Foundation between 2001 and 2003.

Despite this track record and in the wake of the most egregious scandal of them all, the government has continued to offer public support for the foundation.

Minister of Family and Social Policies Sema Ramazanoğlu is currently the subject of a resignation petition signed by almost 300,000 people after she called the rape cases “a one-off incident” that “cannot be a reason to defame our foundation which stands out for its services.”

On March 23, AKP rejected a proposal made by the opposition to form a parliamentary committee investigating child abuse before Twitter users in Turkey initiated a Tweetstorm under the hashtag #ChildAbusersProtectedInTurkey.

Aiming to raise awareness about the government’s efforts to protect Ensar Foundation, the campaign quickly became a worldwide trending topic on Twitter.

Despite the pro-government Daily Sabah referring to “a brief delay on technicalities”, it was undoubtedly the scale of the campaign that forced the AKP government to make a rare political concession and agree to create a commission.

The 15-member, four-party commission is expected to produce findings and recommendations in three months time.