How a Nazi Ghost Came to Haunt the Philippine Presidential Debate 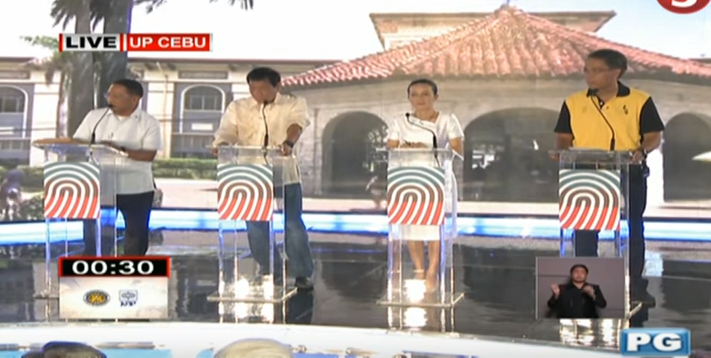 The ruling party’s candidate, former Interior Secretary Mar Roxas, brought up the vice president’s corruption charges during the debate, prompting Binay to call Roxas a “Goebbels” for calling him corrupt. “Only the court can decide whether I am guilty or not, not your accusations, Roxas, I mean, Goebbels, sorry,” said Binay.

The quote — “if you tell a lie big enough and keep repeating it, people will eventually come to believe it” — is often wrongly attributed to Goebbels. 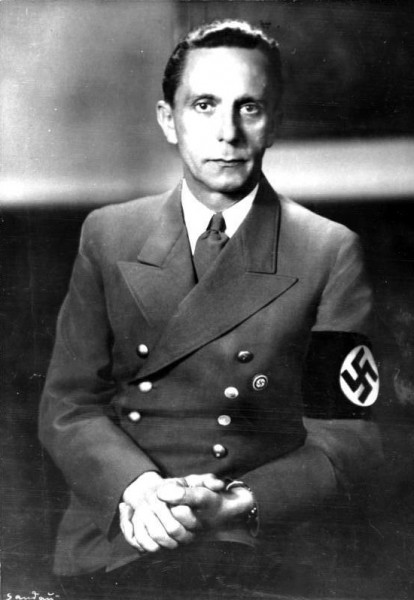 When Goebbels was mentioned in the televised debate, Filipino Internet users actively searched his name and biography. Journalists and news websites also published brief stories about the Nazi propaganda minister. Some were amused by Binay's knowledge of history but others also accused the vice president of acting like Goebbels.

Here are some reactions on Twitter on the bringing up of the name of Goebbels during the presidential debates:

Binay must be studying Goebbels :))

Not defending Mar here, but if Mar is a Goebbels, sino si Binay? #PiliPinasDebates2016 #BilangPilipino

Not defending Mar here, but if Mar is a Goebbels, who is Binay?

What the hell Binay, i had to google Goebbels and your usage and comparison is abhorrent.

The tweet above mentions Noynoy Aquino, the incumbent and outgoing president of the Philippines.

And the 1st runner up in this debate is… Joseph Goebbels! #PiliPinasDebates2016

Many netizens, however, lament the lack of any meaningful discourse during the debates, with the presidential candidates preferring to mouth motherhood statements and engage in mudslinging instead of substantially addressing issues.

Omg is this a comedy show or a debate #PiliPinasDebates2016 😭😂

Hard to believe that these people have received degrees from prestigious universities yet they argue like children. #PiliPinasDebates2016

The tweet above mentions UP which refers to the state-funded University of the Philippines.

If voting made any difference they wouldn’t let us do it. —Mark Twain #PiliPinasDebates2016

Voting in the national elections is scheduled on May 9, 2016.