Despite Claims of Tortured Baha'i Inmates, Iran Takes No Action 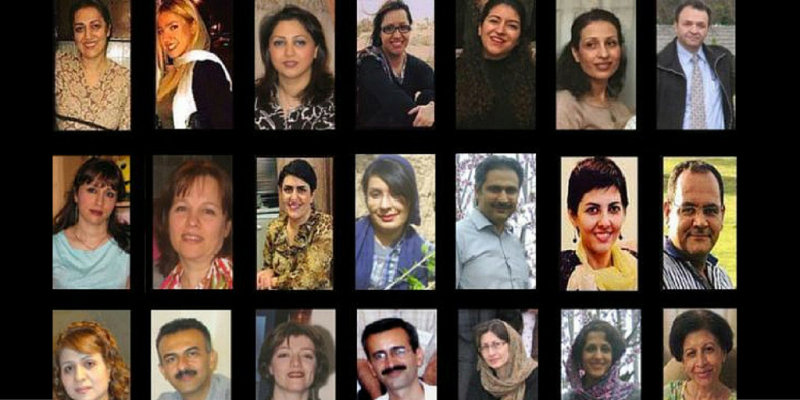 A version of this article was originally published on the site of the International Campaign for Human Rights in Iran.

On March 27, 2016, the International Campaign for Human Rights in Iran learned of a letter that describes torture inflicted on twelve Baha’is. The letter documents acts of torture that were committed by interrogators three years ago at Amir Abad prison and detention centers located in Iran’s Golestan Province. The human rights group also learned that the Iranian Judiciary has stood by idly, despite evidence of the torture and a formal letter of complaint sent in 2012 by torture victims to the head of the Judiciary of Golestan Province.

The organization says it's also obtained a copy of the six-page, typed complaint. It was written and signed by twelve Baha’is who were arrested on October 17, 2012. The letter was sent directly to the Prosecutor General of Golestan Province after the twelve were released on bail. (In total, the twelve spent between 11 and 45 days in jail.)

On November 29, 2012, the letter was filed and officially stamped, indicating formally that the Judiciary received it. The letter itself describes in detail how they were tortured by their interrogators. These acts were committed at Amir Abad Prison, in the city of Gorgan, as well as at other unnamed detention centers in Golestan province, northeast of Tehran.

On the first day of his interrogation, Mr. Behnam Hassani’s wrist was tied very tightly with a rope and attached to a metal ring. The ring was raised to a nail above his head such that only his toes could touch the ground. He was in so much pain that he started to scream and shout.

Then they brought him down and dragged him into a room and beat him. They pressed a pen between his fingers and hit him behind the head and on his mouth… Then they kept him under the rain for several hours on a cold night.

Is this what you call justice in the name of freedom and religion?

These twelve Baha’is were among the 24 Baha’is who received long prison sentences in January 2016. The other twelve were arrested in February and March 2013, also in Golestan Province.

Persecution of the Baha'i Community

The Baha’i community is one of the most severely persecuted religious minorities in Iran. Their faith is not recognized by the Islamic Republic’s constitution, and the community's members face severe discrimination. They can even be prosecuted for displaying their faith in public.

They forced Ms. Hana Aghighian to go under a table and then kicked her body while asking questions. Are confessions legitimate when obtained in such an atmosphere of terror?

The practice of forced “confessions” in Iran is well-documented by international human rights organizations. These are often elicited under torture or the threat of torture.

According to the letter:

Ms. Aghighian was told that if she does not answer questions the way her interrogators want her to, then she would be handed over to others who would employ other methods.

When she again did not respond to the interrogator’s liking, the interrogator tore up the interrogation sheet and stuffed it in her mouth! … Even if all the accusations against us were true… the honorable intelligence agents had no right to treat us this way.

A source told International Campaign for Human Rights in Iran that the other twelve Baha’is arrested in February and March 2013 also endured harsh treatment (though this description was not as severe as what was described by the first twelve in the letter).

“They were mistreated in the sense that they were sent to solitary confinement if an interrogator didn’t like the answers he was hearing,” said the source in an interview. “That by itself is considered torture.”

“They would turn off the heat in the cells and—when prisoners complained—they were told that they would have to suffer because they had not cooperated,” the source claims. “They would leave the lights on for 24 hours or turn the radio on and off or ignore them [inmates] for several days, except to give them food.”

“They were all accused of having illegitimate sexual relations,” added the source. “Their interrogators would say that the [Baha’i] women and girls were used to attract [non-Baha’i] men. Another interrogator told a Baha’i prisoner: ‘I want to tear you to pieces. Too bad my hands are tied.’ Another interrogator pressed one of the female prisoners against the wall with his foot and would hurl threats at her from a close distance.”

“The interrogators would say that Mohammad is the last prophet but if the accused said that there had been another messenger after Mohammad, they would be accused of being against Islam and trying to overthrow the Islamic Republic,” the source continued.

“They say Islam is the country's official religion and believing in the Baha’i faith means being against Velayat-e Faghih [Guardianship of the Islamic Jurist, which holds that the ultimate leadership of the state must be held by a leading Islamic jurist],” said the source.

“They [interrogators] also would accuse them [prisoners] of trying to overthrow the regime because enemy states such as Israel, the US, and the UK, opposed the Islamic Republic and supported Baha’is,” the source says. “The interrogators would say that support for Baha’is in the US media proves that the US government is backing Baha’is. They wanted the prisoners to reveal their leaders and network structure.”

“One of the imprisoned Baha’is asked an interrogator on what basis they were being held. The response was that they had taken part in [proselytizing] projects known as Roohi, which is commonly practiced by Baha’is around the world. The Islamic Republic is well aware of it [this practice],” the source says. “When Baha’is believe in something, they share it with others. This is every person’s right.”

“These 24 Baha’is were all tried together and had the same charges filed against them. They were tried in eight sessions and given different verdicts. We believe their verdicts were predetermined before the trial, and the court only played a functionary role,” the source told the International Campaign for Human Rights in Iran.

In his annual reports, Dr. Ahmad Shaheed, the UN special rzapporteur for human rights in Iran, has repeatedly detailed widespread abuse and discrimination against Baha’is in Iran. In the reports, Shaheed has called on the Iranian government to end its policy of religious intolerance.

According to Simin Fahandej, spokesperson for the Baha'i faith in New York, more than 80 Baha’is are currently held in Iranian prisons. In February 2016, she said:

Unfortunately, since [President Hassan] Rouhani came to power some two years ago, many Baha’is have been arrested, many Baha’i cemeteries have been destroyed, and Baha’i youths with top grades have been denied entry into the universities only because of their faith.

This begs the question, who are the criminals here? The Baha’is or the officials who send Baha’is to prison?