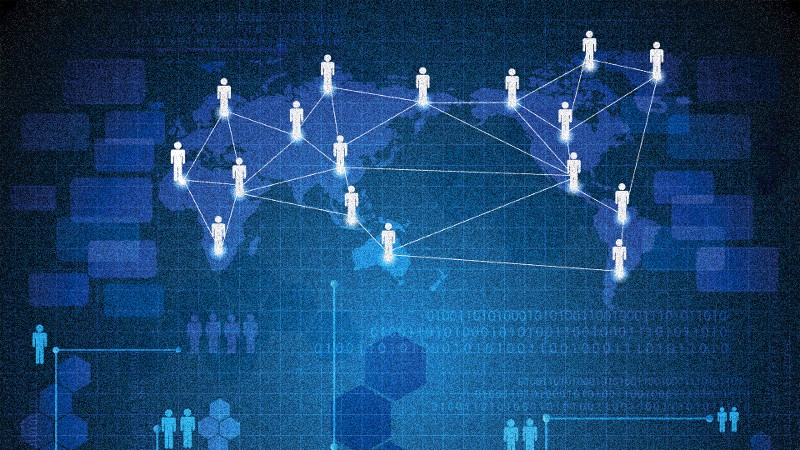 The new center in Innopolis will monitor information threats on the Russian Internet. Images edited by Tetyana Lokot.

In December 2015, Russian President Vladimir Putin took part in the Internet Economy Forum, where he suggested Russian federal security service and other state agencies should make “information threats” their top priority and seek out tools for monitoring such threats online.

Now, a new center for monitoring information attacks is set to be launched in Innopolis, a new Russian “smart city,” created as a satellite to Kazan, the capital of the Russian Republic of Tatarstan. The city’s economy is rooted in high-tech industry, so it's a no-brainer that Natalia Kasperskaya, CEO of InfoWatch and co-founder of the antivirus giant “Kaspersky Lab,” would launch her project there.

Kasperskaya told Vedomosti news outlet that the center is part of the response to Putin's suggestion to boost information security. Russia already has agencies that work to oppose and respond to cyberattacks, she says, but insists that her organization will be the first of its kind, monitoring and preventing information attacks online.

Kasperskays says she's currently looking for investors for the project, but acknowledges that at the outset it will function mostly with grant money and government funding, and will serve “state and public needs.”

The new monitoring center is the joint brainchild of Kasperskaya and Igor Ashmanov, CEO of “Ashmanov and partners,” a big player in the Russian media and communications market. Ashmanov defines information attacks as “propaganda campaigns, disinformation, fakes, and viral content” and believes this kind of activity to be political. The market for mitigating such attacks is virtually unclaimed in Russia, according to Ashmanov.

The partners envision that the center will monitor the web using technology developed by Kribrum—another joint project of Kasperskaya and Ashmanov. Kribrum‘s social media analytics and reputation management software can scrape online content and analyze it for sentiment and emotion. Ashmanov says its capabilities are sophisticated enough to be able to predict an information attack online as soon as it starts, as well as to spot its organizers. Most of the monitoring efforts will likely target the Russian social networks and blogosphere, where political debates and metaphorical “mud flinging” are the most active.

Russia has several legal provisions regulating information activity on the Internet, most of them pertaining to cybercrime: article 272 of the Criminal code defines illegal access to computer information; article 273 describes sanctions for “creating, using and distributing malicious computer software”; and article 274 outlines “violating the rules of using computers, computer systems or their networks.” Those who violate these regulations are subjected to an array of sanctions, depending on the severity of the crime: from fines and community labor to arrest and up to seven years of imprisonment.

At the start of March 2016, a Russian court in the city of Kurgan gave a a two-year prison sentence to an Internet user who was charged with orchestrating a DDoS-attack on the Kremlin's official website. The user allegedly admitted his crime, so his sentence was suspended.

Russian human rights NGO Agora reports that although content filtering and blocking remain the main tools of Russian Internet policy, they are largely regarded as ineffective due to the sheer volume of individual acts of censorship.

In an effort to more effectively suppress dissemination of information and free speech, the Russian authorities are attempting to increase the pressure on users—and this is where evidence from monitoring initiatives such as the one proposed by Kasperskaya and Ashmanov could be seen as useful, especially when charging Internet users with legal violations such as posting extremist materials. Agora notes that the increasingly real prison sentences handed down for liking and sharing information published on social media aim to intimidate users and deter them from discussing sensitive social and political issues online.