How Many More Bombings Targeting Tourists Before West Africa Develops a Regional Strategy? 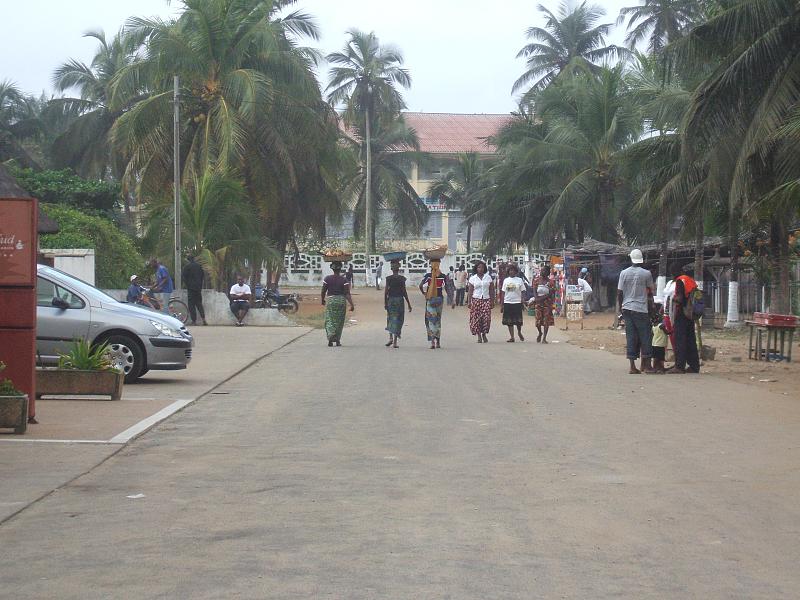 By Jemila Abdulai. A version of this article was originally published on Circumspecte.com.

Let's talk for a second about the March 13 terrorist attack in Côte d'Ivoire. Specifically, about what Ghana and other African countries should learn or do. For those who don't know, an estimated 16 people died on March 13 in Grand-Bassam, Côte d'Ivoire.

The former Ivorian capital and a UNESCO World Heritage site, Grand-Bassam is a popular resort and beach town a few hours from Abidjan, the country's capital city. I visited it numerous times when I lived in Côte d'Ivoire. From a Ghanaian perspective, Grand Bassam could easily be Ada Foah or Labadi Beach. In Senegal, it could be Gorée Island or any of Dakar’s many popular beaches. But none of this is new. Same script, different cast. In terms of strategy, the attackers (Al-Qaeda, in this case) have remained consistent.

“From a Ghanaian perspective, Grand Bassam could easily be Ada Foah or Labadi Beach. In Senegal, it could be Gorée Island or any of Dakar’s many popular beaches.”

What exactly is this strategy? To attack sites frequented by expatriates and tourists—hotels, resorts, shopping malls, places of entertainment. They've done so in Burkina Faso and Mali, in Tunisia and Kenya, and now Côte d'Ivoire. The strategy might be slightly different in each country (location, for instance), but the motive is largely the same: to draw attention and press coverage to their perceived political grievances. Why expat or tourist sites? They want international—not local—press coverage. Hitting such sites means more countries are involved. For example, among the Côte d'Ivoire attack victims were nationals of Germany, France, Cameroon, Mali, and Burkina Faso. One attack, six countries affected (not counting the injured). The January 2016 attack in Burkina Faso resulted in the deaths of people of 18 different nationalities. And this is not counting the numerous local citizens who are also affected.

Another factor is that these groups appear to ride off existing press coverage. Burkina Faso had a civilian uprising prior to the attack there. Mali has been in the news since Gaddafi demise, with a lot of coverage about its United Nations heritage sites. And Côte d'Ivoire has been getting lots of positive press lately, especially since the October 2015 presidential election. The country recently overtook Nigeria as the preferred investment destination in the sub-region.

So, if the trends are clear and the motives generally consistent, the next question is what are African governments doing to prevent, combat or prepare for attacks? The attackers are being strategic—and to a degree coordinated—how are we doing the same?

When the November 2015 Paris attacks took place, the whole of Europe—and the US—went on high alert and ramped up security, as they've certainly had to do once again after this week's attacks in Brussels. After the Paris attacks, the United Kingdom police also disseminated a video and information, targeted at civilians, on what to do during a terror attack.

West Africa has experienced three terrorist attacks in recent times (not counting Nigeria). In Ghana, at least, beyond news headlines and short-lived discussions about security, I've seen no concrete follow-up information on the attacks, much more about what to do in the event of one.

“West Africa has experienced three terrorist attacks in recent times (not counting Nigeria). In Ghana, at least, beyond news headlines and short-lived discussions about security, I've seen no concrete follow-up information on the attacks, much more about what to do in the event of one.”

How, for instance, do we evacuate buildings—hotels or places of work—in the event of an attack? Have we mapped exit routes out of the capitals and other major cities? Is there a national or regional early warning system or strategy for attack-prone sites like hotels and resorts? Have we undertaken training for first responders like police and ambulances? Really, where and what is our plan?

I've been asking these questions since the 2013 Al-Shabab attack on Kenya’s Westgate Mall in Nairobi. Where is Africa's regional strategy on security and terrorism? If it exists, how are regional bodies like the ECOWAS and the African Union making sure citizens in their member countries are aware of measures being taken?

Where is our equivalent of the cross-border coordination that has taken place after the European attacks? The United States probably has the most comprehensive security intelligence in West Africa—are there any intelligence-sharing deals with African governments?

At the end of the day, information, vigilance and preparedness are what will save lives. Ghana shares borders with Burkina Faso and Côte d'Ivoire, in case you hadn't noticed—too close for comfort. Senegal is another country which should be on high alert.

Ghana has many sites that are frequented by expats and tourists, and a diverse international community. It also has marginalized communities ripe for exploitation by terrorist seeking to recruit members. Regardless of our much heralded “peace”, these are the facts. Life in Ghana not rosy for everyone. We are as vulnerable as any of the countries that has already experienced attacks.

What can be done? I don't even need to dig deep: What is the word for “terrorist” in local Ghanian languages such as Twi? Ewe? Dagbani? Fante? Ga? Does the average Ghanaian know that “Al-Kayida”, is not just a popular Ashanti dance, but also evokes and represents something terrifying and dangerous? If someone were to shout “Al-Qaeda”, would some people break out their best dance moves, or would they make a break for it and run?

Have Ghanaians followed the other attacks in the region closely? Have we been informed or educated enough to understand key elements like the fact that shouting or praying “in Jesus’ name” might not be the best bet when confronted, as the terrorists have often targeted Christians? Will people, children especially, know to run away from the sound of gunfire, or will they think it's the sound of leftover firecrackers from Christmas?

The danger is not as far away as we may think. We are nowhere as prepared as we should be. And, as a 2012 Ghanaian presidential candidate once pointed out, attacks have little to do with internal peace or relations between religious groups. There are things we can begin doing right away. Like sensitizing people, coming up with ways to describe terror events in local languages, warn people, and so on.

We can also take regional incidents like those in Côte d'Ivoire, Mali and Burkina Faso seriously, instead of simply launching “pray for X country” campaigns. We also need to separate protocol from convenience. Why are there so many motorcades, both civilian and military, in Accra these days? When a real emergency happens, how will we know the difference? Terror spreads quickly when there is lack of information and order.

Attacks that happen elsewhere shouldn't just be an occasion to “thank God it's not us”. Rather, they should also be an incitement to think of “what we would do, if…”.

The YouTube video below was produced by this author in memory of the departed. It's also an appeal for Africa to come together as one and combat terrorism:

Jemila Abdulai is the founder and editor of Circumspecte.com, a digital platform dedicated to analysis and perspectives related to Africa and Africans. An international development and media professional, she has worked across Africa and has a MA in International Economics & International Affairs from Johns Hopkins University SAIS.