Everyone is Fair Game in Turkey's New War on Terror 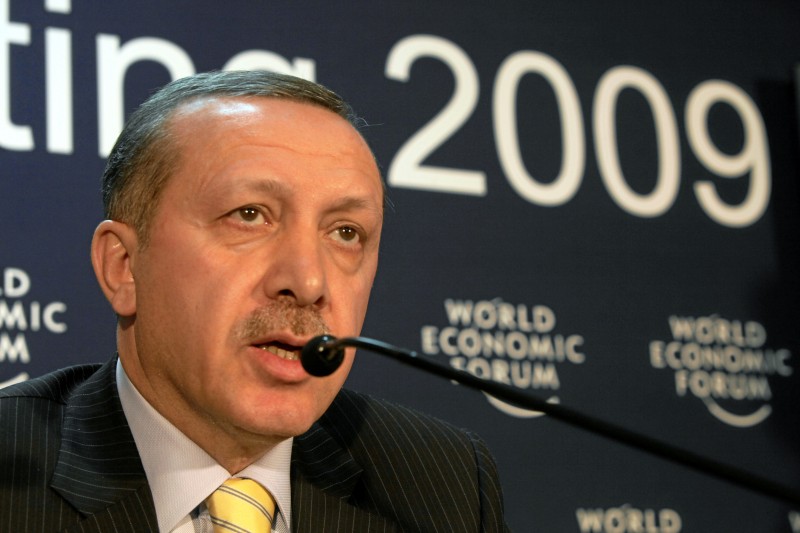 Recep Tayyip Erdogan, Prime Minister of Turkey, gives a press conference after Erdogan had walk out of the session ‘Gaza: The Case for Middle East Peace’ at the Annual Meeting 2009 of the World Economic Forum in Davos, Switzerland, January 29, 2009. Copyright by World Economic Forum swiss-image.ch/Photo by Andy Mettler. Permission to reuse.

President Erdogan dislikes those who are critical of his policies, decision-making and leadership style. But rather than letting people exercise their freedom of speech, Turkey’s president is going after them in a big way.

In the new heightened atmosphere of fear following a string of deadly terror attacks in different parts of the country, that means not only journalists, but academics and users of social media are vulnerable to persecution.

On January 11 some 1,128 local and international academics from 89 universities signed a petition calling on the government to end the “massacre and slaughter” in Southeastern Anatolia, where the government is battling Kurdish militants, and return to the negotiation table.

In response, President Recep Tayyip Erdoğan not only labelled the signatories “ignorant” and accused them of “treason”, he also promised to take them to court.

Among the international signatories to the petition were Noam Chomsky, David Harway, Slavoj Zizek and Immanuel Wallerstein.

Despite all of these facts [human rights violations in the southeast being committed by terrorists and not the state] this crowd, which calls itself academics, accuses the state through a statement. Not only this, they also invite foreigners to monitor developments. This is the mentality of colonialism […]

Hey, you so-called intellectuals! You are not enlightened persons, you are dark. You are nothing like intellectuals. You are ignorant, and dark, not even knowing about the east or the southeast. We know these places just like we know our home addresses!

The president's reaction to the petition highlights a gradual escalation of anti-terror rhetoric in Turkey that has underpinned arrests and charges against citizens that in most countries would be considered ‘trumped up’.

Most recently on March 14, Erdogan chillingly suggested “broadening the definition” of terrorism:

Their titles as an MP, an academic, an author, a journalist do not change the fact that they are actually terrorists. An act of terror is successful because of these supporters, these accomplices.

One person's scholar is a president's terrorist

Erdogan's last comments came exactly two months after Istanbul prosecutors first launched the investigation accusing a host of academics of “terrorist propaganda” and “inciting people to hatred, violence, and breaking the law” to “insulting Turkish institutions and the Turkish Republic.”

As of a Human Rights Watch report dated March 16:

In the latest attack on free speech in Turkey, three academics who signed a peace petition in January 2016 have been jailed by an Istanbul court on suspicion of “making terrorist propaganda.” The three were jailed on March 15, 2016, pending the completion of a criminal investigation.

At least 30 other academics have been dismissed and 27 suspended by their universities pending investigation. The Istanbul prosecutor responsible for terrorism crimes is conducting a criminal investigation into all the academics who signed the petition and many local investigations are taking place.

If convicted these men and women are facing between one to five years in jail.

Unfortunately, while there are many prepared to defend the academics’ right to freedom of speech, there are also those ready to cheerlead for their persecution.

Sedat Peker, a convicted criminal leader with right wing views, promised to “bathe in the blood” of the academics which would “flow in streams”, for instance.

His statement came shortly after the three academics were originally arrested on the terrorism propaganda charges. In addition, a British academic who was among the international signatories of the call to end violence, was detained and later deported.

As the scandal rages, Erdogan has issued a threat to Turkey’s highest court, which ruled on February 25 that the holding of two journalists in pre-trial detention was a violation of their rights to freedom of expression.

“I hope the Constitutional Court will not try to repeat this in a way that would call into question its existence and its legitimacy,” he said.

Turkey is now virtually unrecognisable from the country it was just a year ago. Since June 2015, the country has seen six explosions claim more than 600 innocent lives and injure well over 1,000 people.

Those shocking statistics are partly the result of the dramatic disintegration of one of the current government's greatest achievements — a near end to conflict with Kurdish separatists — and the state's wholesale endorsement of human rights abuses in a time of crisis.

While its hold over Turkish politics had looked increasingly shaky following inconclusive elections last June, Erdogan's Justice and Development Party (AKP) is now thriving in a political climate of paranoia and antagonism.

In such a climate, a call for peace has become equated to a call to support separatist violence.