Which Japanese Convenience Stores Attract the Most Insects? One Student Decided to Find Out 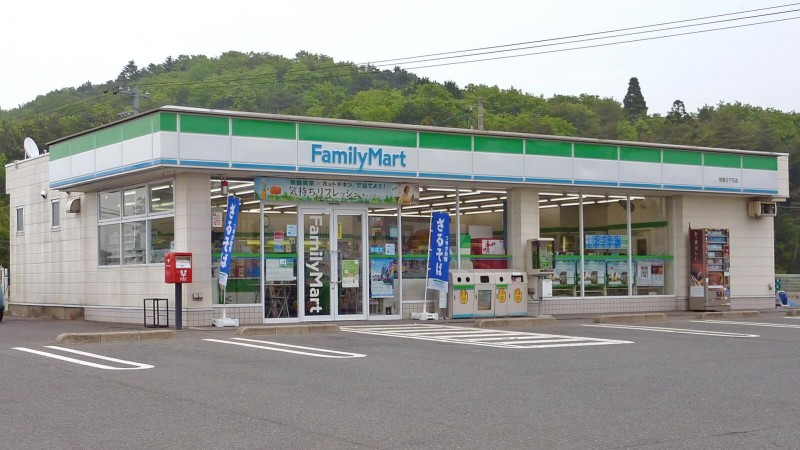 A typical convenience store in Japan. There may be insects near here. Image by Wikipedia user Kuha455405 (CC BY-SA 3.0)

A middle school student in Japan's rural Mie Prefecture noticed it was easy to find and collect insects at local convenience stores. He then decided to launch a school research project to determine just which convenience store attracts the most insects.

And, in insect-loving Japan, his research project has become a hit on social media.

Here's one of the photos I took. It's pretty clear here which convenience store is best for collecting insects: Circle K has a display case all of its own.

According to Fundo, a website that reports on social media in Japan, the student was interested in how lighting and illuminated signage at various convenience stores attracted insects.

Although it might be expected that convenience stores would be simply a hot spot for undesirable insects such as cockroaches, the junior high school student from Mie Prefecture observed that a wide variety insects, from beetles to moths, could be observed and collected.

Collecting insects — especially different species of stag beetles —  to keep as pets is a popular pastime with children in Japan.

And insects are a fact of life for much of the year in Japan. The country's climate is hot and humid from late spring to early fall. The result is a teeming insect population.

In fact, many businesses, including convenience stores, use an ultraviolet electric zapper to deal with the hordes of insects attracted by their illuminated signage at night.

The student displayed the results of his research at a museum in Mie Prefecture. Up-and-coming Japanese musician Mizuka, who lives in nearby Aichi Prefecture, first noticed the research project, and shared a few snapshots with her followers on Twitter.

A junior high school student has conducted some interesting research. Why is one convenience store a good place to collect insects while another is not? The student discovered the most insects at Circle K, by an overwhelming amount. The student said that since Circle K locations are due to be handed over to the Family Mart brand, “Now is the time to go to Circle K to collect bugs!”

After she noticed her her post about the junior high school science project went viral, Mizuka explained a bit more about the research techniques.

There has been quite a great response so I thought I would follow up. The student conducted his research using a simple spectrometer and an ultraviolet filter. Interesting. If you're interested in learning more the whole project is on display at the Mie Museum (MieMu). Go take a look!

Spotlight, a website covering social media on Japan, found that Circle K's popularity with insects has long been recognized.

Not only insects are attracted by Circle K's signage. Another Twitter user in 2014 noticed frogs had taken a liking to it:

I thought to myself, “Wow, the Circle K is sure attracting a lot of bugs, but when I took a closer look…. AIEEEEEEEE!!

Intrepid bug hunters will have to hurry if they want to go collecting at Circle K; the convenience store will merge with Family Mart at the end of March 2016, and its bug-friendly branding will vanish forever.