The Hidden Cost of Signing Up for Internet in Spain: Your Sanity 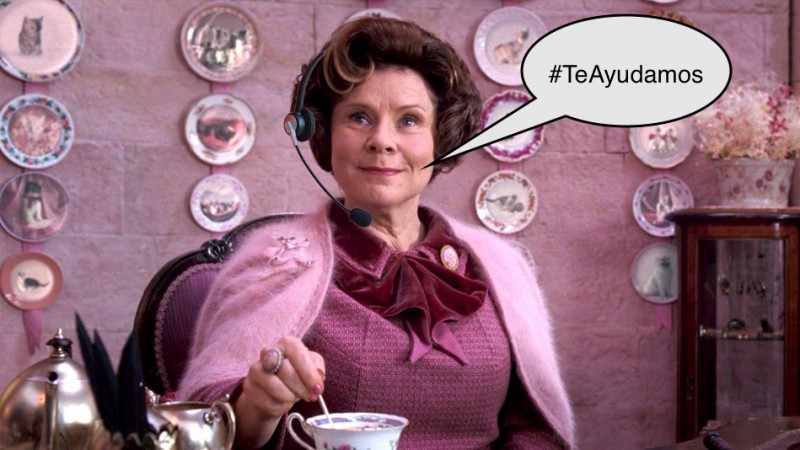 Official complaints filed by Spanish customers against telecom companies in 2015 jumped 381% over the previous year. Image mash-up by Georgia Popplewell and L. Finch.

You move to a city near the coast with your partner. You delight in your new home’s many charms. You find an affordable apartment—with a view. You develop a taste for the local cuisine. You make a mental note to buy rain boots. You bask in the fact that everything is turning out so well.

As you work from home as an editor and translator, you need to install an Internet connection to be able to pay for the apartment, the cuisine and the rain boots. Your partner and you decide on a plan with Vodafone, a multinational telecommunications company.

The technician calls to say he’ll install Internet on Friday. You set up temporary shop in a nearby cafe. You daydream about drinking coffee made at home instead of the overpriced brew you buy in return for WiFi privileges. You recall that telecom companies have a grisly reputation for service. You wonder if that’s exaggerated.

On installation day, the technician turns up at the wrong apartment across town. Your partner discovers the Internet company listed your postal code incorrectly. The company says the technician will call soon to make a new appointment at the correct address.

You don’t hear anything for days. Your partner calls the Internet company. The Internet company promises the technician will call. When? Soon. You abandon the cafe for the library to staunch the bleeding from your wallet. You’re annoyed that this connection, apart from being snail-paced, also has download limits and is, not to mention, insecure.

You look up the Internet company on Twitter. You see they have an active social media team. You notice they use the hashtag #TeAyudamos (#WeHelpYou). You give vent to your outrage in 140-character-long bursts. You decide your Spanish-language expression-of-indignation skills could use a little work. You fret you’ve made some embarrassing grammatical error for all the Twitter world to see.

The social media team chirps back that they can’t help you because your name isn’t on the contract. You rope your Twitter-shy partner into tweeting at the Internet company. The social media team gushes triumphantly that the postal code was still wrong, but it’s now fixed. You decide the Internet company is an affably evil villain like Harry Potter’s Dolores Umbridge or Buffy the Vampire Slayer’s Mayor of Sunnydale.

Your partner tries the Internet company’s customer service chat application. An agent directs your partner to the “right people” to make an installation appointment. Your partner discovers the “right people” are, in fact, the wrong people. You read in the news that the number of official complaints filed by Spanish customers against telecom companies in 2015 jumped 381% over the previous year. You take a cynical pleasure in that frightening statistic.

Days turn into weeks. You feel bitter at how much you’ve come to rely on the Internet. You feel powerless because canceling service carries a hefty fee. You feel guilty because there is much worse injustice in the world. You google the word “Kafkaesque” again. You exceed your mobile phone’s monthly data limit.

The technician finally calls and comes that same day. The technician can’t get the connection to work because the Internet company never activated the line.

You wait. You curse at the router as it quietly, tauntingly blinks red, until it finally blinks a perky shade of green. You feel grateful. You feel angry at yourself for feeling grateful. You resign yourself to the reality that a faceless giant holds the keys to the Internet.

You resolve to write what turns out to be this article. You wonder if the Internet company would ever retaliate against you in some way. You hit publish. You glance nervously at the router. You sigh in relief as the light continues, for the moment at least, to flash green.