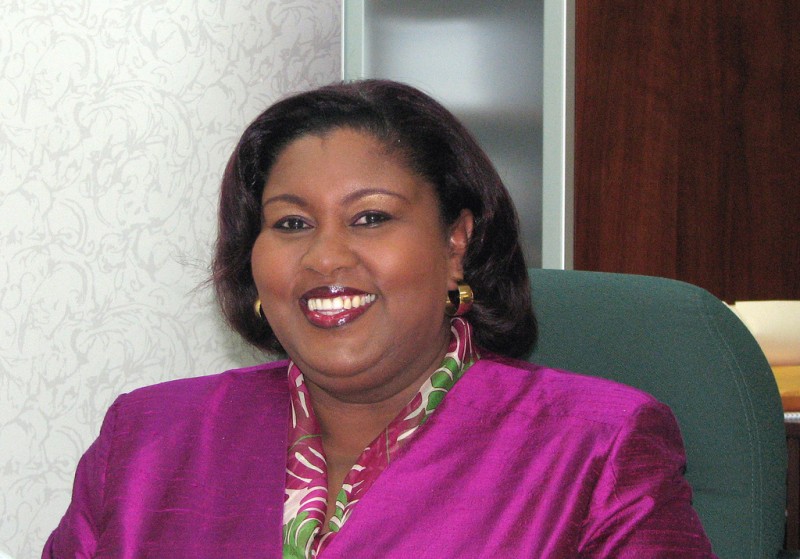 Marlene McDonald in 2008, when she was Trinidad and Tobago Minister of Community Development, Culture and Gender Affairs. Photo by Trinidad News, used under a CC BY 2.0 license.

McDonald is accused not only of abusing her ministerial power to get her common-law husband a Housing Development Corporation (HDC) home, but also of employing him and other relatives at her constituency office, in flagrant disregard for the ministerial guidelines about hiring procedures. There are also accusations that she started a fake non-governmental organisation (NGO) called the Calabar Foundation in order to access public funds.

While the decision to sack McDonald earned praise, some thought more needed to be done to combat corruption.

Fixin’ T&T, one of the lobby groups agitating for McDonald's dismissal, urged the prime minister to “prioritise meaningful legislation on procurement, campaign financing, party financing and whistle blowing and create a more financially independent Office of the Director of Public Prosecutions.”

Akins Vidale, writing at Wired868, was also conservative with his praise, making the point that while ministers have been fired in the past, nothing has fundamentally changed:

If indeed the decision [to fire McDonald] hinged significantly on cheques awarded to the Calabar Foundation, then there must be an effort to recover those funds.

If it is because of the hiring of her ‘famalee’, then a serious question arises about the Parliamentary oversight of MPs’ constituency offices.

Let’s not win the battle and lose the war.

How many Ministers have been fired in the last ten years?

And, the real biggie, how many pieces of legislation can we identify in the same period which have sought to prevent repeats or prosecute offenders?

Many social media users also felt that the sacking was not enough. On Facebook, Lara Quentrall-Thomas asked:

Being fired is one thing but will Marlene McDonald return the house and salary she gave to her husband to the State ?

In typical style, satirical website The Late O'Clock News tweeted a humourous take on the situation:

But things started to get serious when it was revealed that members of the now opposition — including the Opposition Leader Kamla Persad-Bissessar — had also abused their public office by hiring relatives in their constituency offices while they were in government.

Persad-Bissessar and her former ministers have been trying to sidestep any blame in this regard by claiming ignorance of the ministerial guidelines, saying they had “changed”. The reality is that these guidelines are always amended by the parliament prior to one government relinquishing office and another administration taking the reins of power — so any changes would have happened under their watch.

The opposition's offered to make amends, however, by refunding the money, which Fixin’ T&T called “insulting”. A Trinidad Express editorial summed up their “disingenuous” attitude:

The public expects a higher standard from the people to whom it has charged the responsibility for making laws. The very least expected of them is to observe the rules of Parliament and the laws of the land, both of which prevent members of Parliament from using public funds to provide employment for defined categories of relatives. […]

It is not only the rules of Parliament that forbid incestuous employment. Under the heading of ‘Code of Conduct’, the Integrity in Public Life Act is clear in stating that public officials covered by that law shall not use their office for the ‘improper advancement’ of their family’s personal or financial interests. 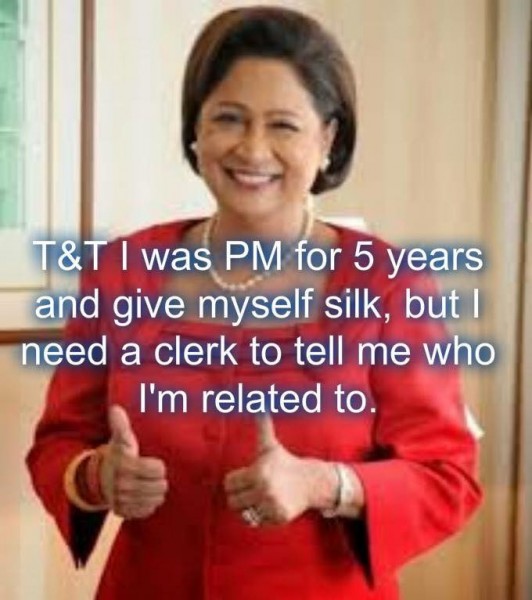 A lesson for both sides

In a post published on Wired868, Sunity Maharaj called McDonald's firing “precisely the baptism of fire needed” to get Prime Minister Dr. Keith Rowley thinking not as a party leader, but as a leader of the country:

The dismissal of Marlene McDonald could be the start of something good, if it helps to shift the system towards more accountable power. If this were to happen, it would mark a real revolution.

The more predictable outcome, however, is that her dismissal will stand as a new marker of polarisation rather than a new standard of politicisation.

She made the point that leaders need to get the message that the electorate will no longer tolerate a lack of transparency when it comes to their patrimony:

As for the government, both Mrs Persad-Bissessar and Dr Rowley have fallen victim to the idea that they are equipped and well-placed to investigate their own ministers and clear them of wrong-doing.

This is the old colonial power system at work in which prime ministers assume the authority of the all-powerful governor.

In 2016, it is long past the time for independent and transparent systems of investigation and accountability.