How Afghanistan's Politics of Ethnicity and Honour Play Out on Facebook 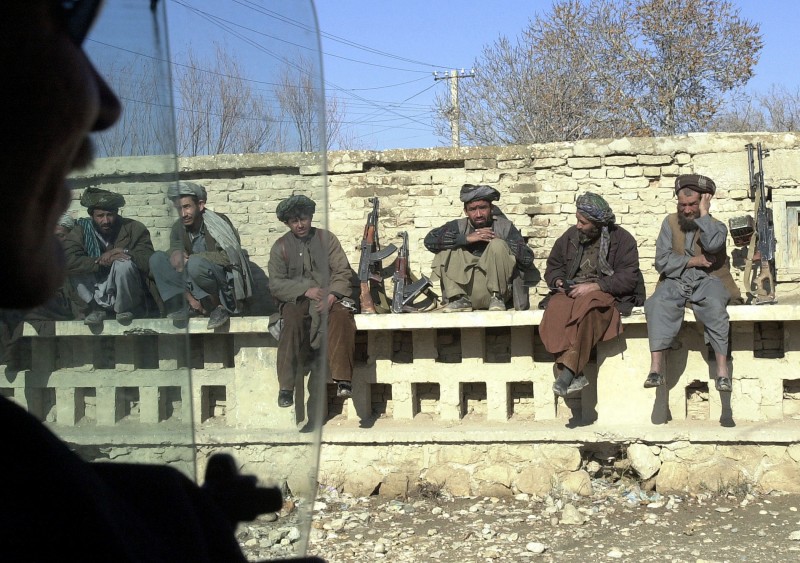 In Afghanistan, ethnic politics pervades every facet of public life, so it is only logical that tensions between the country's main groups find their way onto social media, too.

On March 22, thousands of General Abdul Rashid Dostum’s supporters demonstrated in Afghanistan's third largest city Mazar-e Sharif, expressing their anger at Dostum billboards being torn down in one of the city's squares during the night of the spring equinox Nowruz.

A similar protest was held in Jawzjan, Dostum’s birthplace and his strongest community base.

In response, supporters of General Ata Mohammad Noor, the governor of the Balkh province where Mazar-e-Sharif is the administrative capital, held a protest condemning Dostum's supporters for disturbing peace and security in the area.

Whose town is this anyway?

Dostum and Noor have a lot in common. Both are military commanders that hold considerable political weight in northern Afghanistan and both men took part in the resistance against the Soviet Union, and later, the Taliban.

Dostum is known as a vote bank in elections and Noor as a political ‘king maker‘ due to their broad constituencies.

What separates them is their ethnicity. Noor comes from the Tajik segment of Afghanistan's ethnically diverse population, while Dostum is from the Uzbek minority. And in Afghan politics, ethnicity represents a crucial fault line. 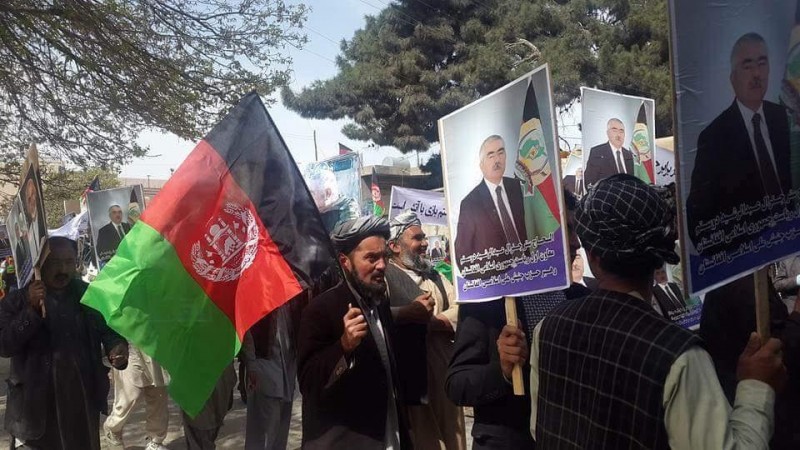 Dostum’s supporters claim the tearing down of Dostum's posters — allegedly by Noor's supporters — was an organised expression of disrespect towards the charismatic warlord, and thereby an insult to the community he represents.

Noor responded immediately on his official Facebook page, blaming “unknown trouble makers” for the unrest, avoiding naming Dostum in person and warning people not to disturb peace in Balkh any further.

That post received over 5,000 ‘reactions’ — the more complex versions of the like button Facebook introduced this month — and over 700 comments. But the tit-for-tat did not end there.

Batur Dostum, Dostum’s son, quickly responded to Noor’s post accusing him of warmongering. His post had received 2,000 reactions and close to 500 comments as of this article.

In a different status Batur posted photos of armed men captioned as follows:

Under the direct command of Balkh’s acting governor, the real “trouble makers” are trying to prevent our peaceful demonstration. The demonstrations will continue, however.

The dispute quickly gathered traction on the most popular social network for Afghans, with Facebook “status wars” between Tajiks and Uzbeks.

Amid a spike in hate speech, ethnic Hazara Facebook user Rahman Abdul Rahman intervened, posting tens of snapshots of hate-mongering Facebook posts and expressing opposition to “all hate-mongering”. Most of the posts were written by members of the Tajik ethnic group, he noted.

Tajiks are Afghanistan's second largest ethnic group, with around one in four Afghans claiming Tajik heritage. The country's largest group is Pashtuns, who make up at least 40% of the population. The Hazara, meanwhile, may account for between 10 and 20% of the country's 32.5 million people, although no official census has ever been conducted.

Uzbeks, with a probable demographic share of less than 10%, were a sidelined minority until they were united in the 1980s by Dostum under the political party, Junbish-e Milli-yi Islami-yi Afghanistan (National Islamic Movement of Afghanistan).

His efforts guaranteed them and other Turkic-language communities a say in political arrangements after the Soviets began evacuating the country in 1988 following their failed invasion.

Years later the votes of Dostum's constituency would help ethnic Pashtun Ashraf Ghani claim the Afghan presidency when the pair ran on the same ticket in a contested election in 2014, despite Ghani calling Dostum a “known killer” in 2009.

Afghan politics is replete with such marriages of convenience.

Ghani's main rival for the presidency, Tajik Abdullah Abdullah, also based his ticket on ethnic calculations, running with Mohammad Mohaqiq, an ethnic Hazara and Mohammad Khan, an ethnic Pashtun.

In the years following the fall of the Pashtun-dominated Taliban in 2001, the rights of all major ethnic groups to a share of power have been recognised by the constitution.

In the 2014 elections, Abdullah Abdullah promised to break the Pashtun monopoly over political power dating back to 1747, but could not make good on his pledge.

The importance of names

Recently ethnic differences have come alive again in the delay over the introduction of the E-Tazkira electronic national ID card.

Tajik politicians in particular have struck out against the inclusion of the word ‘Afghan’ on the card as it is synonymous with Pashtun.

Pashtuns, in turn, disagree with using the names of the various ethnic groups, as this would be tantamount to admitting a status as just another minority.

Social media, used by the vast majority of the roughly 10% of the population that has internet access, has become a hub for such debates over nationality, identity and language, but conversation often quickly descends into chauvinism.

The last fifteen years in Afghanistan have seen a scaling back of the internecine rivalries that saw incidents of ethnic cleansing occur under the Taliban.

But the fallout from the Dostum billboards scandal is a timely reminder that this tolerance is always tentative.