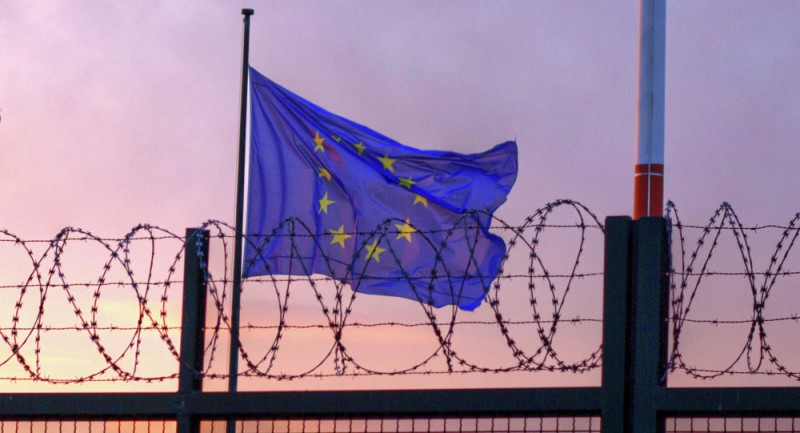 Refugees will find it more difficult to request asylum in Europe. Photo published by Diario Octubre under a CC-BY-4.0 licence.

Despite mass protests in numerous European cities, European Union (EU) authorities signed an agreement with Turkey on 18 March to address the increasing number of refugees attempting to apply for political asylum within member countries. Many of those refugees are stuck on Greek soil in extremely precarious conditions.

According to the agreement, beginning on 20 March the EU will begin turning back asylum seekers of all nationalities except Syrian to Turkey, and will take in one Syrian refugee for each refugee sent back, in what has become known as the 1:1 scheme. In return, Turkey will receive 6.8 billion euros (about 7.6 billion in US dollars) in aid and its citizens will be able to enter and travel visa-free around the Schengen Zone — an area comprising 26 European countries that don't have border controls between them. The deal also speeds up the process allowing Turkey to join the European Union, at a time when the Erdoğan government is being criticised more than ever for its attacks on freedom of the press and its questionable observance of human rights.

Authorities somewhat toned down the language from the 8 March draft agreement. According to Spanish news agency Europa Press, “the text ensures ‘individual treatment’ for each asylum request received in Greek territory and [makes] an ‘express’ reference that there will be neither ‘collective expulsions’, nor on-the-spot deportations.”

German Chancellor Angela Merkel has declared that the agreement “shows that the EU is capable of making difficult decisions and dealing with complex crises.” On the other hand, Amnesty International has called the agreement “a historic blow to human rights,” declaring that “guaranties to scrupulously respect international legislation are incompatible with turning all irregular immigrants back to Turkey.”

Turkey is not considered “a safe third country” by the majority of EU members, making the agreement incompatible with Europe's own laws. According to independent Spanish news site eldiario.es, “the institutions have spent days trying to give it a patina of legality without attending to the pact's morality.” Numerous humanitarian organizations have strongly criticised the agreement, such as this declaration from Oxfam Intermon:

The EU has sufficient capacity to accommodate thousands of asylum seekers, in addition to its moral duty as a guarantor of human rights. However, it is placing the responsibility upon countries like Turkey, which is already accommodating more then 2.5 million refugees.