An Artist Captures Kathmandu's Recent Hardships in His Imaginative Artwork 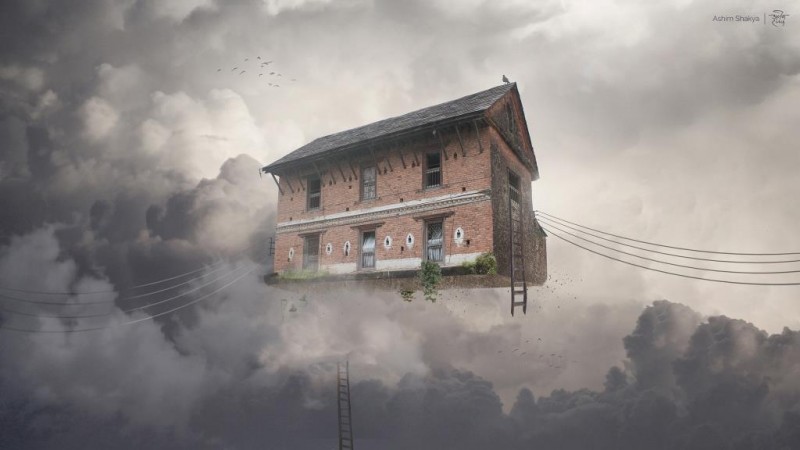 Trail of Liberation. Artwork by Ashim Shakya. Used with permission.

Though things are slowly returning to normal in Kathmandu, residents haven't quite been able to breathe a sigh of relief even after the unofficial blockade by India, which lasted for nearly five months, was lifted. Nepal has suffered from a major shortage of fuel and supplies since late September 2015, as several thousand trucks with vital goods from India remained stranded at the India-Nepal border.

Due to the chaos resulting from the man-made disaster and the black-marketing of essential goods including cooking gas, people are still reeling under scarcity.

Ashim Shakya, a self-taught artist and musician from Kathmandu, has captured the situation in a series of artwork. “Pressurized” below shows the strain Nepalis were living under during the blockade. 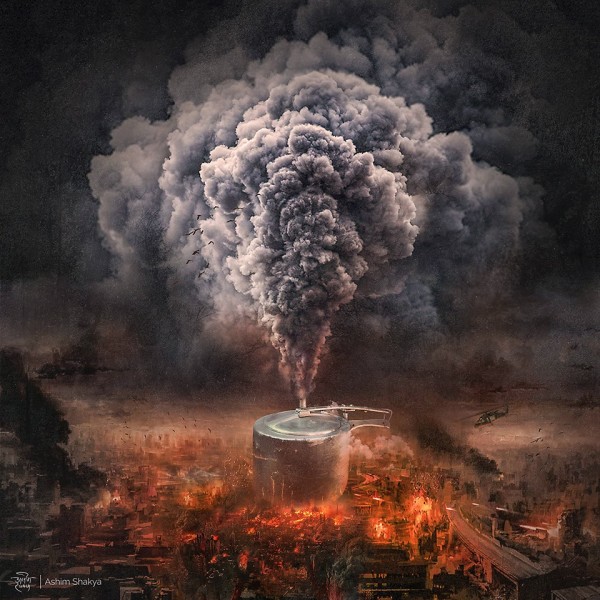 In his creation “Annihilation,” he depicts the black-marketing of scarce cooking gas. 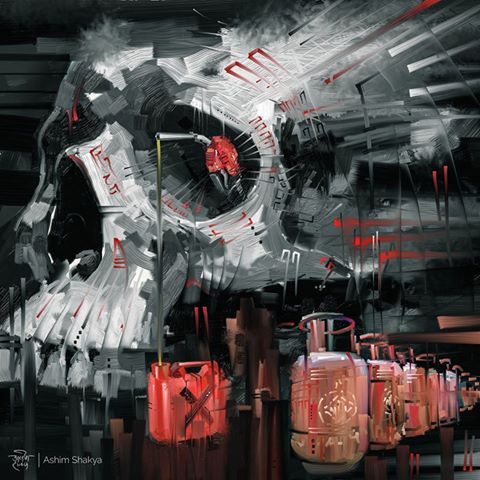 Another work, “E X T R A C T I O N,” shows the elements and results of crisis, black markets and blockade. 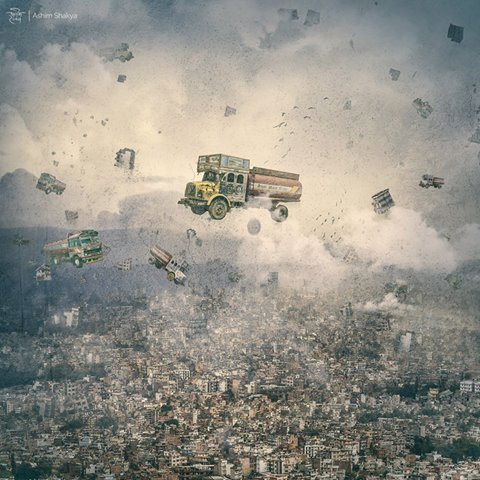 As the fuel shortage resulting from the unofficial blockade made people rely on electricity to cook food, pump water and perform other daily needs, more than 500 transformers that couldn't bear the increased load exploded across the country.

Ashim came up with his artwork “Explosive Aftermath” to depict these occurrences. 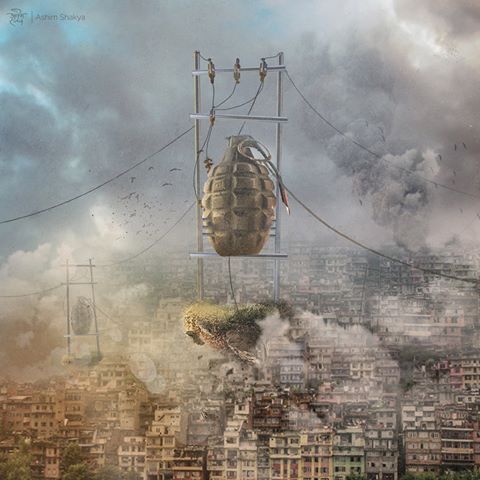 This symbolizes the recent issue of exploding Transformers due to overload of electricity. The transformer poles are levitating itself for the people as it[‘]s no longer safe to be on the ground proving its smarter than most of the officials here. Though this is the main theme behind this work, everyone may relate it to your respective Interpretations and feelings. Thank you. 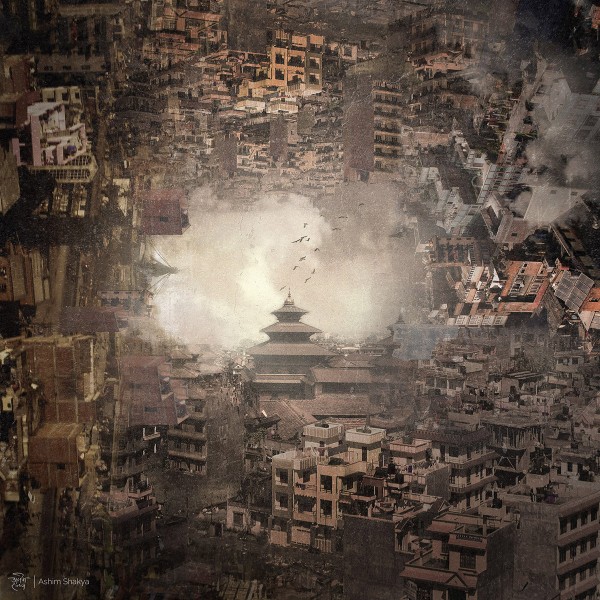 Facebook user Su Bash wrote about his impressions of the piece:

For me this depicts the black day, the day when earthquake struck. The world came crashing in. This is a powerful image.

Shakya doesn't only focus on scarcity, chaos and destruction in his art, but also shows the hope and harmony that is abundant in Nepal.

In his “Mellow Dwellings” piece, a line of homes are reimagined as instruments in a band. Shakya explained on Facebook:

“Mellow Dwellings “
Souls of triumphant comes over these houses where Music dwells in every walk and gestures as I pass the melodies of my path. A lone house may chant some notes but it's the community that composes a “Harmony” . 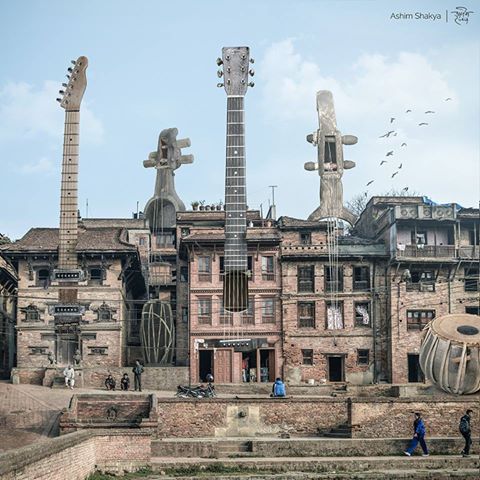 Amazing imagination. If the houses were constructed to reflect the sketch , it could have been a world landmark. Wonderfully done.