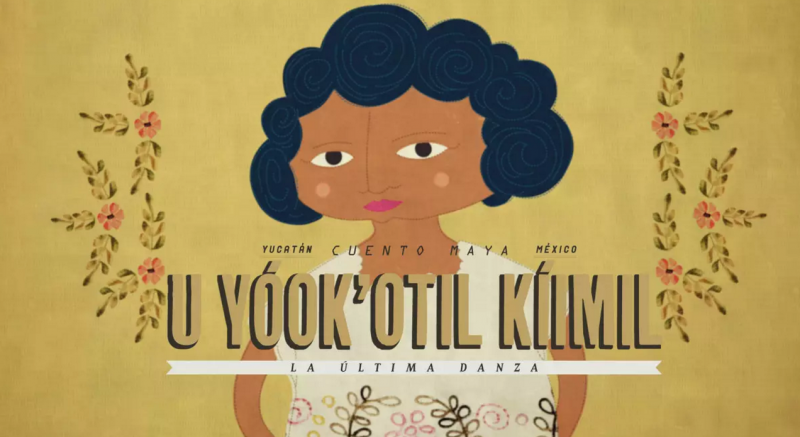 “You can't love what you don't know” is the premise of ‘68 tongues, 68 hearts’, an animated project aimed at preserving and sharing the indigenous languages of Mexico.

The project aims to promote pride, respect, and encourage the use of the indigenous languages of Mexico, through a series of animated stories narrated in these languages and subtitled in Spanish.

The animation is narrated in Yaqui, a language of the Mexican state of Sonora.

The indigenous languages encompass a unique vision of life and of the world. Their disappearance would imply a loss of the unique world view and existence of each community; an important part of humanity.

In this sense, the project recognises the indigenous languages as visions of the world and seeks to avoid their extinction.

This is illustrated by the following animation, based on the poem “Cuando muere una lengua” (When a tongue dies) by Mexican historian and anthropologist Miguel León Portilla, a prime authority on Nahuatl thought and literature.

The story is narrated in Nahuatl, more specifically in the Huasteca variation of the language.

A glimpse at all things divine and human from a different angle; life on Earth and our existence.

This first series has successfully brought to life certain stories of popular tradition and selected works of indigenous poets and artists, as well as historians and philosophers, experts in thinking and indigenous languages. The page of the project reads as follows:

In this [first] series, seven of these 68 world views are portrayed: Huastec, Mayan, Mixtec, Nahuatl, Totonacan, Yaqui and Zapotec, through the vision of seven writers and seven graphic illustrators.

The following video is based on the story “La última danza” (The last dance) by Mayan writer Isaac Esau Carrillo Can. The story focuses on the story of a woman who recalls a conversation with her father, who has bid farewell to this earthly world to be reunited with her mother. Her father bids her farewell, assuring her that ‘the great seed of the dances’ has been sown in her and she will have to go forth and spread these in the world.

The language of narration is Yucatán Maya.

In an interview with Global Voices, creator and director of the project Gabriela Badillo stated that they are currently working very closely with NILA, and also with speakers of the indigenous languages in order to cover, one by one, each of the 68 indigenous languages of the country, above all those at greatest risk of extinction.

Badillo reiterated that the project is the product of collaboration between contemporary authors, translators and interpreters of indigenous languages, illustrators, animators, audio and musical designers, as well as a research and adaptation team. He stressed the importance of participation of the indigenous people and communities that have shared their stories of popular tradition.

When asked about the reception of the project, Gabriela shared with us the following:

In general, the communities that we have approached have received [the project] with emotion, eager to see part of their history, tradition and culture in a video. They are not shown as a ‘static culture’ or a museum exhibit, but rather [shown as] something living that is evolving and growing with the times and the new generations; avoiding the usual ‘clichés’ of indigenous people and including the youth of the communities, as well as contributing Mexican artists. Above all, in classrooms we have been told that children have been particularly touched [by the project].

The 68 Tongues Vimeo Channel contains all information about the project, as well as the credits corresponding to each video and their descriptions in English. Some animations can also be watched with English subtitles on the YouTube channel.

More information and updates about the project are available on the Facebook page and on the page of the Hola Combo creative team.