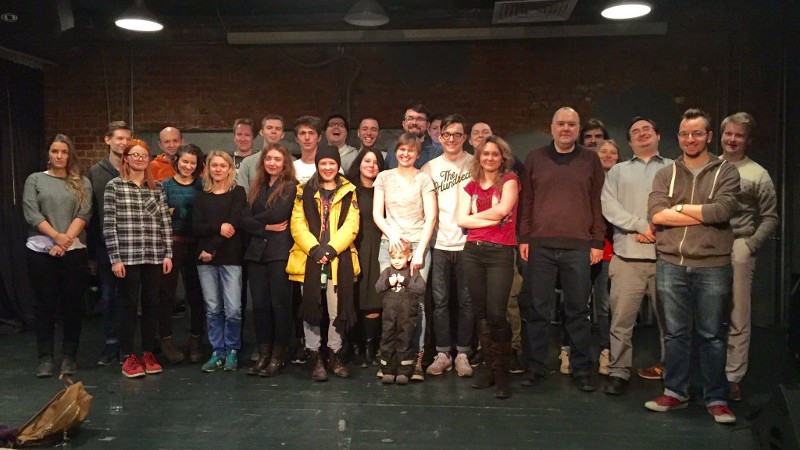 Russian journalists have founded a new independent trade union organization to boost professional solidarity and provide more support for reporters working in the country. The union emerged as a response to the growing number of challenges to journalists’ safety and restrictions on access to information.

The creators of the new trade union include journalists from Slon Magazine, Mediazona, Znak.com, RBC and Novaya Gazeta, among others. Mediazona will serve as the base for the organization.

A historic moment: participants of the founding meeting of the Journalist Trade Union are voting to create it. Unanimously!

The idea to create an independent trade union was floating around for some time, but gained traction after an attack on a group of journalists and human rights defenders on the border between Chechnya and Ingushetiya in Russia on March 9. The minivan that the group was traveling in was attacked by a group of Chechen-speaking men who assaulted the reporters and activists, beat them, and damaged some of their equipment, setting the minivan on fire. Kremlin officials called the attack an act of “absolute hooliganism” and the assault is currently being investigated by law enforcement.

A total of 27 people (including staff reporters, editors, and freelance journalists) attended the founding meeting of the trade union on March 20, where they also adopted the organization's statute, according to a reporter with Yod News, who was present at the event.

Slon Magazine reports that the new trade union plans to work in several areas, with different members curating its efforts in each area, such as press and publicity, relations with international organizations and unions, government relations, internal member relations, labor rights, human rights, and fundraising. The union's first general meeting will take place in three months.

your face when you've just founded a journalist trade union