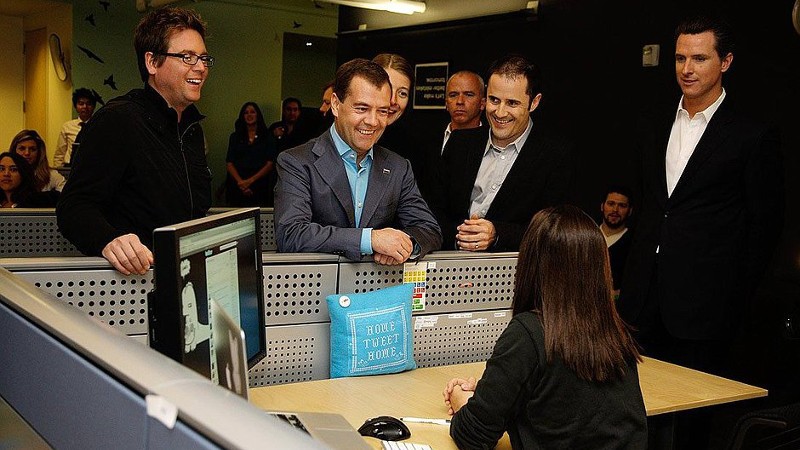 Dmitry Medvedev opened his Twitter account at the network's HQ in Silicon Valley in June 2010. Image from kremlin.ru.

Where were you when Alexey Navalny or Dmitry Medvedev published their first tweets?

The tweets span the years from Twitter's creation to our time and bring to memory some of the most exultant and tragic moment in recent history: finding water on Mars; the introduction of hashtags; Michael Jackson's death; protests in Tunisia and the rest of the Arab Spring; #OccupyWallStreet; the Boston bombings; the Roman Pope and Dalai Lama getting on Twitter; the Ice Bucket Challenge; and so much more.

Quite a few of the “historic” tweets selected by Kommersant come from the Russian segment of Twitter. RuNet Echo has translated the relevant messages, as well as Kommersant reporters’ explanation of the tweets’ significance, below. The tweets are arranged in chronological order, as they appeared on Twitter.

We're bullying VTB. Oh, and by the way, this is my first tweet.

Comment: The first tweet highlighted by Kommersant was from political activist Alexey Navalny promoting a post he had written on a probe looking into money laundering at the state-owned bank VTB. “In the first few days after the investigation into VTB Bank ‘How They Steal at VTB’ was announced on Alexey Navalny's famous LiveJournal blog and on his new Twitter account,” Kommersant wrote, the investigation “was read by 70,000 people.”

June 2010: Medvedev tweets with a typo

Hello, everyone! I'm on Twitter and this is my6 first message!

Comment: “Medvedev's account, which gained a record number of followers on the RuNet Twitter, was registered at the network's HQ in California, which then President Medvedev famously visited in 2010.”

June 2010: The most popular fake Russian President ever

Hello, everyone! I am on Twitter and this is myb first message!

Comment: “One of the most popular microblogs in the Russian Twitter segment, KermlinRussia, was launched as a parody of the Russian President's official Twitter account (just a few days after Medvedev launched his own).”

By the way, quite a few Russian Internet luminaries, journalists and politicians posted their first tweets some time in 2009-2010.

“The Rain” is Putin's new nickname

October 2010: Tver governor finds a worm in his Kremlin salad 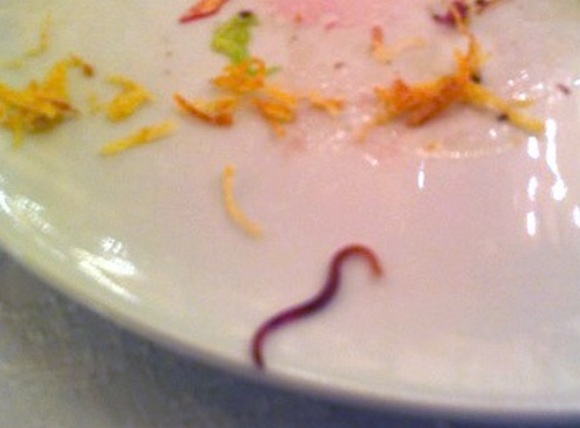 @DZelenin: This happens in Alexandrovsky hall as well. They serve beef with a salad featuring live earthworms.

Comment: “Dmitry Zelenin, governor of Tver region in 2010, published a tweet with a photo from a dinner at the Kremlin. The tweet was deleted very soon, and Zelenin resigned ahead of his term six months later.”

#yukos Khodorkovsky and Lebedev, after the first lines of the verdict have been read, have lost interest in the proceedings, it seems

Comment: “Although court proceedings in Russia had been livetweeted for several years (including the one in Mikhail Khodorkovsky's Yukos case), the Supreme Court officially allowed livetweeting only in December 2012.”

@riapress: Mikhail Gorbachev has died in SHOKO cafe, Yekaterinburg. He was at a table with Yevgeny Roizman discussing the coming elections

Comment: “In response to the tweet posted by the hackers who hijacked the RIA Novosti press center Twitter account, the former president of the USSR said: ‘I am alive and well. Stop trampling Gorbachev, as they say.'”

And also, WE BEGIN THE #putinbingo GAME:
OPTION 1
OPTION 2
OPTION 3 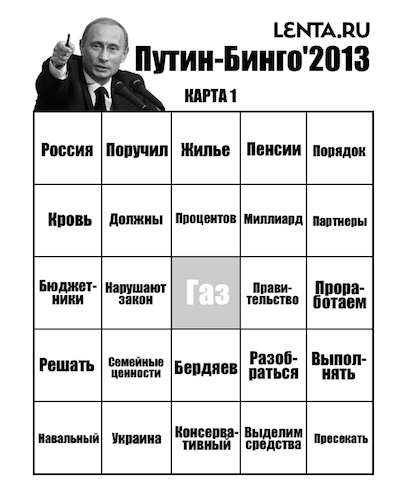 Comment: “The bingo game tracking words uttered by the Russian president during an annual press-conference was announced on Twitter and paralyzed the work of half of Moscow's offices.” Words to be tracked included “pensions,” “order,” “lawbreakers,” “implementation,” and “conservative.” “Navalny,” “Ukraine,” and “Russia” also had a place of honor on the list.

The laws are mandatory for everyone. But certain officials better think before announcing in an interview that social networks will be blocked.

Comment: “Dmitry Medvedev, now the prime-minister of Russia, criticized the deputy head of Roscomnadzor Maxim Ksendzov, who threatened Twitter with blocking in Russia.”

@villemilonov: Democracy is in hell, and in heaven there's a kingdom

Good morning! This is what Vedensky Gorge looks like at the end of October.

#Cosmoselfie from Gennady Padalka, which he made during his tenth space walk on August 10th.

Comment: “Russian astronaut shot a selfie with the International Space Station in the background.”