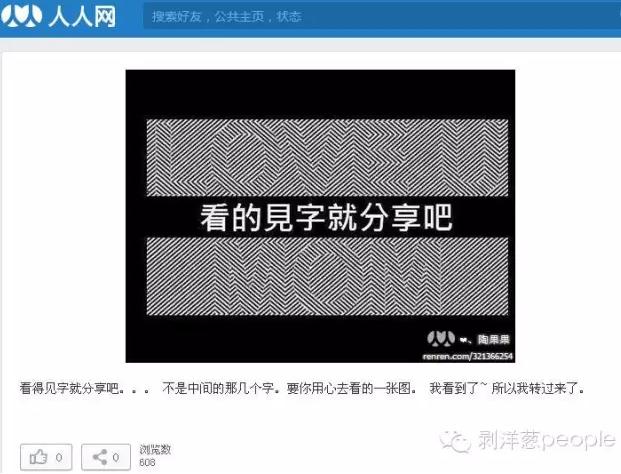 Wu Xieyu who is suspected of murdering his mother uploaded this image to his social network back in 2012 and invited others to pass on if they managed to see the hidden words “love u mom”. Screen capture image.

A wanted poster for Wu Xieyu, a student at China's top university suspected of murdering his mother, has gone viral on social media in the last week.

Wu, an economics student from Peking University and an elite student who has earned top marks since middle school, vanished after his mother Xie Tianqin's body was found in her residence in Fuzhou, the capital of the eastern province of Fujian, on February 14. Xie, who was a secondary school teacher, lived in a teacher's dormitory.

The wanted poster said the victim's 22-year-old son was a prime suspect in her death and he “had fled for fear of being punished.” 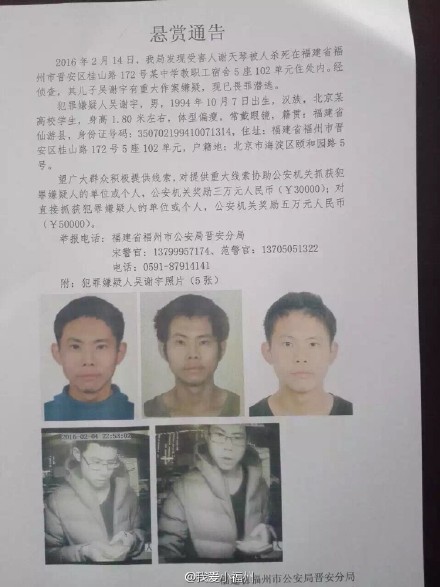 The case has shocked Chinese society as family are at the core Chinese values. Some blamed China's exam-oriented education system for neglecting students’ mental health.

The details of the crime indicate that the murder was premeditated and included a sophisticated escape plan. Xie reportedly was murdered last July. According to Wu’s online payment records, he had bought knives, waterproof cloth and a doctors’ coat in June, then activated carbon and large plastic sheets in July.

Her body was found wrapped in plastic sheets with activated carbon tucked into them, apparently to lessen any odor. The door of the dormitory was sealed to prevent odor from leaking out and surveillance cameras allegedly linked to Wu's phone were installed inside the room.

Wu allegedly faked his mother's resignation letter and sent it to the school in August. Police said he then borrowed about one and a half million yuan (approximately 230,000 US dollars) from relatives by sending messages from his mother's smartphone saying that the family needed the money to move to the US.

Xie's body was found when a relative came to the dormitory to visit her.

Friends of Wu have described him as a positive, well-disciplined person who is always willing to help. A bright student who consistently performed well on tests, he once won a cash award for his extraordinary performance on the GRE, a US graduate university entry exam. 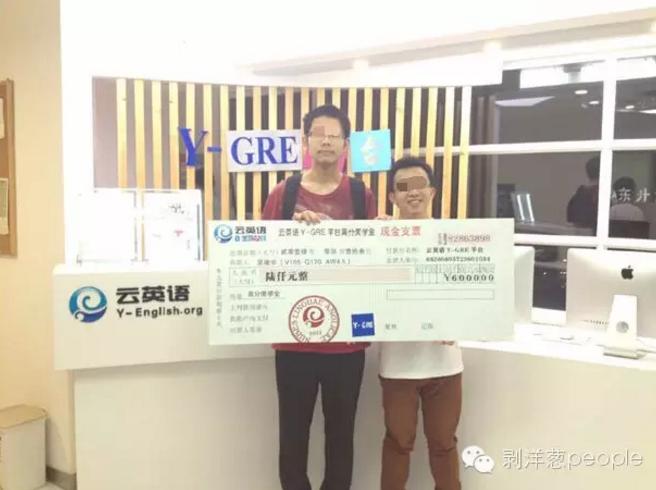 According to police, Wu was in a relationship with a sex worker, with whom he had filmed a few sex videos. They said he had proposed to marry her and offered her more than 100,000 yuan as a pre-wedding bride price.

The case has drawn a huge amount of discussion online. The majority of commenters assume Wu is guilty. Some argue he was born evil, while others believe such a tragedy could have been prevented had the education system paid more attention to students’ all-round well-being, instead of just academic performance.

Below are a selection of comments from one of the news threads on popular Chinese social media platform Weibo:

The mother’s education of her child was very successful, given that he entered the most prestigious college, meanwhile the mother’s education failed terribly given that she lost life. Psychological health matters more than anything else for a person’s life. The public is shocked by the student’s distorted human nature and ruthless behavior. What made a child hate his mother so deeply that he must kill her?

How sad for the exam-oriented education! Within the existing education system, only focusing on scores has made students more and more selfish, lacking love and kindness. They don’t understand how to endure humiliation or navigate their love life, instead they become jealous and greedy. Poisoning classmates, killing mothers…what will happen in the future?

Wu Zhihong, a well-known psychologist, joined the conversation and explained how long-time repression of emotions could lead to mental problems:

Freud said a person would have psychological problem if he or she can’t express aggression, namely hate, symbolically and reasonably. Some philosophers also said it’s better to make friends with those who can express anger. Those who just express love and kindness will probably deliver their hate and anger in a more destructive form.

Wu Xieyu is still on the run. High IQ criminal, matricide. The line between a genius and a psychopath is so thin. This is terrible.