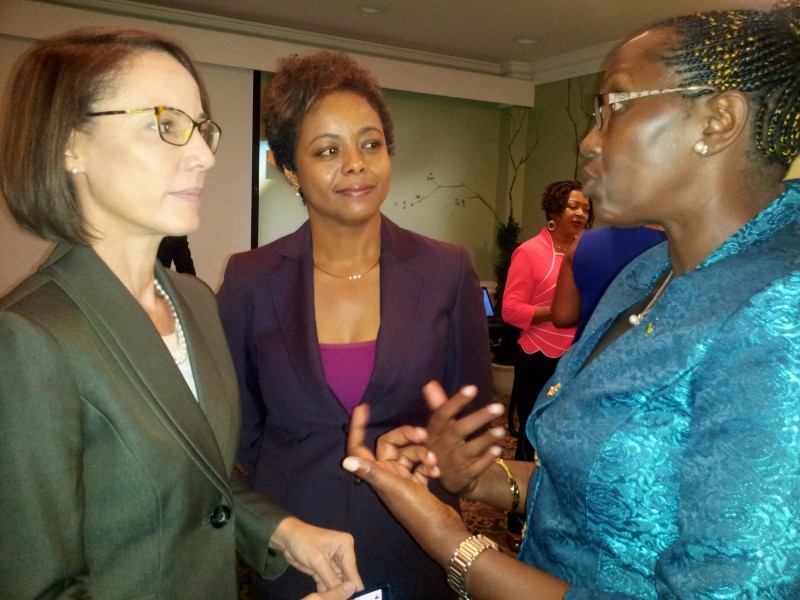 As Jamaica's youngest ever prime minister, 43-year-old Andrew Holness, gets down to work with his newly appointed Cabinet, the jury is still out on his Cabinet choices. As popular radio talk show host Emily Shields noted just prior to his announcement, his administration was in a “pickle” — thanks to his Jamaica Labour Party's slim 32:31 margin of victory, anyone slighted in his selection process could walk across the political aisle and force elections.

On March 7, the administration unveiled its 14 ministries and 18 Cabinet-level ministers. The most striking aspect of the new-look administration is the Office of the Prime Minister has absorbed a number of heavyweight ministries that formerly stood on their own.

In addition to being prime minister, Holness is minister of defence and of economic growth and job creation. The former ministry of land, environment and climate change and the housing, water and works portfolios will also come under the prime minister's capacious umbrella. Three ministers without portfolio (ministers who don't head a particular ministry) have also been appointed to help manage the concentration of responsibilities.

This appears to be an unprecedented and bold step, and it remains to be seen whether it pays off. Jamaicans were mixed on the set-up as well as the appointments.

Eyes on the environment

Environmentalists have expressed concern that, with the pressure to generate growth and jobs (growth in the last quarter was a mere 0.6%), environmental issues may be swept under the carpet without a dedicated ministry. Marine scientist Peter Edwards blogged:

Conspicuously absent in the list of Ministerial Portfolios is any mention of Environment, Sustainable Development or Climate Change. This is somewhat concerning given that page 31 of the JLP’s manifesto was dedicated to Environment and Climate Change. […]

[…] I would implore the government to please end the cycle of paying lip service to the environment. If indeed it will be housed in the [Office of the Prime Minister] then it needs to be applied across all portfolios not just Land, Housing and Water. Jamaica cannot achieve sustainable economic development without embedding Environmental Best Practices across all government agencies. One could argue that the environmental portfolio warrants its own Super Ministry but since this will not be the case how about each ministry having its own Environmental Unit, Office or Directorate? 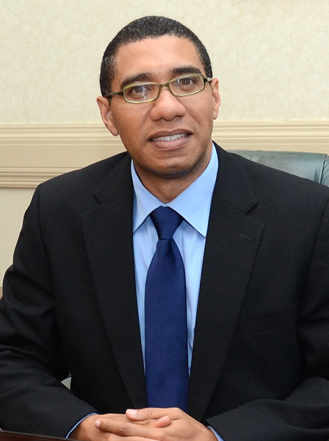 Andrew Holness, Prime Minister of Jamaica. Photo by The Commonwealth, used under a CC BY-NC-ND 2.0 license.

The appointment of two women to high-profile ministerial positions has also sparked comment and general approval. The astute Senator Kamina Johnson Smith is Jamaica's first ever woman Minister of Foreign Affairs and Foreign Trade. She shared a YouTube video on her ministry's “First Week on the Job” via her active Facebook page. Jamaicans seemed to appreciate her social media outreach efforts. As one commenter wrote:

Keeping us up to date with the happenings -now that's transparency and accountability! fantastic start!

Their appointments come after the Lower House of the legislature saw the number of women increase from 13% to 17% after elections, according to the 51% Coalition of women's organizations — still low, but a small step in the right direction.

A role for youth

With the Jamaica Labour Party's emphasis on young Jamaicans during the campaign, youth activist Kemesha Kelly blogged her approval with the education and youth Cabinet reshuffle:

I am happy that the ministerial portfolios of Education and Youth have been placed together once again. If for no other reason, it gives me hope that the fire in the student movement will be rekindled and students’ participation in school governance will be secured.

I know how difficult offering oneself for student leadership can be, but it teaches tremendous lessons… life long lessons

The concentration of ministries ‘is unheard of’

Some Jamaicans were uncomfortable with the prime minister's new mega-ministry. One woman, writing in a letter to the Jamaica Observer newspaper, asserted:

The ministers without portfolio have no real strategic power, but are implementers or mere managers. All strategic and policy power rests in, is rolled up into, and must be approved by Andrew Holness, the minister with the portfolios.

Additionally, outside of the traditional departments/agencies for defence and the Cabinet, Andrew Holness now controls departments with large budget allocations and reach. He has more combined ministries, departments and agencies under him compared to his other ministers with portfolio. That is unheard of, except in Cuba, Russia or China. Could the prime minister tell Jamaicans why he has given himself so much power? Does he understand that in doing so he has created a communist-style governance structure? How can Jamaicans be assured that he will not use this large concentration of power to his advantage?

The new administration has shown signs of greater openness, transparency and a greater accessibility to the media, and more officials are becoming aware of the need to communicate via social media. This is in contrast to the former People's National Party (PNP) government; former Prime Minister Portia Simpson Miller was generally wary of media interviews and tweets infrequently.

Unusually, Prime Minister Holness invited media to sit in on a part of his first Cabinet meeting; details of these weekly deliberations have always been secret, but followed by a press briefing.

The new minister of education, youth and information, Senator Ruel Reid (the former principal of a leading boys’ high school), opened a Twitter account a few days ago and tweeted from the meeting:

Good communication on the issues — especially via social media, although the influence of Facebook and Twitter may have been somewhat over-emphasized — was widely considered one of the key factors contributing to the success of Holness's party in the polls.

The others were the party's clear appeal to youth and an apparent recognition that times are changing.

As young blogger and public relations strategist CorveDaCosta put it:

On the contrary, the new voter in Jamaica will not vote because of loyalty to a party or what you have accomplished. What’s next is what they ask!..The new voter in Jamaica is screaming “I am forever undecided” — being resolute and bolstered in the belief that on both sides in Gordon House [Jamaican Parliament] there is good and voting issues-based has become the new standard.

With the Cabinet in place, the Holness administration can now get down to governing. But just as CorveDaCosta said about voting, many Jamaicans won't be judging the new government's performance based on party loyalty. Combine that increasingly demanding and critical electorate with its ultra-slim majority, and the Jamaica Labour Party administration's honeymoon is likely to be a short one.