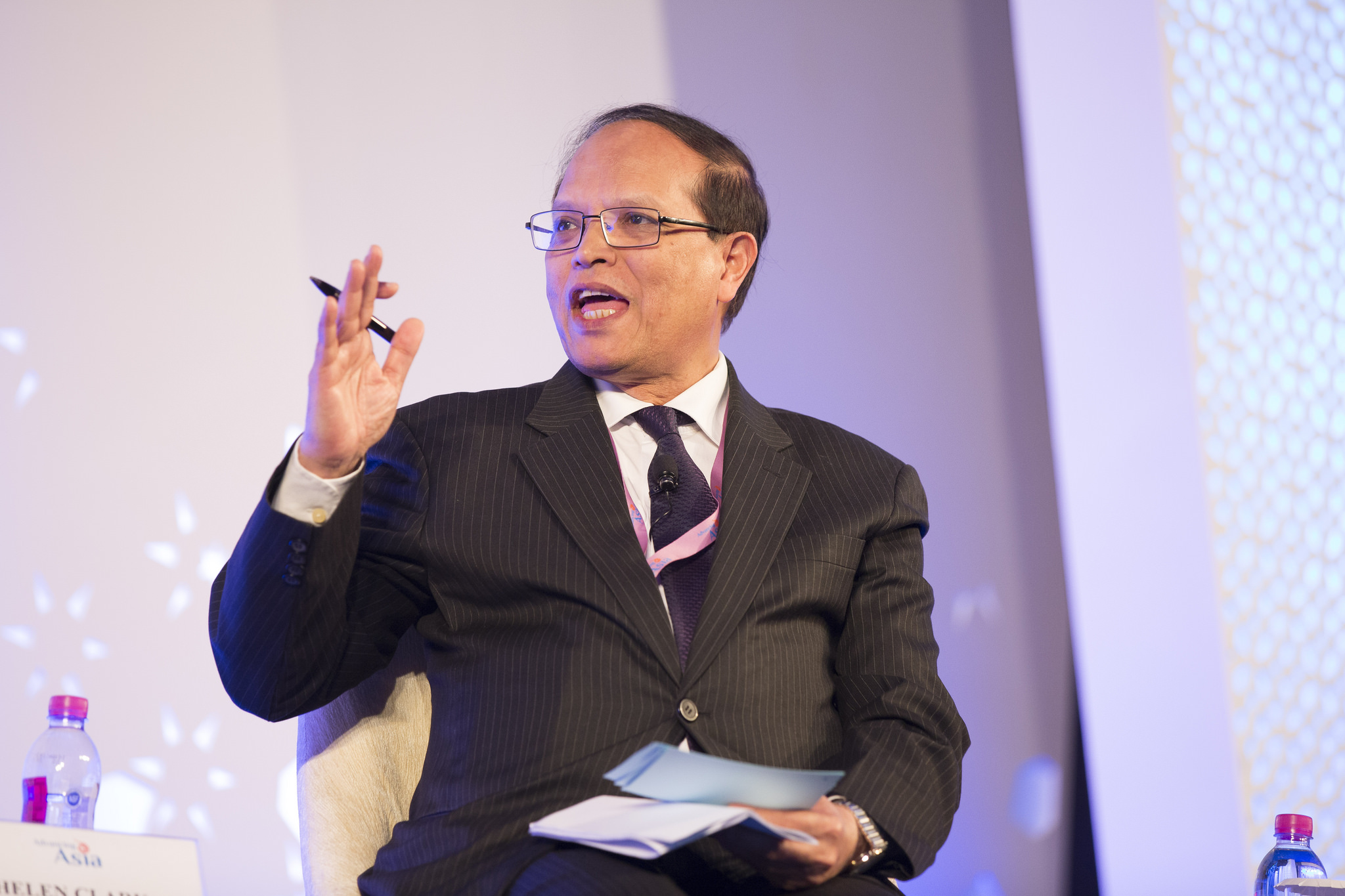 Atiur Rahman, governor of the Central Bank of Bangladesh. Image from Flickr by IMF. CC BY-NC-ND

His origin story has achieved almost myth-like status in Bangladesh. Born to a poor, landless farmer. Quit schooling early to help his family make ends meet. Defied the odds by obtaining a PhD in the UK.

Perhaps that's what makes Atiur Rahman's resignation from his position as the 10th governor of the Bangladesh Bank, the country's central bank, so anti-climatic. Atiur Rahman, a notable Bangladeshi economist, writer and banker, stepped down on March 15 over his failure to inform the finance minister that hackers had made off with $81 million from an account within the US Federal Reserve Bank. He was due to retire in four and half months.

The hackers were able to make transfers worth that much into the accounts of four men in the Philippines. They apparently took advantage of the fact that Friday was the weekend in Bangladesh and Saturday and Sunday were the weekend in the US.

Another unauthorized transfer request for $20 million to a Sri Lankan non-profit organisation got held up by an intermediary bank because the hackers misspelled the name.

In the meantime, the US Federal Reserve Bank had alerted the Bangladesh central bank about a series of suspicious requests to transfer money and around $850 million in transfers were prevented.

Bangladesh Bank kept the news of the theft quiet for more than one month, not informing the finance ministry. Instead, it hired Silicon Valley-based international forensic unit FireEye to investigate.

Bangladeshi blogger and computer security expert Ragib Hasan explained on Facebook two possibilities related to the heist. One is the use of malware, which could be installed by a small device like pen drive and later the information was hacked via keystroke recorder. And the other possibility is “an inside job” because you cannot tempt a machine, but can crack a human being:

[…] the easiest way to hack a system is fooling the users of the system, instead of cracking the system.

Bangladesh Bank is investigating eight officials who deal with foreign exchange transactions. It was revealed that the CCTV of the room was out of order and some of the officials found a SWIFT code enabled computer (the transfer requests were sent from a SWIFT code enabled computer) not working when they arrived at work the following day after the hack, but they didn’t inform their supervisors immediately.

It seems such a huge heist from the central bank is a world first. If the governor of Bangladesh Bank has some conscience and sense of responsibility, he should resign.

‘What a fantastic man to lose’

Following the tremendous pressure created by the finance minister's remarks, Rahman resigned on March 15. Despite this blight, his tenure was hailed in some international news outlets who credited his policies with helping Bangladesh become one of the world's fastest growing emerging markets.

In an emotional farewell speech, he talked about how he worked to increase Bangladesh's foreign currency reserve to $28 billion from $6-7 billion when he took the job six years ago. He said he was working to bring back the stolen money.

Blogger Rana Meher reacted on Facebook to his departure, saying it was unfortunately the right thing to do:

I am hurt that Atiur Rahman resigned. But as the head of Bangladesh Bank he needs to take the responsibility. And added to that was his failure to communicate to the concerned authorities.

What a fantastic man to lose over a national financial shortcoming, that is in no way one man's responsibility. It's a systemic fault, one that cannot be fixed if the the one honest and radical public servant has to resign over it — instead of receiving bureaucratic support to fight it and strengthen our security. Who'll do the dirty work now, or will it be hastily swept under the rug with a resignation?

Renowned TV anchor Abdun Noor Tushar questioned how his resignation would solve anything:

Dr. Atiur has resigned, that's his bold and honest move.

But what happened to nabbing the thieves?
How was the server hacked?
Who was looking after the cybersecurity?
Who is investigating the case?

It seems everyone is happy with only racking up allegations against Dr. Atiur.

The importance of comprehensive cybersecurity

According to Rahman, the Bangladesh Bank has already recovered some of the transferred money, and is working with anti-money laundering authorities in the Philippines to try to recover the rest.

If any good can come of this, it's to remind financial institutions around the world to take security seriously, Indian blogger Professor Jayant R Varma wrote. They need to improve their internal systems to combat patient hackers: