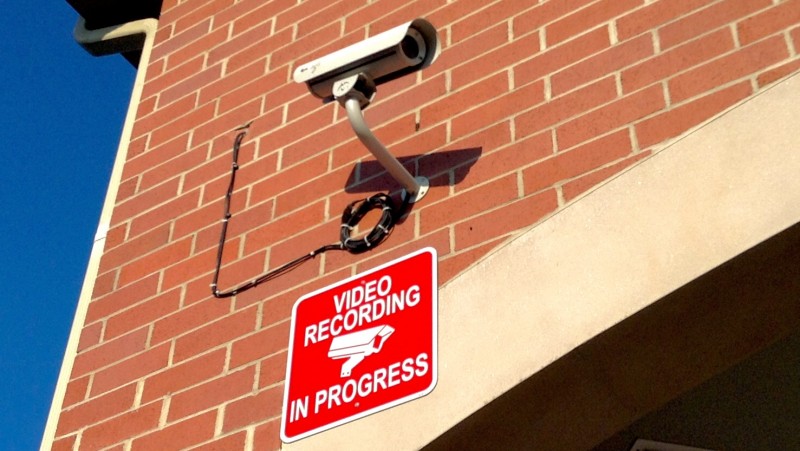 Videotape sex scandals have given Georgians the impression they are living in a surveillance state.

Dubbed moral terror, the latest instalment of Georgia’s “sex Wikileaks,” online sex-videos that target prominent public figures, has created a sense among many Georgians of living in an Orwellian reality, where ubiquitous secret cameras record the most intimate moments of citizens’ private lives.

“Everything you do in your bedroom can be used against you,” some Georgians joked in online debates after the latest recordings appeared on YouTube on March 11 and 14.   “You could be next!” warned a headline in the daily Rezonansi.

Who runs the control room in this perceived dystopia is open to debate. It is believed the security police possess a vast collection of sex-tapes, but the two videos posted since March 11 have targeted members of both the government and opposition.

The public consensus, though, clearly is that this latest video campaign was coordinated at a higher level. That puts extra pressure on the government, particularly in a parliamentary election year, to show its investigation is unbiased and thorough. It has asked for the FBI’s assistance in tracing the origin of the videos.

So far, five individuals have been arrested for alleged involvement in the scandal; one, Nikoloz Khachapuridze, is a Saakashvili-era employee of the interior ministry’s secret-police branch, the Constitutional Security Department. Another, Zurab Jamalashvili, is the father of a former employee of that same service, Vitali Jamalashvili, who came to prominence  after supposedly hacking into Ivanishvili’s personal computer during the 2012 parliamentary campaign.

(A 2013 EurasiaNet.org investigation found that the interior ministry allegedly offered to rehire Jamalashvili after the Georgian Dream took over the government. The ministry declined to comment.)

Along with those detained, much of the public attention about the scandal has focused on the pro-Western, opposition Free Democrats Party, headed by 42-year-old ex-Defense Minister Irakli Alasania. The group is shaping up to be an alternative to the ruling Georgian Dream coalition and the country’s largest opposition party, the United National Movement, in this year’s parliamentary vote.

Two members of Alasania’s party have been depicted in the videos, one of which threatened that Alasania himself was coming up next.

In March 15 comments on a TV talk show broadcast by the UNM-friendly Rustavi2, the ex-minister blamed both the Georgian Dream and the United National Movement, its predecessor under ex-President Mikheil Saakashvili, for secretly filming the private lives of high-profile citizens to ensure their loyalty.

“The blame belongs to the old government [UNM], which began making such tapes, and also to the new government [the Georgian Dream], which failed to protect the public from the spreading of these tapes, and itself also is engaged in doing the same,” Alasania charged.

He connected the latest releases to a recent opinion poll which revealed sagging support for the coalition. Alasania and the Georgian Dream parted ways in 2013 over the then minister’s soured relations with its founder, ex-Prime Minister Bidzina Ivanishvili, who, sensing a potential political rival, once publicly hinted about an alleged tryst between Alasania and the wife of a senior UNM member.

On March 14, Alasania’s wife, Natia Panjikidze, the sister of ex-Foreign Minister Maia Panjikidze, took Ivanishvili to task for what she sees as his role in the video-scandal. “I am really surprised that you attach so much importance to my role and that you believe that destroying my family would weaken Irakli [Alasania],” Panjikidze wrote on Facebook.

Ivanishvili has not yet responded to the allegations against him.

Accusations against the billionaire ex-premier also have come from Rustavi2’s general director,Nika Gvaramia, who, last fall, was embroiled in a bitter ownership dispute over the station that supporters argued masked a government takeover-attempt. Gvaramia has claimed that he also has been targeted by video-threats.

On last night's Rustavi2 talk show, senior Georgian Dream MP Eka Beselia charged that Gvaramia himself, as a former general prosecutor and justice minister under Saakashvili, shares the blame for the disturbing practice of videotaping sex, which, she claims, began under the former president.

Yet prominent TV journalists Inga Grigolia and Eka Mishveladze have said that they received, respectively, threats to expose their private lives both before and after the Georgian Dream’s 2012 advent to power.

Mishveladze's husband, former State Minister for European and Euro-Atlantic Integration Alexi Petriashvili, one of the leaders of Alasania's Free Democrat Party, was recently brutally beaten and shot in Tbilisi. Petriashvili survived the attack, which rumors link to either a political or personal vendetta.

Mishveladze did not specify if she suspects a connection between the video threats and the attack against her husband.

Human rights watchdogs have expressed skepticism about the authorities’ ability to get to the bottom of a video-scandal, however,  that, they claim, may involve high-ranking government officials.

Meanwhile, nerves are fraying over the affair in parliament, where a tussle broke out on March 16 between Georgian Dream and UNM members.