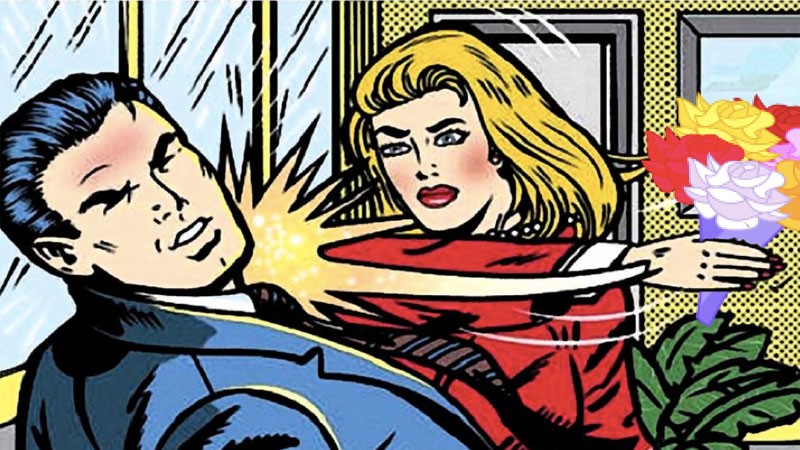 Visitors to Russia’s new “I Want Flowers” service are greeted with the following question: “Has it been a while since your boyfriend gave you flowers?” The website then assures its audience that it can help. Before explaining how, it offers four explanations for why boyfriends don’t gift their ladies flowers: he’s too busy, he doesn’t think it matters to women, he thinks flowers are a waste of money, or he thinks flowers are only necessary on holidays.

With this brainstorming out of the way, “I Want Flowers” explains what it does: it doesn’t send anyone flowers, it spams targeted social media accounts with advertisements about buying flowers for their girlfriends.

“Using modern Internet-advertising tools,” the website says, ”we delicately remind your boyfriend that it’s been some time since he’s gifted any flowers, and point out that flowers are important to women.”

Customers can buy three different tiers of “reminders,” ranging from 50 rubles (about $0.75) to 150 rubles ($2.20), spending more cash for bigger, more intrusive advertisements. Along with the payment, all the service needs is a link to the boyfriend’s account on Vkontakte, and the automated romance takes over from there. 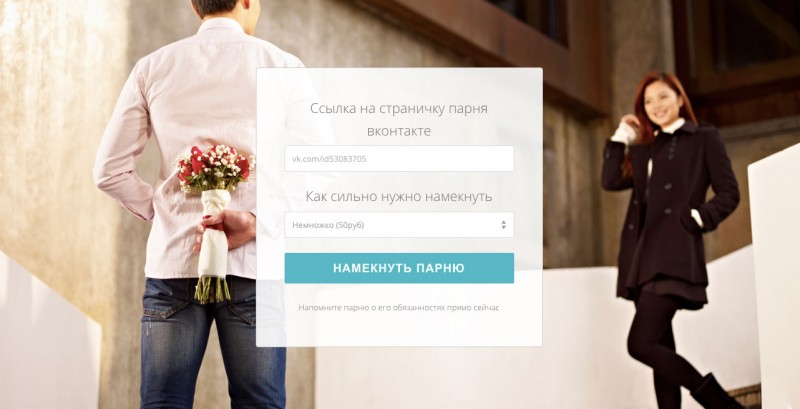 According to the news site TJournal, the service launched in late January. It’s headed by the marketing agency AddZIP, which is based in St. Petersburg and Veliky Novgorod. The agency told TJournal that the website is an entirely commercial project that’s already generating revenue. AddZIP says it’s planning similar services, directed at both boyfriends and girlfriends, designed to remind partners to perform various acts for one another. (There doesn’t appear to be any talk of appealing to same-sex couples.)

Some Vkontakte users have indeed taken notice of the service, though not all women are jumping at the chance to spend money on Internet ads meant to improve their relationships. For example, Elena Ochkova wrote [post is now hidden] about the “I Want Flowers” website on her Vkontakte page, “I’d rather just buy myself some little tulips than waste money on this pointless, demeaning crap. No?”