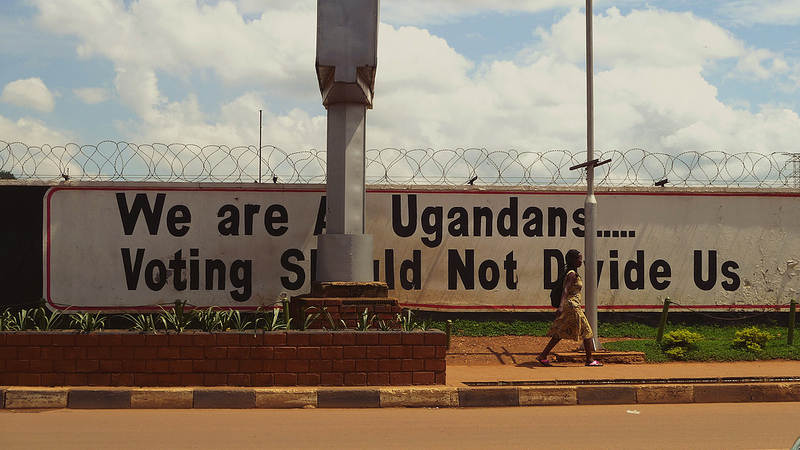 “We are all Ugandans….voting should not divide us.” Poster in Uganda, 2012. Photo by pixelthing via Flickr (CC BY-SA 2.0)

On the heels of a forced social media shutdown during presidential elections in February 2016, Ugandan parliamentarians may soon impose new levels of state control over social media. According to Minister for the Presidency Frank Tumwebaze, regulators want to amend the Uganda Communications Act 2013 in order to “regulate what goes on in the communication sector for the good of Ugandans and their security,” though the exact provisions of the regulation are unclear at this stage.

What has been confirmed is that supporters of the change would push to remove a clause that requires the communications minister to obtain approval from parliament before making any change to the Communications Act. In short, this would remove a critical check on the minister’s power, broadening his abilities to change policy unilaterally.

In an interview with Nigerian tech news site TechCabal, opposition Member of Parliament Kassiano Wadri warned that the amendment could have disastrous consequences for the country:

“The decision to grab the power of parliament is intended to instil fear in the population because President Museveni wants to be a big brother. Parliament is there as a checking mechanism, and removing this mechanism will lead to a dictatorship.”

Meanwhile, Nigeria’s Senate has revived a contentious social media bill that could endanger free expression in the country. Known by its critics as the “Frivolous Petition Bill” and the “Anti-Social Media Bill,” the legislation imposes harsh penalties for sending tweets or text messages that contain false statements against a “group of persons” or an “institution or government.” Violations are punishable by fines as high as N2,000,000 (US$10,000) or two years in jail. The bill remains contentious within the Nigerian government, with the nation’s chief justice supporting it and the attorney general of the federation opposing it. Digital rights advocates and various public figures have widely criticized the initiative.

This month in thuggery: Egypt, Bahrain, Turkey and Saudi Arabia

Three Egyptian teenagers, all of them minors, were sentenced to five years in prison and a fourth was placed in a juvenile facility on blasphemy charges for posting a video online mocking ISIS. Relatives of the teens, who are Coptic Christians, said their teacher filmed the video in 2015 following a video release by ISIS showing the beheading of 21 abducted Christians.

Bahraini activist Zainab Al Khawaja was arrested by government officials along with her one-year-old baby, on the fifth anniversary of the arrival of troops from Saudi Arabia and the UAE to crush pro-democracy protests in the country. It’s unclear what triggered her arrest, though Al Khawaja has over three years’ worth of prison sentences against her — including for ripping a picture of Bahrain’s monarch and for allegedly “insulting” a police officer — that have been pending since last year.

Kurdish reporter Hayri Tunç may be facing years in prison for posts on Facebook, Twitter and YouTube documenting the plight of Kurds in Turkey. He was placed on trial detention in February on charges of “terrorism propaganda”, “abetting criminal acts” and “glorifying criminal acts”. The first hearing in his case was held on March 11 in Istanbul, where the court ordered him released from detention before adjourning his trial until May 24.

UN Special Rapporteur on Privacy Joseph Cannataci warned UK officials that the country’s draft Investigatory Powers law on surveillance “undermines the spirit of the very right to privacy” and would have “negative ramifications far beyond” its shores. Cannataci presented his first annual report to the Human Rights Council in Geneva, highlighting the bill as one of the most important global privacy-related issues in the last year.

A Chilean court of appeals banned the use of video surveillance balloons by two municipalities in a unanimous decision. The surveillance balloons in question were created in Israel and are used on the Gaza Strip and in the Mexico-US border. They employ a 360-degree camera with night vision and a laser pointer, capable of recognising a moving person from a distance of more than 1.5 kilometers. The court found that neither security nor public transit policies were reason enough to violate the right to privacy and the sanctity of homes.

Bahraini officials are taking an alternative approach to uncovering the content of WhatsApp messages: the Education Ministry recently ruled that secondary school heads examine the messages of all teachers and students, threatening to take action against anyone sending messages that “insult authorities”.

Google confirmed its plans to extend the scope of the Right to Be Forgotten beyond European search engines. It will restrict access to delisted information on all Google Search domains while still targeting the removals by country, using IP addresses and other geolocation signals to identify users’ locations. The company will automatically apply the change retroactively.

The German federal competition authority announced plans to investigate Facebook under antitrust measures, claiming Facebook is using unlawful terms and conditions related to its collection of user data, which it says may constitute an abuse of a dominant market position.

Transparency reports show takedown requests on the up

Twitter’s latest transparency report revealed that Russian authorities’ requests to take down content grew more than 25 times in the second half of 2015, compared to reports from previous periods. Only six of the requests were accompanied by court orders, with the rest coming directly from government agencies or the police. Twitter withheld some content in only 5 percent of the cases.

Meanwhile, Google says that the number of requests it has received to remove copyright-infringing content has doubled over the past year, soaring to over 76 million requests.

The Internet Corporation for Assigned Names and Numbers submitted to the US government its plan to transition the management of the Internet Assigned Numbers Authority out of the US Department of Commerce and over to the global community. The result of a controversial two-year negotiation, the plan will now undergo review by the US National Telecommunications and Information Administration, which must get it approved before ICANN’s contract expires in September 2016. 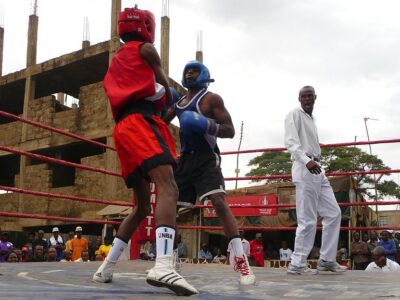