Let’s Tour the Lima and Mexico City of Yesteryear 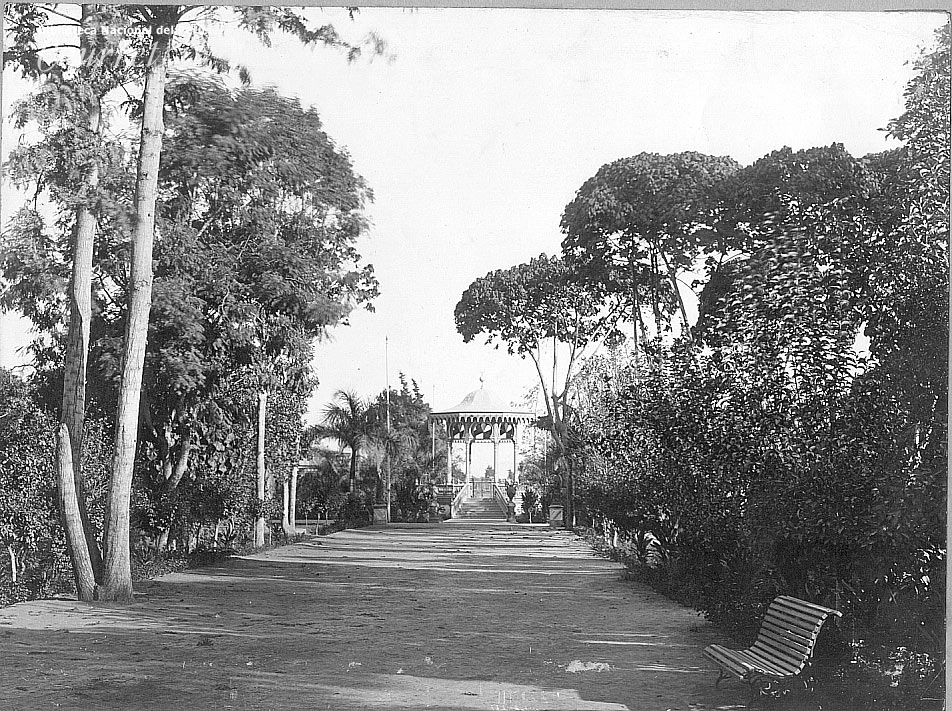 Every place has a story to tell, but the stories of some places go untold for centuries. Thanks to photography and the speed and reach of the Internet, some of Latin America's oldest stories are now available to everyone.

In this text, Global Voices presents historical photographs from two Latin American cities: Lima and Mexico City, the capitals of the two largest civilizations Spanish conquistadors encountered in the 16th century. It was in these cities, too, that Spanish conquerors established viceroyalties to manage a Latin American empire that would last three centuries.

The photograph above depicts the Park of the Exposition in Lima, located where the Gate of Guadalupe used to stand, on the south side of the Walls of Lima. When the walls were demolished, the park was built on that same location with the Exhibition Palace at one side, where you can currently find Lima's Museum of Art.

Below is a picture of La Colmena (“The Hive”) Avenue, which currently goes by the name of late 19th century President Nicolás de Piérola, was located at the southern limit of what's known now as Damero de Pizarro (“Pizarro's Checkerboard”). After years of decline, now it's a commercial zone. 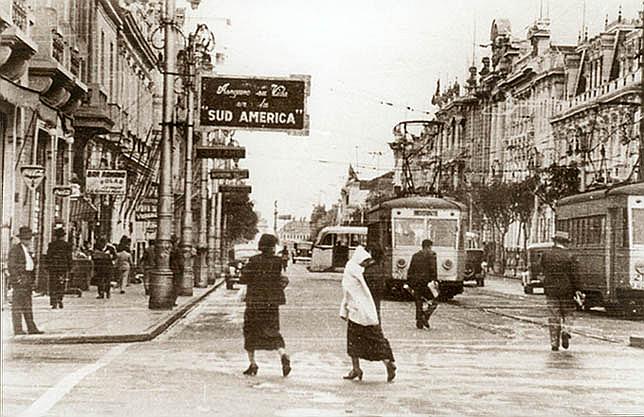 The Limean district of Miraflores is a residential and commercial area, and home to many tourist spots. The photograph below, taken in 1980, shows the local main square. 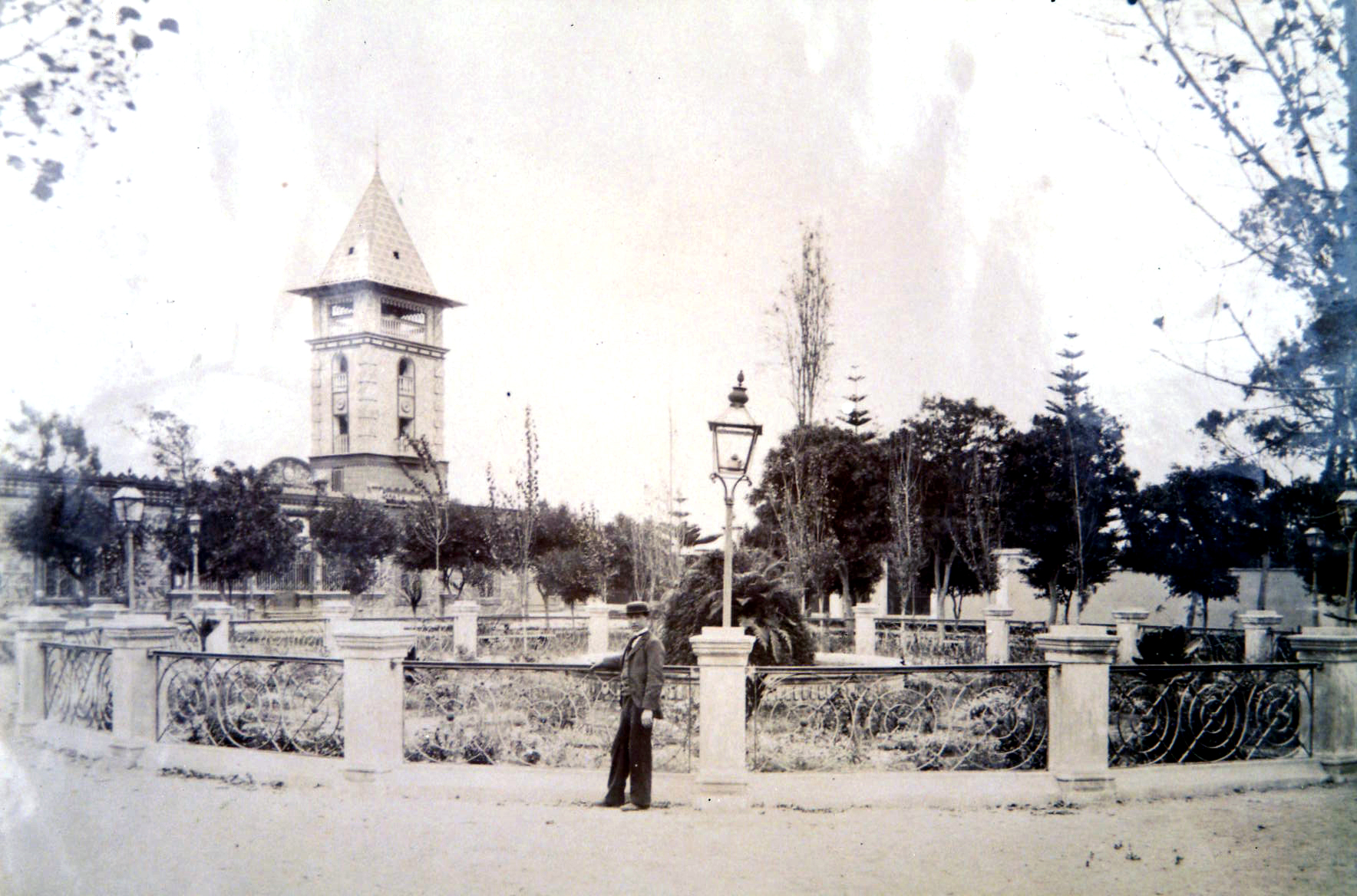 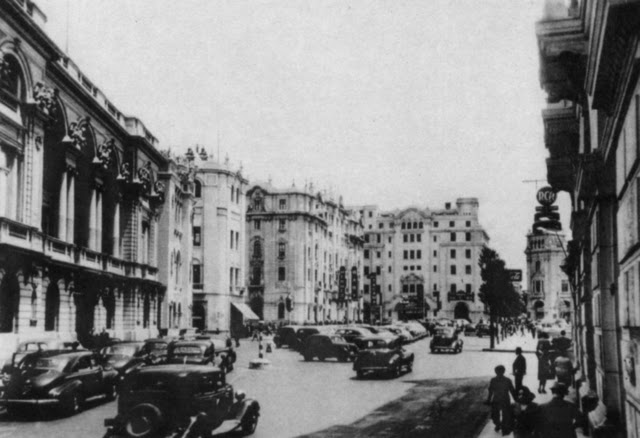 In Lima, it's said that the only person capable of facing up to José de San Martín is Simón Bolívar—both larger-than-life figures of the region's history who led independence movements in Peru.

Decisive battles fought during Peru's independence movement are largely responsible for how these leaders are remembered today. This is how the tradition was born, and—as Limean people like to say—that's how the hotel got its name.

There are more photos available at the Facebook page Lima Antigua.

A Nostalgic View of Mexico's Capital

For photos of Mexico City, the Facebook page La Ciudad de México en el Tiempo (“Mexico City Along Time”) offers images of a city that is no longer there, but for its photographic remnants. 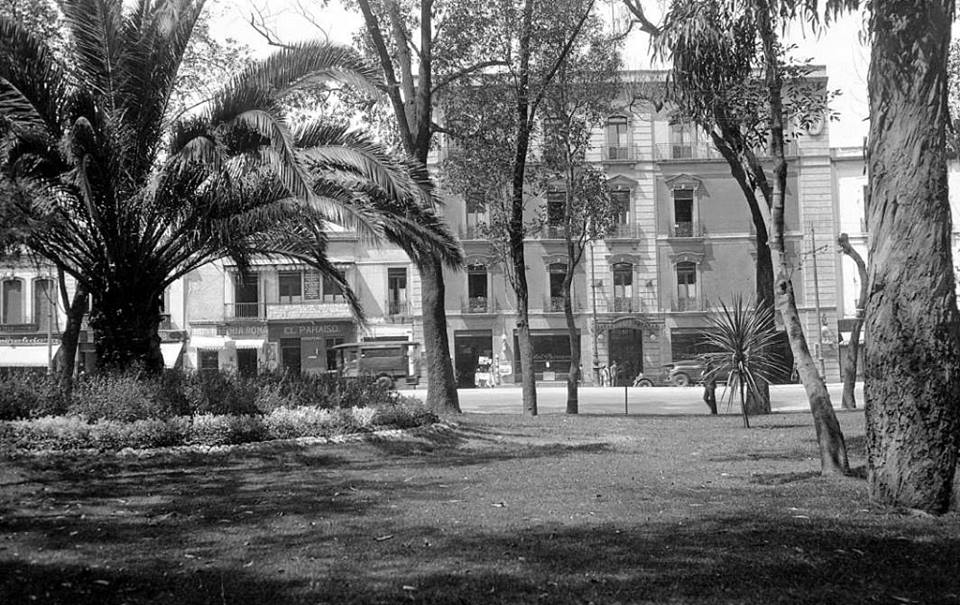 The next photograph shows the corner of 20 de Noviembre and Venustiano Carranza avenues, also in Mexico City. On the left, there is the Church of San Bernardo, and on the south side is Constitution Square, known as the Zócalo. 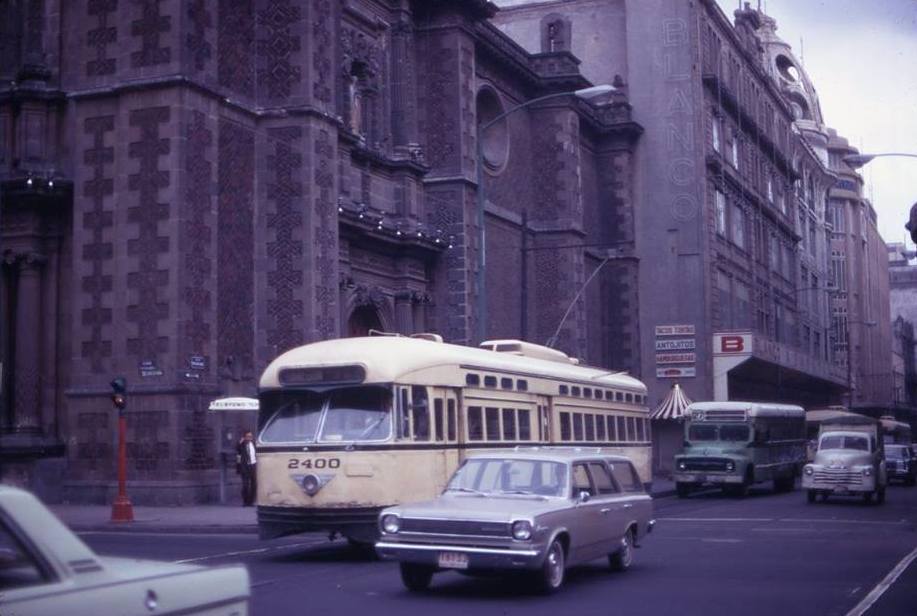 The next photo was taken in 1967 at the intersection of Balderas, Arcos de Belén, and Chapultepec, when the city's metro has just begun operating. To the left, we see Arena México, known as the “Cathedral of Mexican lucha libre” (wrestling), and part of Televicentro, now Televisa Chapultepec. 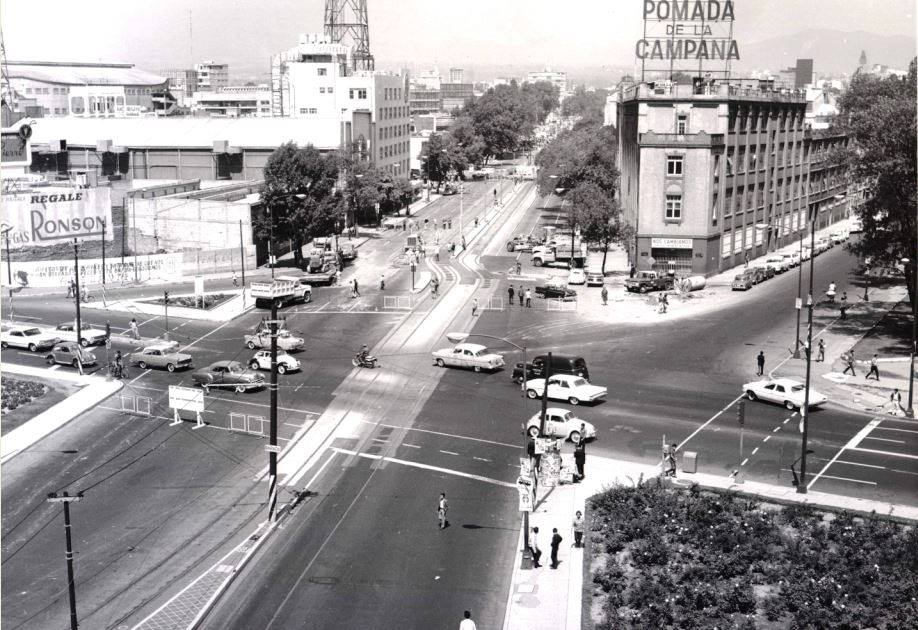 This last photograph shows Bucareli Avenue in 1978. (It's no longer a two-way road.) To the left, we see the El Universal newspaper building and to the right the Excélsior newspaper building. The building in the background, on the corner with Morelos, was demolished after the 1985 earthquake. 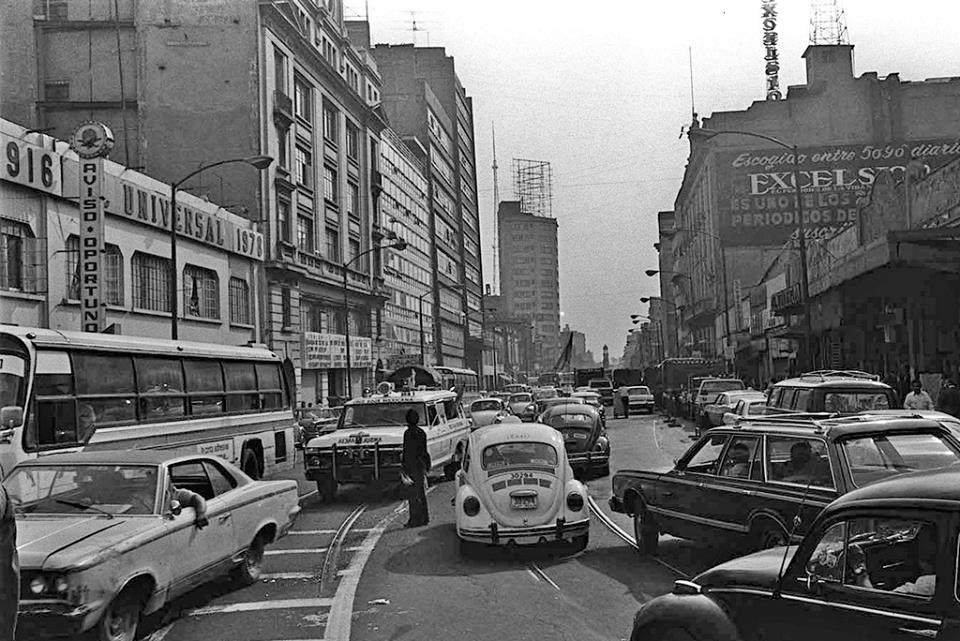