Uber Is Now Sharing Data With the Moscow Transportation Department 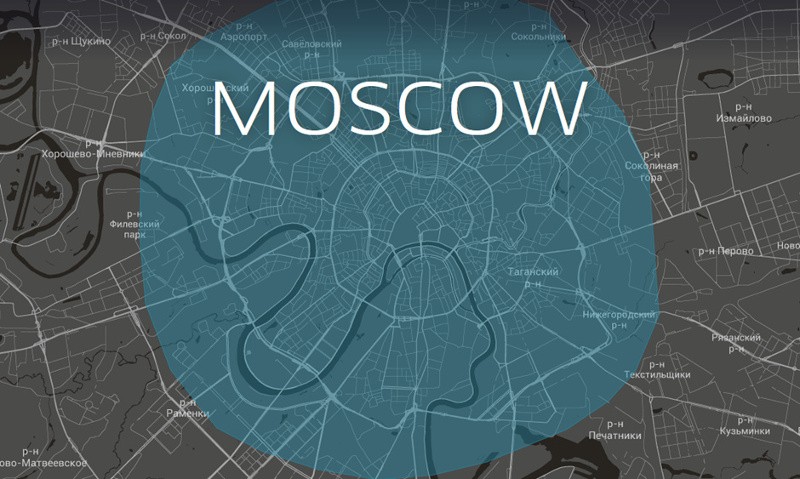 Uber is now cooperating with the Moscow authorities and sharing their car movement data with the local transportation agency. Images edited by Tetyana Lokot.

Uber, the alternative taxi riding service, has signed a collaboration agreement with the Moscow authorities. As part of the agreement, the company will have to part ways with unlicensed taxi drivers—and, allegedly, to share driver and passenger data with the local government.

RBC news agency reports that Uber, the world's largest mobile taxi ordering service, was given 90 days by the Moscow transportation department to make sure all its registered drivers are licensed by the state. Both the department and Uber's press service confirmed the signing of the agreement.

The collaboration agreement has two main provisions. First, Uber agrees to work only with licensed taxi drivers who have a state permit to drive a taxi cab. This differs from Uber's policy in the US, for instance, where the company offers an alternative to hard-to-get and expensive taxi cab licenses, allowing ordinary drivers to earn cash by offering their transportation services through the Uber app. Because of this lenience, Uber's work is banned in several other countries that impose stricter regulations on the taxi cab market and insist that using unlicensed drivers is unsafe and illegal.

The Russian capital's authorities insisted that Uber sign an agreement with them in 2015, but the company kept asking for extra time to hold consultations with its top management in San Francisco. In February 2016, the Moscow transportation department even threatened to sue Uber and ban it from working in Moscow if they failed to deal with the license requirements. RBC's sources also claim some of Uber's top managers visited Moscow for negotiations with local authorities and demanded access to the state Interior Ministry data bases to check for the drivers’ criminal records. This demand got no sympathy from the city's transpotration department, whose officials claimed such information was outside their reach.

Beyond only working with “legal” drivers, the agreement obliges Uber to share their car movement data with the city's transportation authorities. The data on Uber cars and their movements about town is supposed to be passed on to the Moscow city government's Traffic Organization Center, which the transportation officials believe will improve the work of the city's new Intellectual transportation system that pools data from the various municipal transportation networks and monitors traffic in real time.

Little is known about how exactly Moscow officials use the data from their transportation partners, beyond pooling it with information from state-funded public transport. The Intellectual transportation system in Moscow uses a combination of methods to monitor and aggregate traffic data, including GPS monitoring systems, a CCTV network for recording traffic violations, parking cameras, tools regulating street crossing lights, and a networked alerts system for drivers and passengers.

Uber's main competitors in the Russian market, Yandex.Taxi and Gett, have already signed collaboration agreements with state agencies (Yandex.Taxi signed theirs back in 2014, and Gett signed theirs in January 2016), and both now employ only licensed drivers and share their ride data with the Moscow transportation department.

Uber currently works in 400 cities in 68 countries around the world. In Russia, the service is available in eight cities, but Uber's VP Ryan Graves told RBC that the company plans to be operating in 17 Russian cities by the end of 2016.

Uber, dubbed the most expensive startup in the world, counts several Russian businessmen among its investors: Ziyavudin Magomedov (owner of Summa group), Alisher Usmanov (through his company USM Holdings), and Mikhail Friedman, whose LetterOne investment fund invested $200 million in the service.