Kyrgyzstan Keeps Half an Eye on Renewables 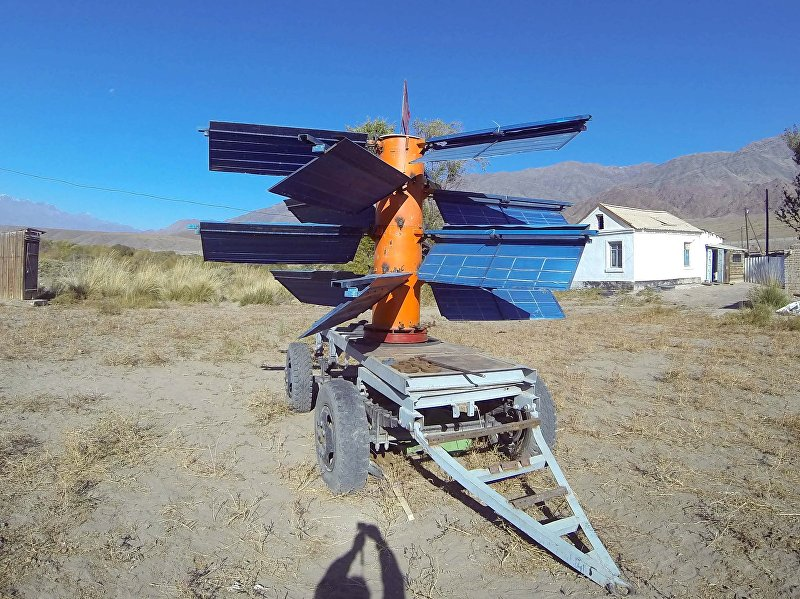 An energy deficit in Kyrgyzstan is stimulating a rise in renewable energy practices and optimized consumption, but the shift cannot come quickly enough.

Sometimes supported by international organizations, other times self-funded, both local businesses and individuals have started implementing a number of innovative projects tapping the country's wind, solar and hydro potential.

Emil Tursunov is the proud designer of the truly innovative wind turbine in the photo at the top of this article.

Its benefits are clear: ease of manufacturing and installation, mobility, low operating costs and the ability to function in both high and low speed winds.

The object's adaptability to different weather conditions and the smart integration of solar panels ensure reliable and efficient energy conversion.

The payback period is around three years — a relatively short term made possible by the low construction costs ($1,000-2,000 depending on production volumes) — while the turbine can produce enough energy to power household devices and provide electricity and heating for a small apartment.

Before an intended switch towards mass production, Tursunov plans to display the model at EXPO-2017, an international exhibition themed on ‘energy of the future’ in neighbouring Kazakhstan.

Wind energy remains relatively untapped in Kyrgyzstan, even though it could cover up to 7% of the energy needs of rural communities that make up over half of the country's total population.

Yet whether generating electricity for household consumption or powering water pumps for farms, wind's popularity is growing, especially in the north. 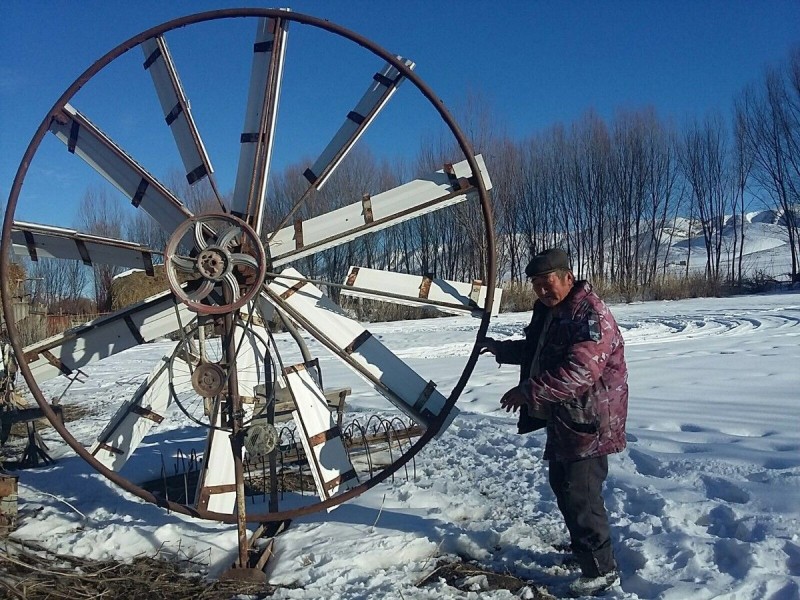 Solar batteries on the rooftop of the school in Ak-Tilek. Photo by BIOM

While the government introduces new changes to school schedules, extending the winter break in order to reduce consumption of heating, an experimental school in the south of Kyrgyzstan has taken a different approach to saving energy.

For the last four years, school No. 52 has been benefiting from energy-efficient infrastructure and solar batteries on its roof.

The batteries, although expensive, have significantly reduced the school's utility bills.

Solar energy is used to heat the water for the canteen, bathrooms, and gym showers.

The innovations are expected to pay off their initial investment in less than nine years. 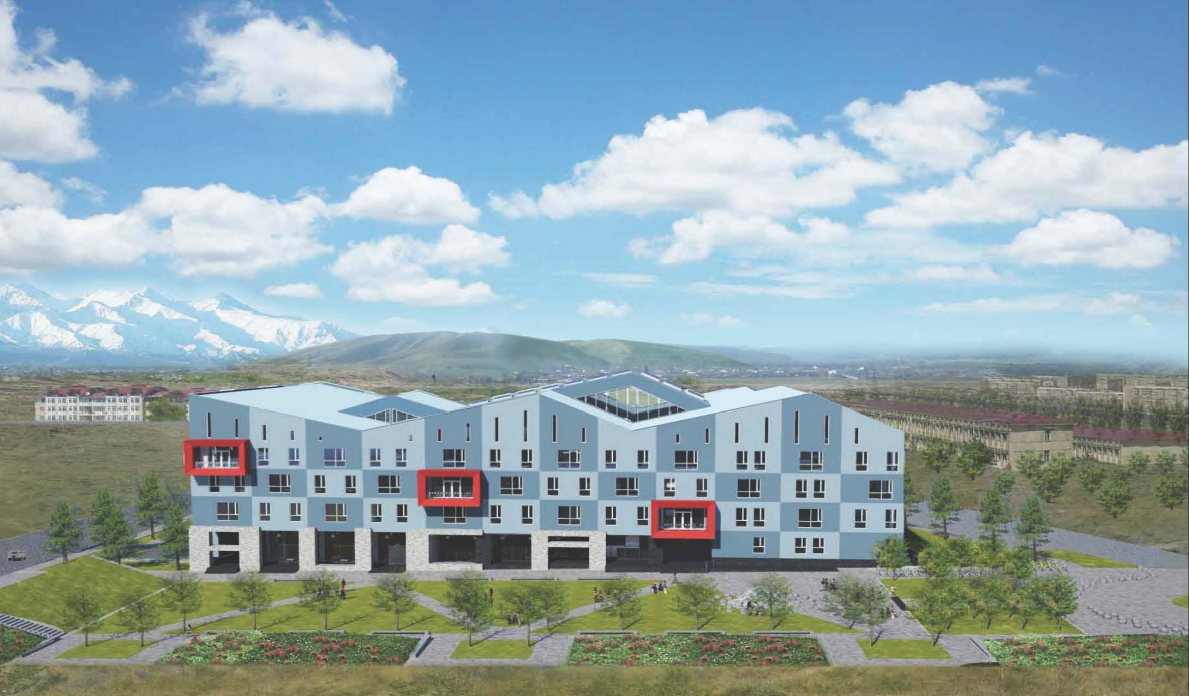 The American University of Central Asia that opened the doors to its new campus in 2015 was the first private company to introduce geothermal heating in the Central Asian region.

The practical value of geothermal heating systems, known for years, has been mostly ignored in Kyrgyzstan and Central Asia as a whole.

US Secretary of State John Kerry said at the opening of the new campus last year:

This new campus is special because it is the first private construction project in Central Asia that is clean green all the way –- that means geothermal heating and cooling, state-of-the-art sewage, irrigation systems, and the highest standard of energy efficiency in the entire region.

In simple terms, a geothermal pump exchanges heat between a building and the ground.

During the cold months, it uses the heat absorbed from the ground and transfers it into the building. For cooling, it goes the other way: extracting  heat from the building and taking it down to the ground to cool.

Geothermal heating's efficiency and low maintenance costs make it attractive from an economic standpoint. The university expects to have reduce energy consumption by 87% over time, justifying an expensive initial investment in the pump.

Currently, it is the start-up costs of such projects, combined with the Soviet legacy of subsidised electricity, that is discouraging more businesses in the country from taking the same route.