Social Media's impact on the 2016 general election in Niger 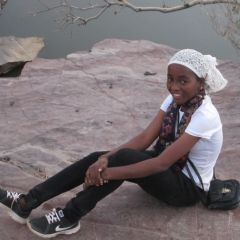 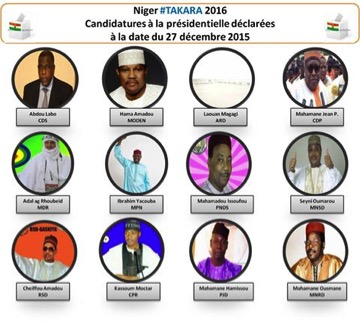 The first round of the Nigerien 2016 general elections took place Sunday, February 21, 2016. The second round will take place on March 20, 2016 to elect the president and national assembly members.
In Niger, the electoral system consists of two rounds of first-past-the-post voting. A candidate is elected if he or she receives more than 50% of the vote. If not, the two candidates having received the most votes compete in the second round, which takes place three weeks later.  The winner of the second round becomes president.
The outgoing president, 63 year-old Issoufou Mahamadou, is seeking a second-five year term. According to results published this Friday, February 26th by the National Independent Electoral Commission (CENI), he is credited with nearly 48.41%, forcing him to confront his main opponent in the second round- Hama Amadou, who has received on his part 17.41% of the vote. The opposition has already accused authorities of fraud and announced they would not recognize the results. But the opposition is not the only one making accusations : a number of observers are questioning the CENI's operations. Even in the front-runner's camp, some find polling carried out in haste, with polling station members named and trained at the last minute. 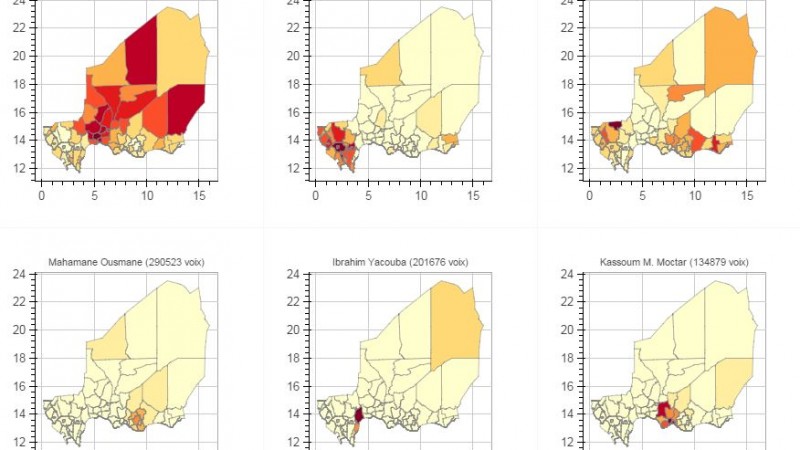 Mapping of the first-round of elections in Niger via G. Luton

The use of social media by Nigerien youth during these elections is very promising. Between various discussions on the electoral process, young people and supporters of the different candidates and political parties are expressing themselves in order to give their views on the elections via Facebook, Twitter, and Whatsapp; easily conveying information from around the country. We are are also expecting to monitor the vote live in different corners of the country, and the subsequent announcement of the results via social media. The youth are no longer interested in radio or TV, because a smartphone is more than enough to follow events live.  Therefore, the result of everything that is happening in the country is posted on Twitter with the hashtags : ‪#‎présidentielles‬ ‪‪#team223 ‪#‎jevote‬ ‬ ‪#‎jevote‬ ‪#‎pour‬la‬‎stabilité‬ #Takara2016 #NigerVote #niger.

For the first time in the democratic history of the country, social media has played an important role in the campaigns of the different candidates and parties.  For journalists and media figures, the various publications have been a truth wealth of information. These new means of communication have allowed high-level dialogue; on the one hand to be debated and documented between Nigeriens of diverse backgrounds, and on the other between political adversaries. As well they've allowed our leaders an insight into what the international press in particular think of our elections.  Moreover, we can see that social media allows our policy makers, who are becoming more and more present on social media, to listen to the concerns of a conscious generation and possibly address those concerns once in power.
Finally, it's important to note that the most important problems in Niger which are election fraud, civil disorder, corruption, misappropriation of funds, unemployment, and the looming threat of the armed group Boko Haram, have been discussed extensively on social media.