How Cambodian Politics Became a Battle for Facebook ‘Likes’ 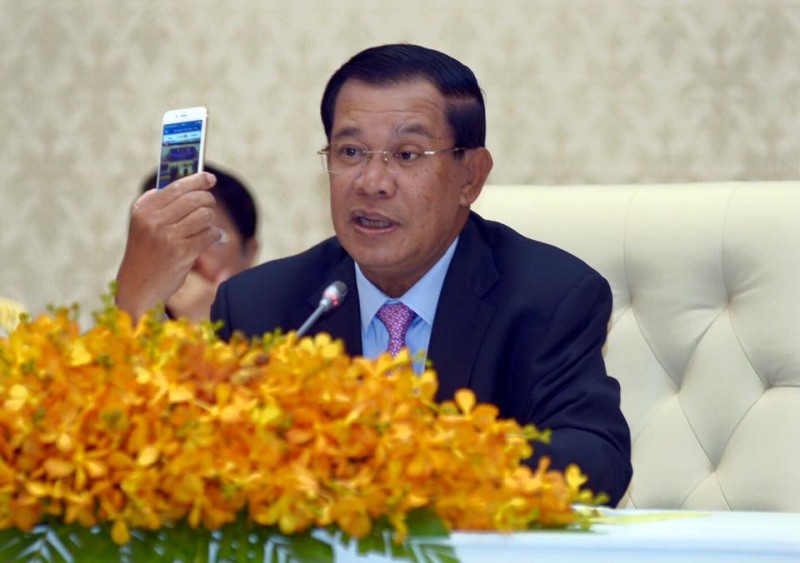 Cambodia’s opposition leader, Sam Rainsy, faces a defamation suit after he claimed in a Facebook post that the government is creating and buying fake accounts to boost “artificially” Prime Minister Hun Sen's support on the website.

On March 6, 2016, the number of likes of Hun Sen’s Facebook page reached 3 million—a remarkable development, given that Hun Sen only endorsed the page six months ago. Meanwhile, Sam Rainsy’s page has 2 million likes

The newspaper Phnom Penh Post published an analysis of Hun Sen’s recent Facebook likes, finding that 779,000 Facebook accounts liked Hun Sen's page in the past month, but only 157,331 were located in Cambodia. Most of the accounts were based in India (255,692) and the Philippines (98,256). Despite having a million fewer followers, Sam Rainsy has more Facebook likes from accounts located in Cambodia, the newspaper's investigation found.

This prompted Sam Rainsy to accuse the government of promoting Hun Sen's  Facebook page by “hiring poor and jobless” Internet users in India and the Philippines.

A significant number of those “likes” were obtained by hiring poor and jobless people to create fake Facebook accounts so as to provide artificial “likes” to Hun Sen. Most of the people hired to do so are living in India and the Philippines.

He uploaded a photo containing instructions from a government minister on how civil servants should maximize support on Facebook for Hun Sen. Members of the ruling Cambodian People's Party have also reportedly been urged to unlike the Facebook page of Sam Rainsy:

- Get into SR (Sam Rainsy)'s Page to “Unlike” it so as to reduce the number of “Likes” for this page.

- Executives at all party (CPP) levels must constantly monitor the execution, at the grassroots levels, of the above tasks that are part of a vast campaign to secure victory at the forthcoming elections.

Sam Rainsy said the instructions prove how the government is manipulating the surge in popularity of Hun Sen’s Facebook page:

These instructions clearly show that the ruling CPP is pushing — on a large scale — its officials, supporters and networks — including civil servants, policemen and soldiers — to create fake Facebook accounts in order to provide artificial “likes” to Hun Sen's Facebook page.

A minister mentioned by Sam Rainsy confirmed that the government is aggressively endorsing Hun Sen's Facebook page, but denied that it is creating fake accounts. He accused Sam Rainsy of twisting the truth and maligning the reputation of the country’s leader.

Regardless of the authenticity of the accounts liking the Facebook page of Hun Sen, the social media strategy of the prime minister seems to be working. He was cited by the Burston-Marsteller PR firm for having the second-highest “engagement rate” in terms of Facebook usage of world leaders. The study covered 512 Facebook pages representing 169 governments around the world.

Who are the most engaged world leaders on #Facebook? https://t.co/iQXYKP0TV3 pic.twitter.com/plXm3bUJXW

The study examines Hun Sen’s active promotion of Facebook to address the people’s concerns. Last January, he instructed government ministries to monitor the suggestions and grievances posted by citizens on Facebook.

Many are amused by Hun Sen's Facebook posts, but his critics believe it is a strategy to soften the image of a leader who has clung to power for three decades now. Some groups also observed that Internet-related arrests have been rising over the past year, which undermines the country’s commitment to free speech.