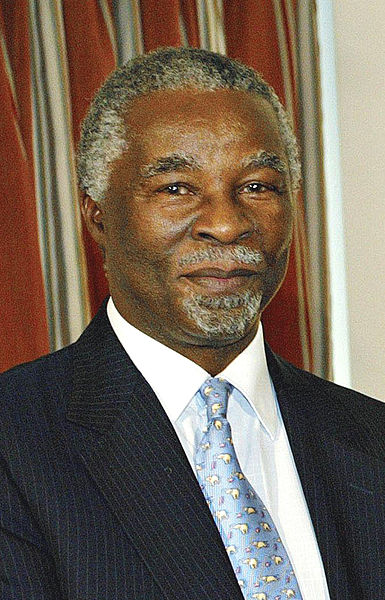 Former South African president Thabo Mbeki has reignited AIDS denialism controversy after writing an article titled “A Brief Commentary on The Question of HIV and AIDS.“

While in office, Mbeki and his former Health Minister Manto Tshabalala-Msimang, nicknamed “Dr. Beetroot,” were accused of denying that the HIV virus causes acquired immune deficiency syndrome (AIDS), despite conclusive scientific evidence on the matter. Manto Tshabalala-Msimang promoted the use of lemon, beetroot, garlic and olive oil to treat AIDS.

During his presidency from 1999 to 2008, Mbeki accused scientists who linked HIV to AIDS of racism. He argued that accepting Western conventional wisdom on AIDS would be absurd and illogical. He opposed the use of antiretroviral drugs (ARVs), saying that they were “poisons” and products of greed by Western pharmaceutical companies.

He organized a Presidential Advisory Panel regarding HIV/AIDS in 2000, which attracted scientists such as Peter Duesberg and Harvey Bialy, who deny that HIV causes AIDS.

In his March 7, 2016 article, Mbeli refutes claims that he ever said that HIV does not cause AIDS. What he believes, he says, is that a virus cannot cause a syndrome:

I must also mention that I never said “HIV does not cause AIDS”. This false accusation was made by people who benefitted from trumpeting the slogan “HIV causes AIDS” as though this was a religious edict. What I said is that “a virus cannot cause a syndrome”.

As you know, AIDS is an acronym for “Acquired Immune Deficiency Syndrome” – therefore AIDS is a syndrome, i.e. a collection of well-known diseases, with well-known causes. They are not, together, caused and cannot be caused by one virus! I said that HIV might be a contributory cause of immune deficiency – the ID in AIDS! 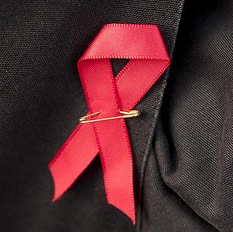 It is estimated that Mbeki's views and his opposition to the use of ARVs during his presidency lead to up to 365,000 deaths from AIDS.

Responding to criticisms that his denial contributed to the number of deaths in his country, he shared data from Statistics South Africa (Statssa) showing ten leading underlying natural causes of death in 2006 in which HIV was number 9 and directed a number of questions to his critics:

As you will have seen from the above [see his full article for the figure he is referring to], what Statssa recorded as deaths from “HIV disease” came 9th in terms of the leading causes of death in South Africa in 2006, as indeed it did also in the preceding years.

I am convinced that it would be perfectly understandable that the normal, thinking African would ask the questions:

Why would the South African Government, knowing the health condition of its own population very well, have been expected so to focus on the 9th leading cause of death as virtually to treat as less urgent and important the first eight (8) leading causes of death, even taken together?

Did this have to do with the fact that South Africa could be a lucrative market for the sale of ARVs, as it now is?

‘An attempt to reframe his presidency’

Responding to Mbeki's article, Katherine Furman, a PhD candidate in philosophy at the London School of Economics and Political Science, theorized what influenced Mbeki to take the actions that he did while president:

The international scientific community made its disagreement with him explicit in the form of the Durban Declaration, a petition signed by more than 5000 scientists that endorsed the mainstream scientific view on HIV and AIDS.

It is clear that Mbeki should have taken the objections from scientists seriously, given that they are the experts. But part of what went wrong in the Mbeki case was that he was confused about who exactly the real scientific experts were. He believed that the denialist scientists he supported were an oppressed minority group who had been unfairly treated by the scientific community – a feeling that was all too familiar to him emerging from the struggle against apartheid.

We could concede, albeit grudgingly, that maybe Mbeki’s confusion was understandable under the circumstances. But even when presented with the Durban Declaration, Mbeki didn’t step back and re-examine his views. This is an astonishing response.

Following the publication of Mbeki's article, Kerry Cullinan, managing editor for health news site Health-e.org, said Mbeki made it clear he has no remorse for his policies:

I have often wondered whether former president Thabo Mbeki has regretted his stance on HIV and AIDS, given the remarkable increase in our life expectancy since he was bundled out of power.

But today, I wondered no more as Mbeki reiterated many of his bizarre beliefs on AIDS on his website as part of a series of letters he has been writing in an attempt to reframe his presidency.

While every year under Mbeki saw a decrease in our life expectancy by a year, once he was ousted and the new government adopted an aggressive approach to combatting HIV including widespread access to antiretroviral (ARV) medicine, life expectancy has grown each year by a year.

Your article is indirectly denying the proven facts that antiretrovirals (ARVs) have saved lives of many South Africans.

Due to ARVs, HIV-related deaths went down by:

All these countries started massive ARV programmes. What more proof do we need that ARVs are saving lives of our people?

Why didn’t you invest in domestic companies to produce ARVs?

‘A simple apology…would have sufficed’

Commenting on the issue on Twitter, Africa is a Country simply said:

While Muzi Maseko advised the former president to apologise:

A simple apology from former President Mbeki, on his denialism about HIV causing AIDS which to 300 000 deaths, would have sufficed.

However, Mbeki has got supporters as well. Nande N tried to explain Mbeki's position to his critics:

Mbeki's dissidents wasn't centered on the denial of AIDS existence but rather what were the causative stages & linkages between HIV & AIDS.

Msizi James wanted discussions about the former president to be about his other good leadership qualities:

Let's talk about how good Mbeki was. Apart from not believing AIDS was a real problem #SONA2016

Another user seemed to suggest that it is difficult for AIDS experts to challenge Mbeki's claim:

All these pedestrian HIV/Aids ‘experts’ who scream “Aids denialist” will find it difficult to refute what Mbeki is saying on the matter.

Two independent AIDS researchers, Anthony Brink and Chris Rawiins, who also dispute the scientific consensus on the link between HIV and AIDS, have come out in support of Mbeki's article.