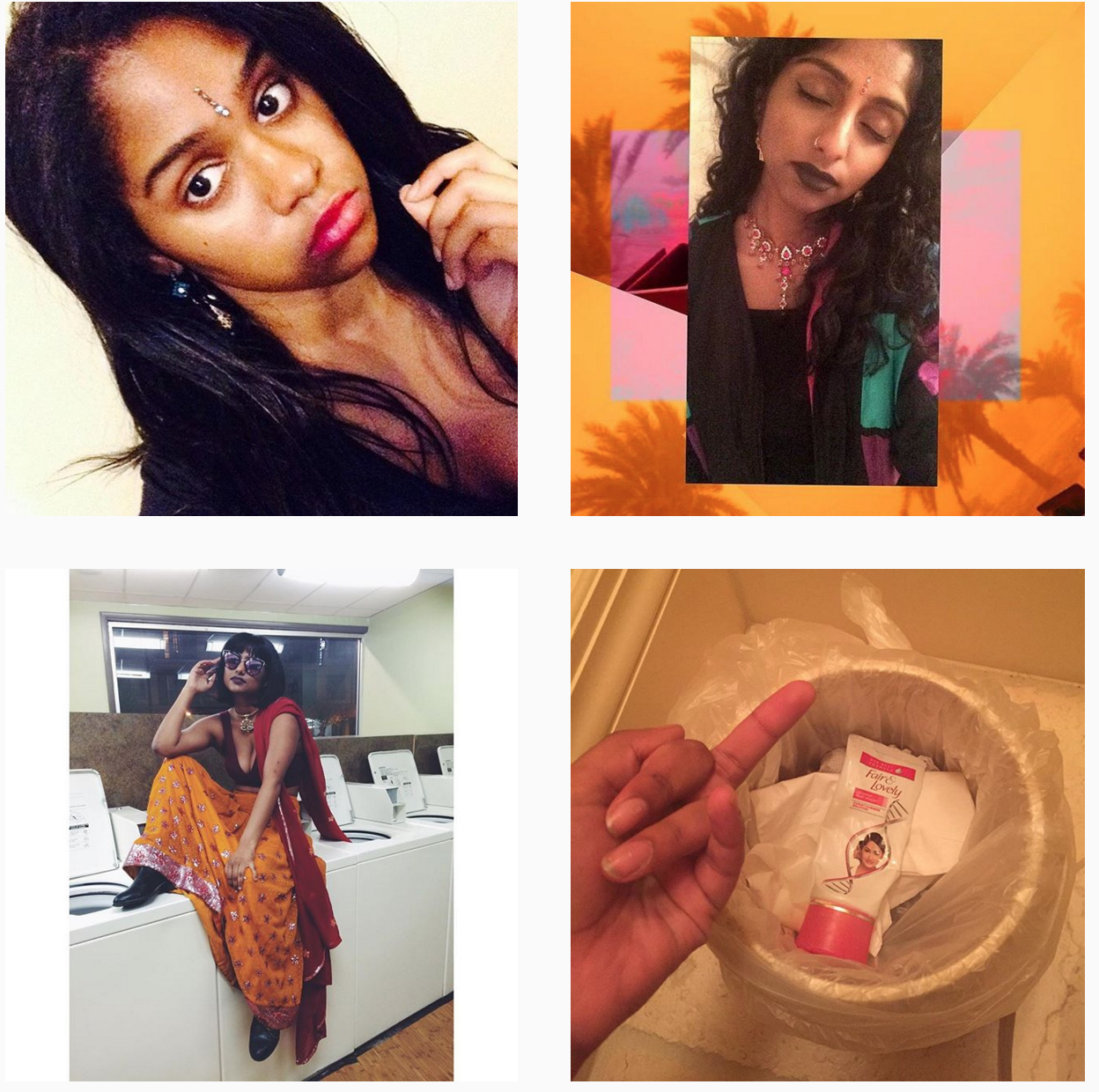 In many parts of Africa and Asia, the mainstream concept of beauty is often associated with lighter-skinned woman. Skin-whitening cosmetics are a multi-billion dollar industry, and their products support the idea that lightening dark skin is both achievable and preferable.

The ‪#‎UnfairAndLovely campaign is challenging that. The hashtag gained momentum on different social media like Twitter, Instagram and Tumblr, inspiring women to celebrate their darker skin. It began in the United States with a photo shoot, Pax Jones behind the camera and sisters Mirusha and Yanusha Yogarajah, whose parents are from Sri Lanka, modelling. All three are University of Texas students.

They shared the photos online with the hashtag #UnfairAndLovely to challenge the idea that “fair” (as seen in the name of the popular Fair and Lovely skin-lightening cream) means more beautiful.

The campaign then took off. Jones, who is black, said in an interview, “I wanted to explore how overly colorism translates into a global phenomenon, and how that impacted others from ethnic backgrounds different from my own.”

My friend's mom used to do this and it made me so sad. There's beauty in all shades #unfairandlovely⚡️https://t.co/UYCSI8p40U

There have been other movements in the past against colorism. In India, a petition against Indian cosmetics company Emami called on them to withdraw a particularly discriminatory advert for Fair and Handsome cream. Another campaign called Dark is Beautiful (see Global Voices report) in 2013 pushed back against the idea that dark skin is somehow uglier or inferior. The following year, the Advertising Standards Council of India banned discriminatory commercials for skin-whitening products.

For #‎UnfairAndLovely, many women shared selfies on Twitter with the hashtag:

when people pick on girls w/darker skin but fail to realize our glo provides light for this society #UNFAIRANDLOVELY pic.twitter.com/5U6qgUwu56

be comfortable in your skin, dont let the media tell u the definition of beauty #unfairandlovely pic.twitter.com/pTOW0qMrLt

No matter what shade of brown you are, you're beautiful. S/O to the #UNFAIRANDLOVELY! I love myself. 👍🏾🙌🏾 pic.twitter.com/7oppsjjJFl

A sarcastic reaction to the colourism experienced by S.E. Asian women. pic.twitter.com/SFfIDdiQJi

Some men joined in, as well:

I was always told it was better to be lighter, but no this is my skin and I love it #unfairandlovely pic.twitter.com/R3Cr8c3TAD

Indian YouTube star The Techy Tantrika uploaded this video in support of the campaign, sharing some of her own struggles.

In the video, she criticizes the Eurocentric idea of beauty: “I don't understand this concept of wanting to look like a different race. It doesn't make sense to me.”

Pax Jones told the Huffington Post that the campaign is “meant to be an inclusive space”:

It is for the dark-skinned queer, trans, genderqueer, non-binary, poor, fat, differently abled people of colour.

#UnfairAndLovely has teamed up with an existing campaign #ReclaimTheBindi to encourage South Asians to take pride in their culture and bring attention to the issue of colorism. The Reclaim the Bindi Week is taking place between March 8 to 14.