When Is an Autonomous Territory Not Autonomous? When Tajik State Media Says so? 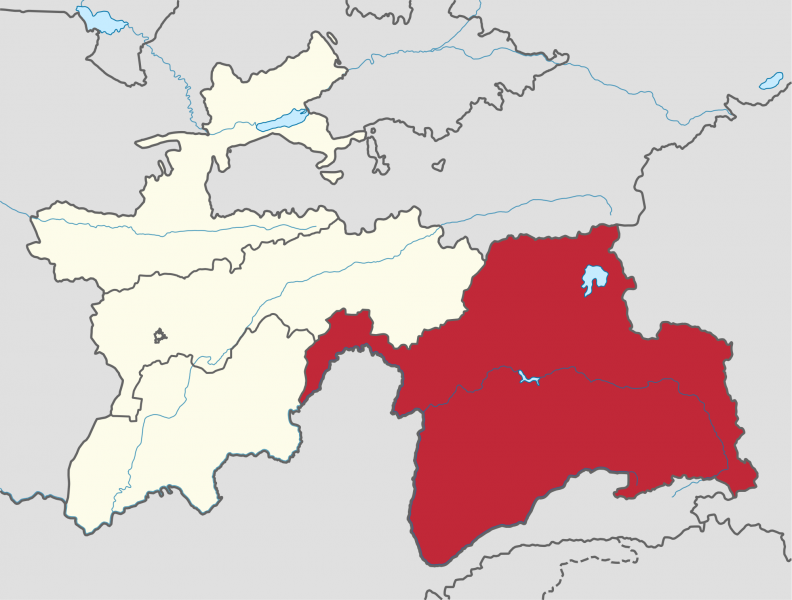 Gorno-Badakhshan Autonomous Oblast (GBAO) marked in red. Tajikistan borders Afghanistan to the South, China to the East, Kyrgyzstan to the North and Uzbekistan to the West. Wikipedia image.

In recent months, ex-Soviet Tajikistan's state media has stopped calling the Gorno-Badakhshan Autonomous Region (GBAO) autonomous, a trend that has caused irritation among the fiercely independent minority population that inhabits the restive territory.

GBAO — defined topographically by the soaring Pamir mountain range and culturally by the Pamiri Ismailis that make up most of its 200,000 plus population — was first formed according to a decree of the Soviet Union's Central Executive Committee on January 2, 1925.

The territory retained its autonomy throughout the Soviet Union and into the Central Asian state's independence, even after a ruinous five-year civil war that saw many of the region's people fight against the government in the ranks of the failed United Tajik Opposition (UTO).

Recent years have showed an increasing intolerance for the region's otherness on the part of the central government in Dushanbe, however.

In the independence period, tensions between the region and the regime peaked in 2012, when a high-ranking security official close to the regime was assassinated by other government officers with pasts linked to the dissolved UTO.

The Tajik government's response was a disproportionate if clumsily executed show of force.

While people still dispute who “won” the standoff between government troops and local residents that claimed several dozen lives, it is certain the government control over the region is shaky at best.

On February 19, Ato Mirhodzha, a poet and deputy chairman of the Writers’ Union of Tajikistan addressed a letter on Facebook to Mahmadsaid Pirzoda, Chairman of the State Committee for Television and Radio protesting state media's references to GBAO simply as ‘Badakhshsan province’.

He argued the apparent policy “can lead to misunderstandings between Badakhshsanis, becoming a reason for the rise of artificial contradictions.”

“Neither the Chairman of the Radio and Television, nor anyone else has the right to ignore the Constitution of Tajikistan, in which the region is officially listed as ‘Gorno-Badakhshan Autonomous Region’,” Ato Mirhodzha told RFE/RL's Tajik service, complaining weather forecasters and newsreaders in particular were systematically referring to the territory without its ‘autonomous’ designation.

On social networks GBAO locals reacted emotionally to the new tendency, with many fearing that the territory's status could could be threatened in a forthcoming constitutional referendum.

Badakhshan native Ramzess Shogunov launched a flash mob on Facebook, in which he called for a continuation of Badakhshan's autonomy.

Friends, there is an opinion that a referendum on the cancellation of Badakhshan autonomous status will take place in March this year. In connection with this we call on all those who are not indifferent to the fate of our homeland, and who want PEACE in Tajikistan […] to change their cover photo to the following photo, because this affects the fate of the whole of Tajikistan. 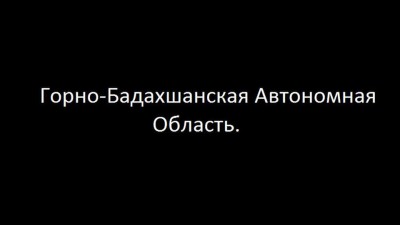 Hundreds signed up to the initiative to use GBAO's full title as their cover photo, although some pointed out the very futility of the central government trying to assert symbolic control over the distant and geographically isolated region:

Keep calm !!!!
This is our territory. The territory of the Pamirs. They have already sold half of this territory [to neighbouring China] without informing local people. [The government] understands we are peaceful and that is why it acts in this way. What would happen after a referendum? It was not [Rakhmon] who gave us this autonomy, so it is not his right to repeal it. They tried to bring Badakhshan to its knees in 2012, but they could not.

Eventually, the issue of GBAO's status did not appear in the text of proposed constitutional amendments that will be put before a vote in May.

Those amendments mostly relate to Tajikistan's strongman President Emomali Rakhmon, who will be allowed to stand for office an unlimited number of times if the referendum passes, and his son Rustam Emomali, who will be able to succeed him at the next election thanks to a change in the age limit for presidential candidates.

Nevertheless, ongoing tensions surrounding the region's legal status have shown that a place's name can carry a lot of weight in a part of the country where people are used to defending their independence the hard way.

Unfortunately, an even more recent development proves the government in Dushanbe is not getting the message:

The Tajik president #Rahmon agreed to rename a village in #GBAO to #Rahmonobod https://t.co/S5xaqqVJWt