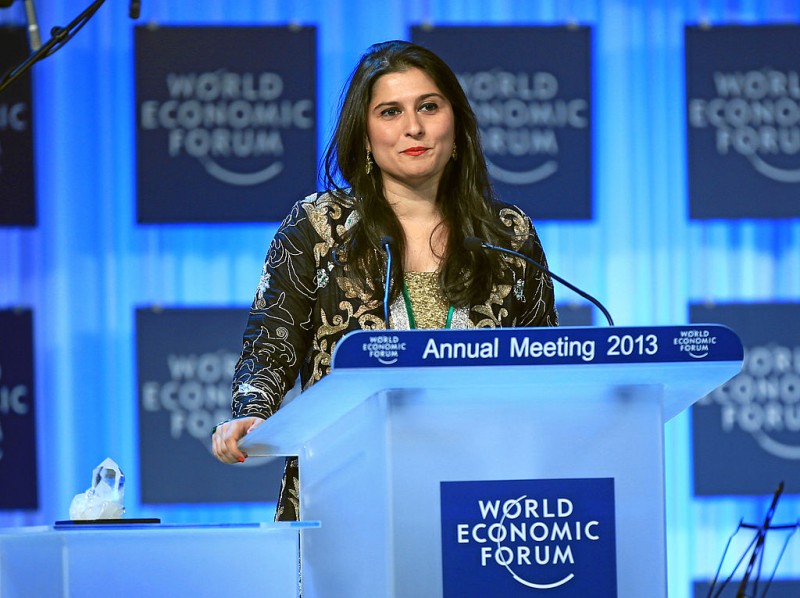 At the end of February, renowned filmmaker Sharmeen Obaid Chinoy made headlines in Pakistan for winning yet another Oscar and becoming the first ever Pakistani to hold two of the coveted awards. Chinoy, who first won an Academy Award in 2012 for her documentary “Saving Face“, added another feather to her cap for her documentary “A Girl in the River: The Price of Forgiveness”.

While “Saving Face” focused on the plight of acid attack survivors in Pakistan, “A Girl in the River” tells the story of a rare survivor of an attempted honor killing. An honor killing is the murder of a family member by another, due to the belief that the victim has brought dishonor upon the family.

While many celebrated the Oscar win, there were others who criticized Chinoy for painting a negative image of Pakistan through her documentaries. But despite its detractors, Chinoy's film has thrust honor killings, a brutal practice that leaves hundreds of Pakistani women dead each year, into the spotlight and inspired promises from the country's prime minister to close legal loopholes that allow the perpetrators to escape punishment.

‘Agent of the west’

Social media platforms were abuzz with outrage and anger towards Chinoy, as many blamed her for neglecting to portray a more positive image of the country. By far, the worst criticism came from a prominent religious cleric, who in a video posted on Facebook referred to Chinoy with misogynist slurs and accused her of fulfilling what he called “the west’s agenda”.

Fervent proponents of religious political parties also joined in, insulting her with gender-based smears, offering with their behavior a glimpse of the very issue — violence against and abuse of young girls and women in the country — that Chinoy has sought to highlight with her work. Unfortunately, this was nothing new and reflects the myopia held my some towards everyone and anyone who raises their voice against gender-based violence, especially crimes that are associated with honor.

But it is true that she doesn't shy away from tackling tough issues head-on. Another TV venture of hers called “Aghaz-e-Safar” was a TV show hosted by Chinoy, exploring various social issues from child abuse to labor rights.

Perhaps, one of the most articulate arguments against the vile attacks directed towards Chinoy was by designer and activist Faizan Raza Rizvi, who posted on Facebook:

How many of you bothered watching more than 2 episodes of her TV show Aghaz-e-Safar where she highlighted stories of incredible courage from across Pakistan?

How many of you even know about Song Of Lahore? That documentary on musicians received a standing ovation and was named the runner-up at the Tribeca Film Festival last year. It was also nominated for the World Documentary Competition. International stages: check. Positive Pakistan: check. If this really was about you having an issue with her showing the bad side of the country, you'd have at least celebrated that. But you didn't

Chinoy spoke out against all the brouhaha too:

I want my work to make people uncomfortable, to make them think

Journalist Omar R Qureshi summed up the outrage against Chinoy:

Kill a man and become a national hero

In 2015, Pakistan's Federal Ministry of Law released statistics that put the number of honor killings over the past two years at 933. The simple act of dating, falling in love or marrying someone out of free will can result in an honor killing, a heinous act that is too often blamed on culture and tradition.

Women’s rights activists have for years fought to stop such violent crimes. In 2004, the National Assembly passed Criminal Law Act, otherwise known as the ‘Honor Killings Act’, which made honor killing a criminal offence.

However, a loophole still exists. The Qisas (retribution) and Diyat (blood money) provisions of the Pakistan Penal Code have proven to be a hindrance for those seeking justice in cases of honor killings. Honor killing laws and the laws of Qisas and Diyat contradict each other as the victim's family can invoke the law to pardon the killers. Since honor killings are mostly committed by family members, people are often unwilling to lose another family member and end up compromising.

Saba Qaiser, the teenager whose real life story is depicted in “A Girl in the River: The Price of Forgiveness”, experienced the very real impact of this loophole. Despite being shot and thrown in a river, Qaiser survived only to be pressured in to pardoning the shooters, her father and uncle.

‘Am I really in Pakistan?’

After a screening of the documentary, Pakistan's Prime Minister Nawaz Sharif vowed to change the country’s laws to try to stop honor killings.

No honour in ‘honour’ killings, says PM at screening of ‘A Girl in the River’: PM praises Sharmeen Obaid-Chino… https://t.co/pMEROby3so

Sharif's stance on the need to eliminate the horrific practice is an important step in the fight to stop gender-based violence in Pakistan.

I'm in shock. Mumtaz Qadri hanged and Sharmeen Obaid Chinoy wins an Oscar. Am I really in Pakistan?

While the government has made some progress, with the passage of the Anti-Rape Law in 2014 and the Anti-Honor Killings Law that same year, it is the popular conversations around the issue that will lead the real change. It is high time that Pakistanis raise their voices against the injustice of honor killing.