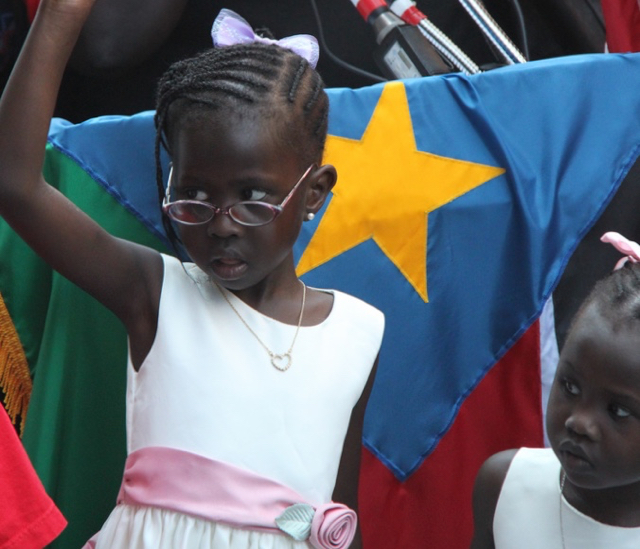 On February 18th 2016, 25 people were killed in a United Nations (UN)-run camp in the northeastern city of Malakal, in what is being called a “tribally motivated and well planned” attack by government forces, the Sudan People’s Liberation Army.

The civil war in South Sudan, an ongoing conflict between government and opposition forces, has often been understood as a conflict between two warring tribes. President Salva Kiir, a Dinka, and opposition leader Riek Machar, an ethnic Nuer, act as symbols for the escalating ethnic tensions that have characterised the violence throughout the country. Dinka is the largest ethnic group in South Sudan; the Nuer tribe is the second. The soldiers involved in the attack were reportedly Dinkas.

The attack has been condemned by the international community and has renewed calls for warring factions to adhere to  the Compromise Peace Agreement, established in August last year, as a means of resolving the conflict.

South Sudan's war began in December 2013 when president Kiir fired Machar — who was then his deputy and had served as the country's first vice president since its independence in 2011 — accusing him of planning a coup. But to what extent can the conflict in South Sudan be labelled as ethnic conflict?

Though both Kiir and Machar belong to different tribes, they are both part of the same government. Kiir reappointed Machar as his first vice president last month in a move that may finally signal the possibility of a united government. Yet, the civil war itself has remained highly politicized — a power struggle along ethnic lines has become further exacerbated as issues of land ownership come under dispute.

This is exhibited most vividly in the reaction to President Kiir’s decision last year to dissolve the nation's ten regional states and create 28 new ones. Despite criticism that the division, mostly along tribal lines, will create ethnic imbalances, the president persisted with his plan. Now, the majority of the country's oil rich regions are regulated to his ethnic group, Dinka, while the other tribes are left to divide the remaining land among themselves.

Kiir has maintained that this policy is important for maintaining the country’s sense of nationalism, implying the necessity for political and social cohesion:

No matter our differences lets remember that not ONE party or ONE TRIBE can run this great country. We have to work together. #SouthSudan

But Kiir’s call for South Sudan’s reunification rings somewhat false. His willingness to implement this plan reveals the dichotomy between political power and the increasing social fragmentation that is ripping the country apart.

Many view this as a threat to the potential peace that could be established in South Sudan:

@RadioTamazuj. If Salva Kiir continue with so called establishment order of 28 states, South Sudan will never have a real peace

Dozens wounded in Pibor clashes https://t.co/4xqq0t2vKe
The Creation of 28 states by JCE mean more destruction to South Sudan & it's people

JEC refers to the Jieng Council of Elders, a group of Dink elders who are said to have played a role in President Kiir's decision to divide South Sudan.

Tension over the creation of the 28 states is not only between different tribes — the Shiluk tribe has experienced internal discord regarding their leader’s affiliation with President Kiir, resulting in a coup that installed a new king — one who was more inclined towards upholding the clan’s ideals. This recent development underscores the exacerbation of tribal tensions caused by the political upheaval within the central government.

The South Sudanese Sudan Tribune reported in January that the Shilluk ethnic group also overthrew their king, Kwongo Dak Padiet, for supporting the creation of the 28 states. Commenting on the article and the wider implications of the new states, one reader said:

Do you see how the war over evil 28 states and boundaries is getting momentum every now and then and traitors of communities […] surrender their lands as leaders will be overthrown by their communities who are ready to defend their lands. Soon other communities will rise up to get back what was illegally taken from them. Kiir and his Dinka intellectuals are fools and evildoers!

Another reader complained about the annexation of land belonging to the Chollo ethnic group:

[…]The great Chollo people have every reason to oppose the annexation of their land and the king should have displayed that defiance instead of approving the annexation of Chollo land for selfish, personal gain. The Apadang Dinka have more than enough land and should not take an inch from the Chollo. Greed is destroying this country.

The destabilisation of the region is becoming more apparent as tribes respond to the shift in political power through the use of localised violence. The fight for land that has historically belonged to certain clans is under dispute, encouraging division among ethnic groups and even within the tribes themselves:

Cultural leaders are not also immune from power wrangles of #SouthSudan…Shiluk king has been over thrown!

Much more than ethnic conflict

The complexity of this conflict should not be understated. It is easy to label the ongoing crisis as one of ethnic conflict, but doing so is problematic, as it ignores other important factors that are contributing to the escalating violence. This, in turn, may misinform leaders and policymakers, and dilute their ability to create solutions aimed at bringing an end to the war.

President Kiir has expressed his willingness to reconcile with Machar by reinstating him to the position of vice president. Machar, in turn, has exhibited his willingness to return to the capital from Ethiopia, where he has been based since he was fired, as long as certain conditions are met. While this appears to be a positive change in the turbulent dynamics of South Sudan’s politics, the path to peace is fragile.

The ramifications of the actions of both President Kiir and Machar must not be ignored. Many feel that both leaders should be made heavily accountable for the actions of their soldiers, which have wrought untold misery and destruction for the citizens of South Sudan.

Tribe, core of one's identity now determines if you live or die in #SouthSudan #Kiir fumbling and #Machar ego paid for in blood by peasants

Before peace can reign in South Sudan, justice — regardless of ethnic group — must also be delivered.