Afghanistan's Path to Women's Rights Is Paved With Risk, but Built on Hope 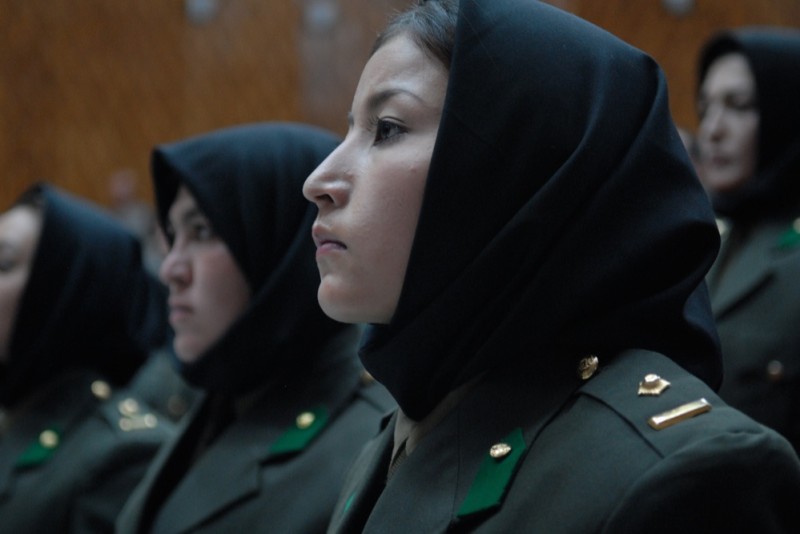 For Afghan women, the systematic repression and violence of the Taliban era was replaced by opportunities, but also fear and insecurity in the aftermath of the U.S.-led invasion of their country.

Today gender politics in Afghanistan are more complicated than ever, with victories in some areas qualified by setbacks in others.

Since the beginning of this year the Afghan National Women's Cycling Team has been nominated for the Noble Peace Prize, while Sumaya Ghulami won gold in taekwondo at the South Asian games held in Guwahati and Shillong, India, an achievement unthinkable during the Taliban era.

But women have been among the greatest victims of the intensifying Taliban insurgency and a rise in criminal violence that neither the frail government in Kabul nor the shrinking American military contingent on the ground have been able to contain.

The age of social media has shone a spotlight on some of the most egregious examples of violence against women in recent times.

Last November, in a Taliban-controlled village in Ghor province, central Afghanistan, a 19-year-old woman, Rokhshana was stoned to death for adultery.

Rokhshana's stoning murder harkens back to violent murder of Farkhunda, chronicled by @FaribaNawa https://t.co/wGiZZzDsmw via @thedailybeast

The adultery charge was technical in nature — an escape from a marriage that had been forced on her — and the viral video of the stoning seemingly filmed on a cell phone inspired widespread disgust across Afghanistan's growing online networks.

Ghor province's  former governor Seema Joyenda, only the second woman governor to be appointed in Afghanistan, became one of the main champions for justice for Rokhshana.

But Joyenda herself was eventually pushed out of office after conservatives led a successful — if not uncontested — campaign to remove her from office.

Unprecedented; when #Afghan #Men protest in support of a #Female Governor in remote #Ghor province. Gives me hope! pic.twitter.com/sB9CSsQfkG

Rokhshana's stoning came just months after another horrific incident that attracted the attention of the world, when a mentally ill woman, Farkhunda, was beaten to death and burned for allegedly setting a Koran on fire.

One of the most horrible incidents of gender-based violence in the post-2001 period took place at the very end of last year.

Pajhwok Afghan news reported that eleven men, including four policemen, gang-raped a girl of nine in the country's northwest, where the government and the Taliban are vying for control.

Afghan women in the spring

But the news is not all bad.

This month Sumaya Ghulami returned to Afghanistan to a hero's welcome after her taekwondo gold in 2016 South Asian Games. She was publicly congratulated by President Ghani and widely lauded in the press.

(3/3) The President awarded Sumaya Ghulami and three other athletes certificates of appreciation. pic.twitter.com/pN0NuimfNb

Ghani's wife, Rula Ghani, recently announced plans to build the country's first women-only university with funding from the government of Turkey, a move seen as key to guaranteeing women's access to higher education.

Meanwhile, over a hundred Italian MPs suggested the Afghan women's cycling team for the Noble peace prize earlier this month. The nomination thrilled the Afghanistan section of Twitter.

Such events are symbolic of a growing visibility for women in public life. In the parliament, women make up 28% of the seats — a bigger proportion of women than in the US Congress.

However, no woman has headed the parliament, indicating that a female presence in domestic politics can expand without necessarily translating into real power.

A clear example of this was Ghani's attempt to include a woman judge into the national high court council, which was swiftly blocked by a parliament where conservatives are gaining ground.

The Afghan woman's position in society is thus subject to flux, varying from community to community.

Hazara women have seen a particularly fast-paced change in their lives, influenced possibly by higher rates of female education relative to other ethnic groups in the post-Taliban era.

Laila Haidari, another Hazara, is a woman social volunteer who has found the Mother Camp which treats drug addicted men.

But women across groups in the country remain prejudiced by Afghan civil law, which reserves the right of divorce exclusively for men, while family matters remain under the control of the head of the family in most cases.

And critically, the Taliban is gaining ground across the country, even as the movement itself splinters, while hardline clerics have continually decried women's rights as a Western imposition.

In such a fluid environment, women are locked in a contradiction: they enjoy more space for participation than they did 15 years ago, but are also most likely to be a lightening rod for the inevitable conservative backlash.