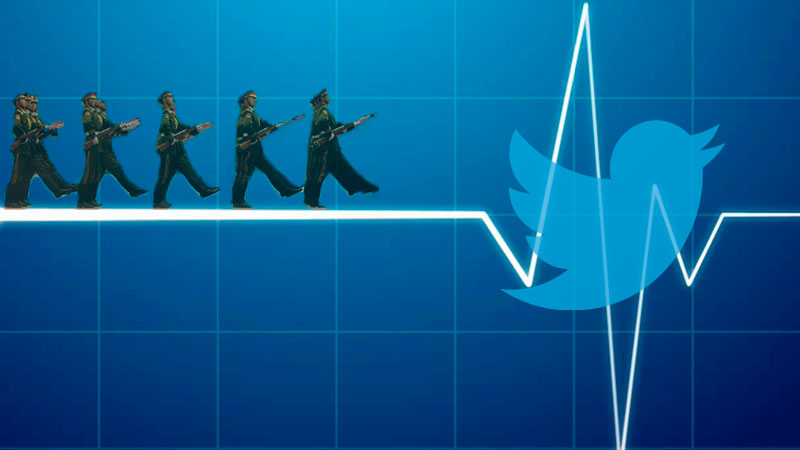 The latest Twitter transparency report shows that the number of the Kremlin's requests to take down content grew more than 25-fold in the second half of 2015, compared to reports from previous periods.

According to Twitter, between the months of July and December in 2015 the Russian government and other official bodies, such as law enforcement agencies, submitted 1,735 requests to remove content from Twitter—more than 25 times the number submitted in the first half of 2015 (68 requests), and 19 times more than during the same period in 2014 (91 requests).

Among the hundreds of requests, only six were accompanied by court orders. 1,729 take down requests came directly from Russian government agencies such as Roscomnadzor and the police, without going through courts first. A total of 1,774 different Twitter accounts were specified in the removal requests. Some of the copies of content removal requests can be found in the Lumen database.

Russia had the second highest number of removal requests for the period, with Turkey taking the lead with 1,761 requests.

We received 1,729 removal requests from the Federal Service for Supervision in the Sphere of Telecom, Information Technologies and Mass Communications (Roskomnadzor) regarding content determined to violate Russian laws, such as Federal Law 149-FZ. We withheld 14 accounts and 82 individual Tweets (pertaining to 74 accounts), which included content reported for promoting suicide and content posted by the controversial group known as Right Sector.

The Twitter report notes that in some cases content was removed because it violated Twitter's own terms of service: in 75% of the cases where content was withheld after being reported by Russian authorities, it was removed “for violating [Twitter's] child sexual exploitation and abusive behavior policies.”

Twitter also provided some examples of situations where it decided not to withhold content despite a request from the Russian authorities.