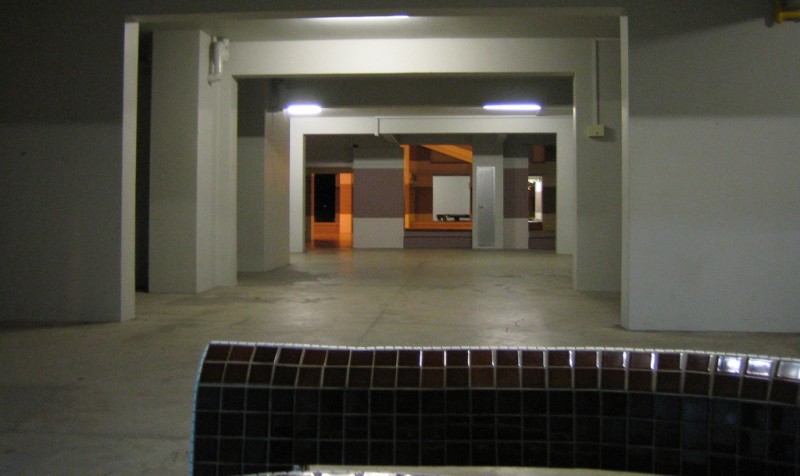 In Singapore, the open space at the ground floor of a public high-rise apartment building is called a “void deck.” This is a shared space where people often hold weddings, funerals, games, and other public gatherings. Last February, officials placed steel railings in several buildings, responding to complaints by some residents about noisy football games being played in void decks. Many Internet users are hitting back, however, saying the new installations (some are removable and others are permanent) are unnecessary and a waste of taxpayers’ money.

To whoever thought of this: shame on you. It is a bad solution to a non-problem and a waste of taxpayers’ money. You are essentially using our funds to deprive us of a space we can use, and have been using. This is on top of the multiple CCTVs installed all around the void deck.

This photograph shows how you effectively kill a void deck: https://t.co/KULCEQCDOa pic.twitter.com/OQKjgBM6aU

Internet users in Singapore upset about the steel railings have argued that void decks are a valuable means of cultivating closer social ties among the country's population. Critics say the steel barriers threaten that sense of community.

The blogger “Everything Also Complain” wrote, “Void decks were designed to break down the walls between us, but now we’re building them up again.”

Some netizens urged the authorities to build more sports facilities for young people, instead of spoiling people's void decks. Others mockingly suggested that the steel railings can be used to park bicycles, hang laundry, and do parkour.

TMG | SMACK IN THE MIDDLE: How to have fun at the void deck with railings https://t.co/ZBuQHWp9GG pic.twitter.com/xRH380s335

Others are reminding the government that void decks are already considered as part of Singapore’s cultural heritage. In fact, exhibitions are often organized to celebrate the value of void decks. For example, Jinghui, an author at photojournalist-tgh.tv, once constructed an entire exhibition entry dedicated to sharing the history of Singapore's void-deck culture.

…the void deck, it is uniquely Singapore, something that we can be proud of, an identity, space, icon that we created for ourselves. The void deck is not doubt a common space that encompasses historical, cultural, recreational, heritage and communal space for all Singaporeans from all walks of life.

Writer Kirsten Han noted that the trend in recent years has been to discourage the use of void decks and other open-space facilities for unofficial social gatherings. She links this development to the urban policies in other countries where authorities are developing new anti-homeless structures in public places:

Sure, it’s kind of annoying to have a football flying around sometimes. Smudge marks on white walls can also be a little irritating. And it isn’t the most pleasant experience to see someone who is homeless or in need sleeping on benches. But there are ways of dealing with issues—for example, examining why people are homeless and needing to seek shelter in void decks—that don’t involve making our lived environments more and more sterile.

Meanwhile, Carlton Tan of the Asian Correspondent, blames the increasingly “paranoid state” that seeks to control the behavior of its citizens:

There is little empty space in Singapore, whether physical or mental, because the state’s intense fear of social disorder (justified or not) creates in it an irresistible urge to bring all things under control. In the paranoid state’s mind, ambiguity cannot be tolerated, even if it means an own-goal.