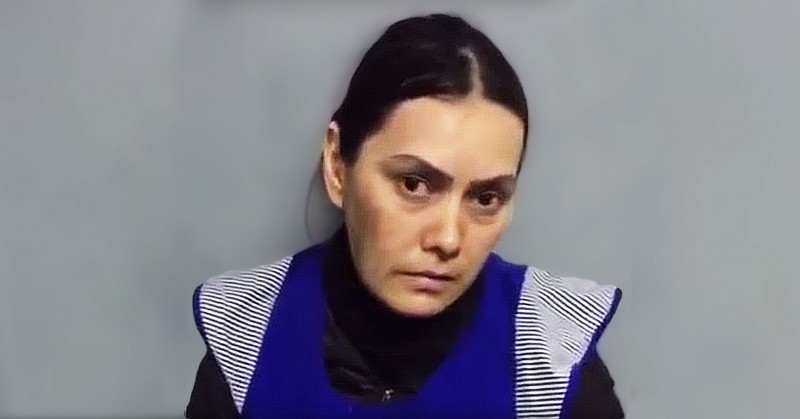 A nanny murdered a four-year-old girl earlier this week in Moscow. On Monday, February 29, Gulchekhra Bobokulova stabbed the child in the neck, decapitated her, and then set fire to the family's apartment. She had cared for the girl, whose name was Nastya, for more than a year. Then she went outside, dressed in black, hailed a cab, and went to the nearest metro station. There, she removed Nastya's head from her backpack, and held it aloft, shouting “Allahu Akhbar!” and threatened to blow herself up. Horrifying footage captured by surveillance cameras spread virally on the Internet. For 24 hours, Russia's national television networks said nothing.

Why? It could be that Bobokulova's threats of a terrorist attack led police to exercise extreme caution, but some of the Kremlin's harshest critics have pointed out that it took police nearly an hour to detain Bobokulova. Anti-corruption activist Alexey Navalny juxtaposed this response time to the swift police work often mobilized to combat political protests:

The silence of major television networks about the incident offended not only Russian liberals who habitually lament the Kremlin's control over the media, but also several nationalists, who argued that the government was trying to hide the immigrant menace from the public. The nationalist media outlet “Sputnik & Pogrom” crowned Bobokulova the “Uzbek Mary Poppins,” sharing a graphic that first appeared on journalist Oleg Kashin's website demonstrating the complete lack of coverage of the story by the state-controlled television networks. [Image headline: “(Coverage of) the killer nanny in the main news on Russian TV channels”]

At the beginning of the week, Russian TV news bulletins covered several stories, including miners killed an in accident in Vorkuta, Europe's ongoing refugee crisis, the war in Syria, and the Academy Awards. On Tuesday, the day after Bobokulova was apprehended, two journalists working for national TV networks confirmed anonymously to the news agency RBC that the Kremlin ordered channels to ignore the murder. Vladimir Putin's press-secretary, Dmitry Peskov, later denied accusations that TV networks were pressured, adding that the Kremlin supported the decision “not to show crazy people.” Peskov also added that the incident should not be tied up or confused with “the issue of inter-ethnic relations.”

Many Internet users noted Russian television networks’ sudden aversion to broadcasting news of gore and bloodshed, which for the past several years has featured so prominently in reports about the conflict in Ukraine.

on the left: “A news item on the 3-year-old boy crucified by Ukrainian soldiers on the main square of Slovyansk. (Never happened in reality)”

on the right: “A news item on the girl in Moscow decapitated by an illegal migrant who showed off her severed head near a metro station.”

The nonexistent crucified boy in Ukraine has become a bigger sensation in Russian news than the real severed head of a child in downtown Moscow.

They're not showing the nanny story on TV. Because it's not Ukraine, Syria, or Germany, where a girl ran away from home for a day and then came back.

The networks’ reluctance to cover this story when it was breaking makes sense: news about an Uzbek nanny slaughtering a Russian child could set off a wave of hatred and even violence against the millions of Central Asian migrants living throughout Moscow and the rest of the country. Most Russians, after all, get their news from TV.

While staying silent may have made sense, the ethics of keeping the public in the dark are another matter. Critics say Russian television news is itself responsible for cultivating rising levels of violence in Russia. According to Yulia Muchnik, a journalist in Tomsk, “The current federal television, built for purely propagandistic functions, forgot how to function professionally as a distributor of information.”

Television networks broke their silence a whole day after the killing, when Channel One aired a 30-second segment about the crime, saying an Uzbek citizen is suspected of murdering a girl in Moscow. The news anchor pointed out that the suspect has a history of mental illness, including treatment for schizophrenia. The broadcast never mentioned Bobokulova's name or any other details.

Online, Russian journalists debated the decision to wait so long on television to report any news about the murder. There's been no consensus, and even some Kremlin critics support the networks’ decision to remain silent for as long as they did. Journalist Anton Dolin, writing on Facebook, called the case a synecdoche that could lead to dangerous generalizations and stereotyping.

What conclusion will the mass audience make from this case? […]
– babysitters are dangerous;
– a stranger in a family leads to no good;
– uneducated and underpaid nannies are especially dangerous;
– nannies from Central Asia are horrible;
– Muslims are dreadful;
– “difficult” or not completely healthy children are a heavy burden, one that might lead to someone snapping and killing them.
Each of these stereotypes is dangerous, much more so than a babysitter with an axe yelling “Allahu Akbar.”

While Dolin isn't alone for standing by the networks, most Russian journalists have argued that suppressing the news is unacceptable. But many of these reporters do insist that coverage of such events should be handled exclusively by professional journalists.

Russian politicians, meanwhile, demonstrated far less concern for ethics. A branch of Russia's Communist Party promptly created a stylized image of a hijab-wearing woman carrying a severed head, publishing the picture on its website to promote new restrictions on immigration:

State Duma deputy Dmitry Gudkov called on politicians to stop abusing the horrific murder to promote their own political agendas. After multiple complaints, the offending image was removed from the Communist Party's website.

Gulchekhra Bobokulova has admitted her guilt, saying in court that she had planned the murder more than a month in advance. She says “Allah commanded” her to kill the girl, and told police that it was retribution for Vladimir Putin's airstrikes in Syria. A source told the news agency Interfax that police found in Bobkulova's phone the numbers of two men known to have ties to extremist groups. On Friday, March 4, Bobkulova was formally charged with murder, arson, and knowingly making false claims about an act of terrorism.