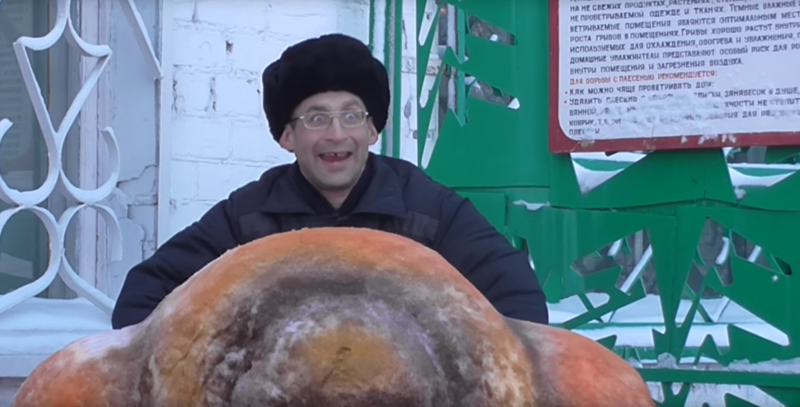 When you think of Russian prisons, you don’t typically imagine musical flashmobs or amatuer filmmaking, but that’s precisely what’s on tap at the Number 7 state penitentiary in Omsk, where the prison’s particularly inventive deputy director, Andrei Zyuzko, is teaming up with inmates to produce viral YouTube videos.

One of the prison’s first hits on YouTube was a flashmob on May 9, 2015, in honor of Victory Day, when Russia celebrates the Soviet Union’s defeat of Nazi Germany. In that video, which now has more than 9,000 views online, hundreds of inmates march in perfect formation, stopping to spell the words “70 [years] victory.”

The following month, the prison joined millions of Russians in remembering Viktor Tsoi, one of the USSR’s most beloved rock musicians, on what would have been his 53rd birthday. Prisoners again marched in formation, this time spelling the words “Tsoi lives.” A band made up of inmates also performs one of Tsoi’s songs. At one point in the video, everyone in formation kneels, revealing all the band members. Later, the inmates stand again, hiding the musicians behind the crowd. It’s a nice little piece of choreographing. This video got more than 3,500 hits.

The prison’s biggest success to date is a four-minute video styled after “Yeralash,” a Russian comedy TV show for children. (The sketch itself resembles something out of an old Benny Hill episode.) The Omsk penitentiary’s short movie features a prisoner stealthily attacking his fellow inmates with snowballs, until his three victims find him and exact retribution. By the time their revenge is complete, he is literally encased inside a snowman. This work of art has more than 241,100 views on YouTube.

Such popularity seems to have been a source of confidence, as the prison’s latest offering, released on March 2, 2016, is a 17-minute short film about three prisoners unearthing a magic genie inside a teapot, who grants them each one wish. The first two men request food (one gets meat dumplings and the other wishes for some sushi), while the third inmate performs a rap song, asking for a yacht and a pretty girl.

Andrei Zyuzko, who supervises the prison’s educational work with inmates, is the brains behind all these filmmaking endeavors, though the prisoners themselves have begun playing a more active role in the conceptual design process. (According to the prison’s press office, Zyuzko only helped write the script for the movie about the genie, with most of the work coming from the inmates who starred in the video.)

If the penitentiary’s own press releases are to be believed, Zyuzko may have achieved something quite wonderful in Omsk, engaging men languishing behind bars and motivating them to work together creatively. (They’re also learning potentially valuable filmmaking and video editing skills, should their “talent” for screenwriting prove unprofitable.)