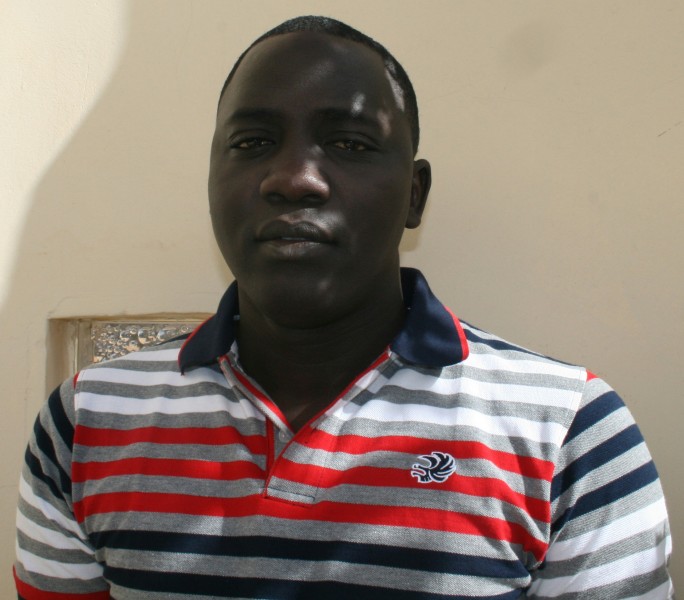 Gambian journalist Alaghie Jobe fled to neighbouring Senegal after being persecuted by his country's government. The Gambia has one of the worst human rights records in Sub-Saharan Africa.

Between 2013 and 2014 Gambian journalist Alhagie Jobe spent 18 months in detention, including one month in solitary confinement at The Gambia’s National Intelligence Agency (NIA). During his time in solitary, he was subjected to brutal interrogation. He was blindfolded, beaten, burned with cigarettes and suffocated. The NIA, notorious for illegal interrogation measures, handed Jobe over to state prosecutors, who slapped him with various charges, including sedition and incitement. At his first court appearance at the Kanifing Magistrates Court in March 2013, Alhagie was visibly pale and weak.

Alhagie’s arrest was connected to an article he allegedly falsified regarding a soldier who reportedly refused to participate in the execution [1] of nine prison inmates in The Gambia in August 2012. The article was never published, but the damning piece was somehow obtained by the NIA, leading to Alaghie’s arrest.

Alaghie recalled how hard he’d worked on the article. “We got credible sources, facts and even interviewed the soldier himself directly from the US where he was seeking refuge after defying authority to take part in what he called an ‘ungodly and cruel’ execution,” he said. At the time of his arrest, Alaghie was deputy editor-in-chief of the pro-government newspaper, Daily Observer.

In May 2013, barely three months after the start of the trial, Alaghie’s case was transferred to the Special Criminal Court under the High Court of The Gambia, where he was prosecuted by the director of public prosecution. By that time the charges had been upgraded to seditious intention, seditious publication, possession of seditious publication, false information, making preparations to act with seditious intent, and reckless and negligent actions.

“The Gambia and Senegal are neighbours,” he said. “We have seen people sent back from Senegal to Gambia to face persecution. It is totally unsafe to live in Senegal when The Gambia is a stone’s throw and I know the government is doing all it can to make sure I am sent back home.”

On September 3, 2014, after an exhausting court battle, Alaghie was acquitted and discharged by the Court, cleared of all charges. To his relief and his family’s joy, he returned home, after spending exactly one year and six months in prison. But that freedom was shortlived. Alaghie had hardly taken his the first breaths of freedom when the director of public prosecution filed an appeal against his acquittal.

“Just a month after my release, which was a big blow to the government, the attorney general and Ministry of Justice, through the office of the director of public prosecution, filed an appeal at the Gambia Court of Appeal, insisting that I should not have walked away free, that I should and MUST go to jail,” Alaghie said.

After seeking legal advice he fled quickly to neighbouring Senegal, where he currently lives, along with his wife. “I left The Gambia for Senegal for safety, because if I were to stay in The Gambia I would have continued to face persecution,” Alaghie noted. As he had already endured 18 months in prison, he believed the state simply wanted to persecute him. 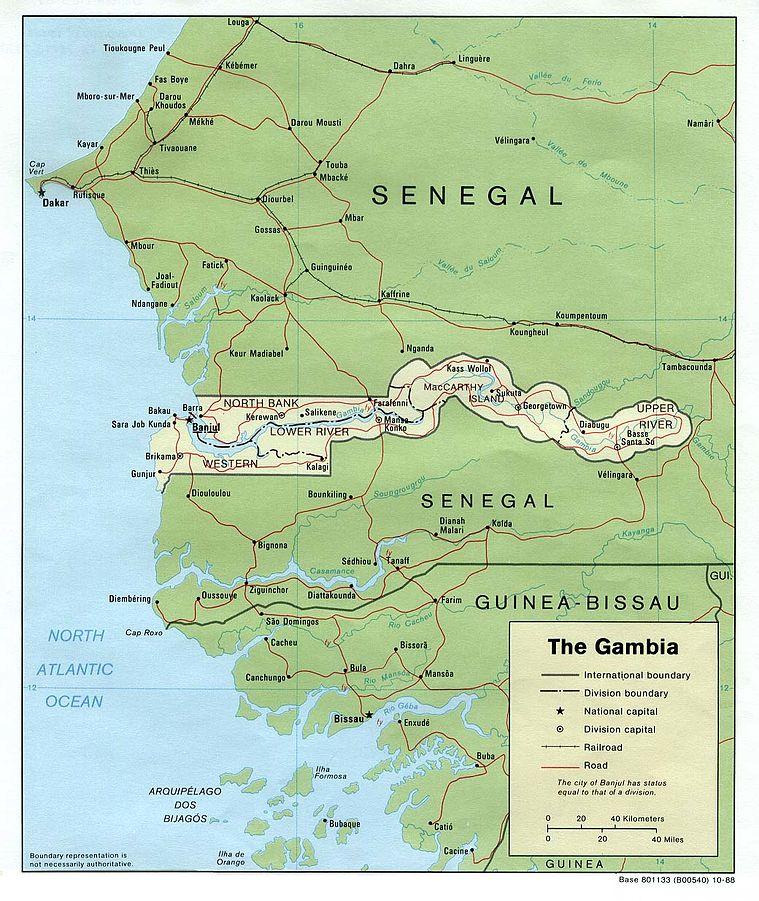 The Gambia is almost entirely surrounded by Senegal. Public domain.

Persecution of journalists and rights activists in The Gambia is pervasive [2]. The government of President Yahya Jammeh has shown [3] little or no respect for fundamental human rights in this tiny West African state. Since Jammeh took power in a bloodless coup in 1994, arbitrary arrests and detentions have increased, and security forces continue to harass and mistreat detainees, prisoners, opposition members, journalists, and ordinary civilians with impunity. The country is rated among the worst on the continent in terms of human rights violations, second only to Ethiopia and to war- and conflict-ravaged zones. Disappearances and mysterious killings have become increasingly common.

Human Rights Watch, among other rights groups, has documented [4] numerous examples of mistreatment of journalists, opposition members and human rights activists. Security services and guerilla groups use off-book methods such intimidation, violence, arson attacks, forced disappearance, disappearance without trace and murder against people who speak out against those in power.

“Since Jammeh took power in a bloodless coup in 1994, arbitrary arrests and detentions have increased, and security forces continue to harass and mistreat detainees, prisoners, opposition members, journalists, and ordinary civilians with impunity.”

Human rights groups and local media reports have also documented the disappearance of over one hundred individuals, including former government employees. In 2005, Deyda Hydara, a prominent journalist, was gunned [5] down; his murder remains unsolved. A year later, journalist Chief Ebrima Manneh, a close colleague of Alaghie’s, disappeared [6] without a trace after being picked up by personnel from the notorious NIA. In December 2015, the European Union cancelled over 10 million euros in aid to The Gambia, citing human rights violations.

Alhagie worked for the Daily Observer newspaper from 2001 until his arrest in February 2013. He carried out several special assignments and represented the newspaper locally and internationally.

Even in Senegal, Alaghie Jobe lives in a constant state of fear. Relations between The Gambia and Senegal are not cosy. President Yahya Jammeh accuses Senegal of harbouring enemies and activists fleeing prosecution from his government. Senegal usually denies these allegations, but in 2015 it expelled [7] a French-Gambian activist [8] who has openly called for the overthrow of Jammeh. Activists also say that Gambian government operatives sometimes pursue escapees into Senegal. Since 2012 government operatives been implicated in the death of two prominent Gambian opposition activists in Senegal.

Alaghie is appealing for support to relocate out of Senegal. “The Gambia and Senegal are neighbours,” he said. “We have seen people sent back from Senegal to Gambia to face persecution. It is totally unsafe to live in Senegal when The Gambia is a stone’s throw and I know the government is doing all it can to make sure I am sent back home.”

Jobe has also appealed to UN and other human right bodies, media organisations, journalists and individuals concerned with promoting press freedom, freedom of expression and media rights to come to his aid.

“I have gone through different forms of torture,” he said. “Cruel, inhuman and degrading treatment and punishment, physical and psychological abuse and injury during my detention, and I cannot go through it again.”