What Awaits Confiscated Narco Fortunes? A Look at Police Work in Mexico, Colombia, and the US 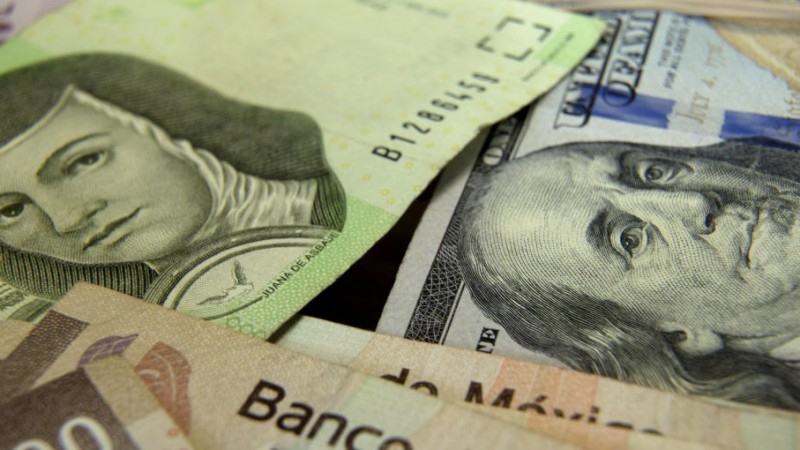 Mayra Rocha of Univisión, USA, conducted the original version of this report, which was also published by CONNECTAS. Global Voices is republishing it here, translated into English, as part of a content-sharing agreement.

Can you imagine getting to the point where you don't know how much money you have? This is what the Colombian leader of the Cali cartel, Gilberto Rodríguez Orejuela, confessed to his partner of eight years. That detail offers just a glimpse into the scope of the illegal drug trade, which is a booming multinational industry.

In 2011, Forbes magazine placed Mexican drug lord Joaquín “El Chapo” Guzmán among the richest men in the world, ranking him the second wealthiest in Mexico, with an estimated fortune of $1 billion. Today, he's estimated to be worth even more. At the time of his arrest in 1995, the fortune of Rodríguez Orejuela, main ex-leader of the Cali cartel, exceeded $1 billion, according to the Colombian prosecutor general. Pablo Escobar, the leader of the Medellín cartel, had an estimated net worth of between $9 billion and $15 billion.

But what happens to those fortunes when drug traffickers are arrested? In the United States, it depends on who makes the seizure. In the first instance, the money and assets seized go to a prosecutor who determines whether there is sufficient evidence for the case to go to court. Once the illegality of the money is established and the victims of the crime are compensated, the Justice Department, operating under a law regulating the “equitable distribution of funds,” parcels out the remaining money to the police departments that were involved in the investigation.

In a report released by the Platform for Latin American Journalism CONNECTAS, detective Rodolfo Rodríguez of the Los Angeles Police Department said:

By law, 65 percent goes to the department that performed the confiscation, and 35 percent is divided between the state and prosecutors to continue anti-drug operations.

Between 2001 and 2014, according to an investigation by the Washington Post with statistics from the Department of Justice, the LAPD received $18.4 million under this program, the NYPD made $27 million, and the Los Angeles Sheriff's Department earned $24.3 million. According to the report, the money is used to buy equipment, technology, and also fund training and operations to continue the fight against drug trafficking. In the event that goods are seized as a result of a federal operation in which entities such as the FBI or the DEA participated, the money ends up in the custody of the Treasury and Justice Departments and the goods and properties are resold at auction.

Such was the case of the Colombian drug lord Pablo Escobar's mansion in Miami Beach, which a Florida couple purchased more than 20 years ago for less than a million dollars (a price well below market value for a mansion overlooking the ocean).

In Mexico, whether it's houses, horses, or race cars, unclaimed property ends up at auction. According to Alonso Carriles, the director of Management Service and Property Disposal (a unit in Mexico's Ministry of Finance), the Attorney General's Office secures and guards all goods received, until criminal proceedings get underway against the property's owners. Officials sometimes have as much as $330 million under lock and key.

According to criminal attorney Gabriel Regino, buildings, land, hotels, and homes are auctioned off, but he stresses that the houses are the most difficult to sell, given the complications that could come from owning a home previously occupied by a drug dealer or their family. For this reason, the Mexican government has opted to rent these buildings to nonprofit organizations.

In Colombia, once the goods are seized, a window of time is opened for the accused to defend their property. If it is proven that the assets were acquired illegally, the Attorney General yields them to an asset administrator of the Victims Reparation and Combat Against Organized Crime Fund. It was to this organization that many of the goods that once belonged to Pablo Escobar and other leaders of the Medellín and Cali cartels were given. For this reason, the son of Pablo Escobar has publicly stated that neither he nor his family were left with the money or other goods that resulted from drug trafficking. Everything remained in government hands. According to the son's statements, he inherited from his father only a watch.