How to Comb Russia's TV News 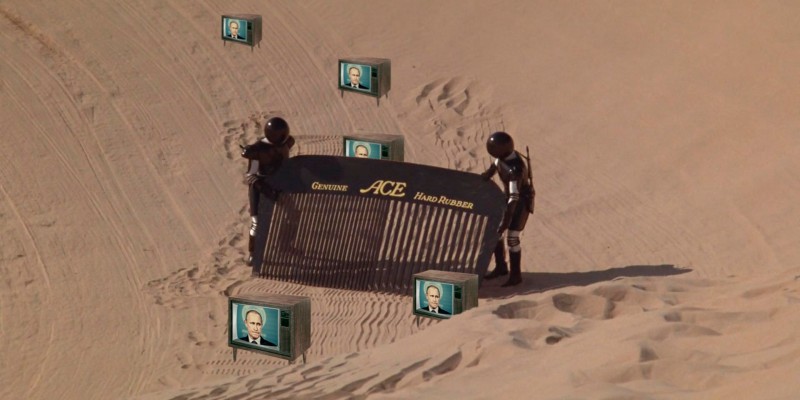 According to survey research by the Levada Center, the vast majority of Russians (85 percent) say they watch television to learn about the country's news. While less than half (41 percent) say they also trust the news they learn from TV, it still inspires twice at least as much confidence than any of its competitors. When conducting online open-source research in Russian, finding and evaluating television reports is often just as important as combing social media and online news sources. This guide explains how to evaluate TV news sources and navigate television networks’ online video archives, in order to compare coverage of specific events.

This is the most-watched channel in Russia, airing a variety of news, entertainment, and sports programs. The channel is state-owned and has a generally pro-government bias. For open-source research, the most relevant programming is the popular “Vremya” (Время) nightly news program, which has a weekly segment by the infamous pundit Dmitry Kiselyov. A livestream of the channel can be viewed here.

The fastest way to locate particular pieces of Channel One's news coverage is by searching through its easy-to-use video archive, sorted by date (if you cannot read the months, check a reference guide here from MasterRussian.com). The archive goes back to 1999, providing a wealth of easily accessible information.

Additionally, you can search through Channel One’s YouTube channel here.

This is the second-most-watched channel in Russia, airing news, entertainment, sports, documentaries, and other programming. Like Channel One, the channel is state-owned and the news coverage is rarely, if ever, critical of the Kremlin. Each news segment's title contains the word “Vesti” (Вести), including “Vesti,” “Vesti on Saturday” (Вести в субботу), “Vesti at 8:00 p.m.” (Вести в 20:00), and so on. A livestream of the channel can be viewed here.

The website makes it very easy to search for news segments, categorizing them by date and by specific program. After clicking on a Vesti segment, you can search by a calendar (календарь) to find a news broadcast on a specific date, going back to 2012. 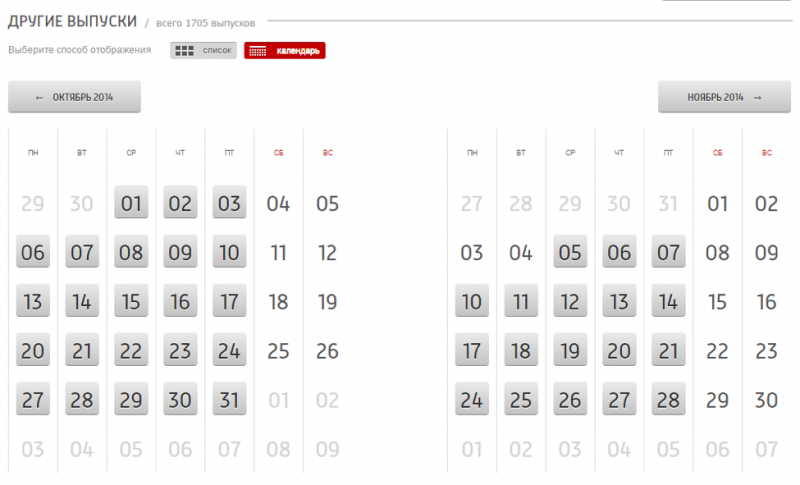 Additionally, Russia 1 has numerous regional channels. For their video broadcasts, search for Россия 1 with the region or city name—for example, enter “Россия 1 Ярославль” to find the station's Yaroslavl branch. Googling this phrase will bring the official television station’s website and the YouTube channel for the station, giving us an archive of nearly all of their local news broadcasts.

This is a 24-hour news channel and the sister channel to Russia 1. The channel was named “Vesti” (Вести) until 2010, and still retains the same URL of Vesti.ru. A livestream of the channel can be viewed here.

As with Russia 1, there are vast video archives for the news broadcasts for this channel, accessible by category and show here. You can filter the results by date after searching a term (click the magnifying glass in top-right corner), then selecting a date range. 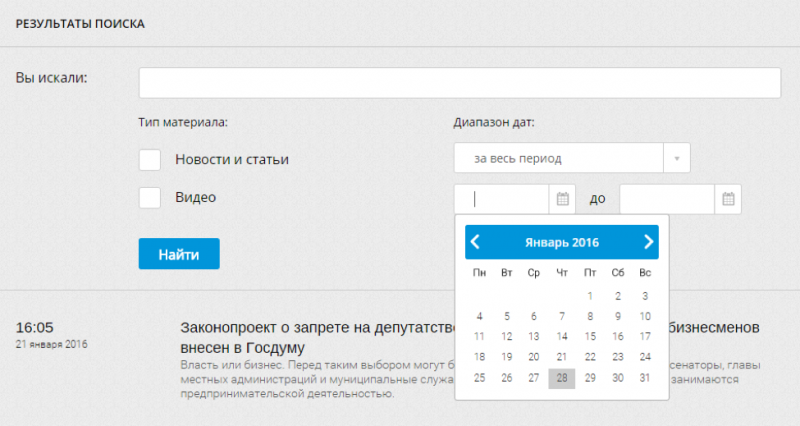 Additionally, Russia 24’s vast news broadcast archives are accessible (going back a few years) on its YouTube channel. The programs are filtered on the YouTube channel by theme (such as the more-than-1,000 videos on the “Situation in Ukraine” channel) or by program. 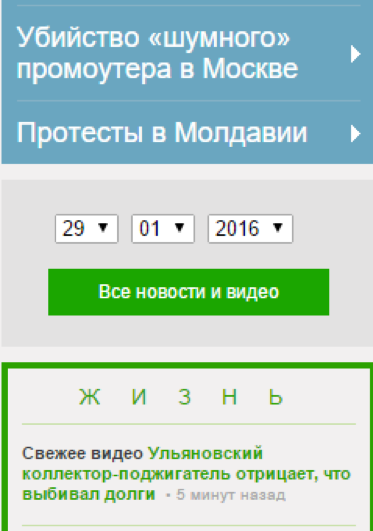 Since its takeover in March 2000 (following Putin's first presidential election win), NTV has been under the control of Media-Most and, after 2001, Gazprom Media. NTV is nominally independent, but the state has a majority stake in Gazprom, effectively putting the Kremlin in control of the network's major editorial policies.

NTV airs a number of news programs, along with shows, movies, and emotional investigations that often focus on crime. Its news is slanted towards the government line, and it's often more sensationalist than Russia 1 or Channel One. A livestream of the channel can be viewed here.

The easiest way to navigate NTV’s broadcast archive is by filtering its news page. From the “news” (новости) page, scroll down to find a small segment on the right-hand part of the page showing the date.

After selecting the desired date, any news segments that aired on that day will appear. When searching by key word, there is no way to search within a date range, but the results are ordered chronologically by default. You can also search through the daily news programs of NTV (“Сегодня” and “Итоги дня”) using NTV's YouTube channel.

This is the Russian Defense Ministry's television network. As you might imagine, Zvezda airs programs that focus on the Russian military, including documentaries, news programs, and war movies. The news itself is very pro-Kremlin, and sometimes it publishes and airs unverified content from fringe websites, such as a story claiming that “thousands” of ISIS fighters arrived in Odessa in November 2015. A livestream of the channel can be viewed here.

Zvezda’s YouTube channel with programming is available here (and the news-only channel is here). Unfortunately, the search function on the Zvezda website to find specific news segments is cumbersome, but you can still navigate it with some effort. Go to their search page and type anything into the field in the top-right of the page (which will say “поиск”). This will bring up the search parameters. When searching for a particular date, you must choose the date you wish to search (the first one, after “от”) and the day after the desired date (after “до”). For example, if you wish to search for a news segment on December 1, 2014, the graphic below show the needed search parameters (along with a key word in Russian after “По контексту”): 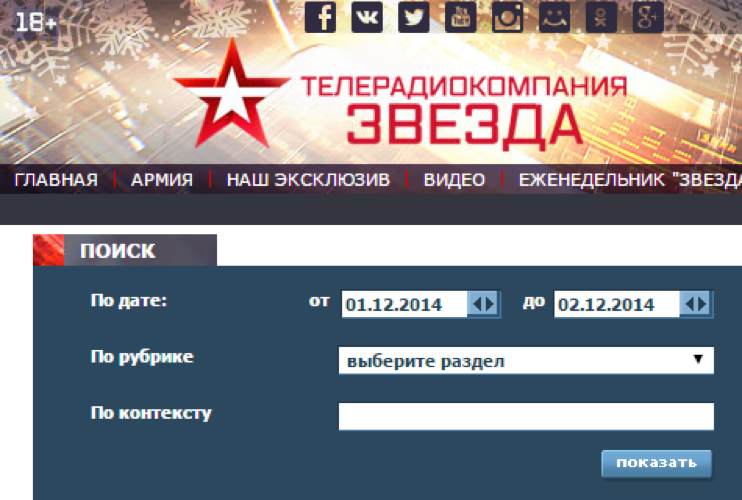 Alternatively, you may find success searching within Zvezda’s YouTube channel, avoiding the awkward search interface of its native website.

This is a privately-held television channel that has gained quite a reputation throughout the Ukrainian crisis as sensationalist and loose with facts. LifeNews—owned by Aram Gabrelyanov and said to be close with Russia's security services—prides itself at being the first to report news (often to the detriment of the truth and taste). Since the cooling of the Ukrainian crisis, LifeNews has gone back to focusing on sensationalist stories and a higher dose of celebrity news than Russia 1 or Channel One. You can watch LifeNews’ livestream here.

Of all of the television channels outlined in this guide, the broadcast archives of LifeNews are probably the most difficult to navigate. On the network's website, the search function only allows keyword search, without date parameters. You may have better luck searching through their YouTube channel, or trying focused searches through Google Video. For example, the search parameters below would search for all videos on LifeNews’ website that appeared on July 8, 2015, that also contain a keyword of choice:

Lastly, there is the independent, generally anti-Kremlin television network TV Rain, which moved to a subscription model after most cable carriers dropped it from coverage. The station often hosts pro-Western, anti-Kremlin guests, and occasionally grants airtime to pro-Kremlin figures and even some state officials. The network is said to have ties to Prime Minister Dmitry Medvedev's circle of influence. While the great majority of the channel’s programming is news, there are also some entertainment programs. A livestream can be viewed here (with a paid subscription).

The channel’s archives are very easy to navigate using its archive here. For example, the search below for November (“Ноябрь”) 10, 2014, yields 52 results, including 17 broadcast segments.

While access to some results may require a subscription, the great majority of the archived broadcast segments is accessible to everyone. You can also access the channel’s broadcasts on its YouTube channel.

There are, of course, additional channels in Russia producing news coverage—such as REN TV (РЕН ТВ), Channel 5 (Пятый канал), and RBC (РБК)—but for most purposes, the channels outlined above will be more than sufficient for research, in conjunction with local television channels. Unlike American and some European media outlets, Russian television channels are often meticulous in publicly cataloging their broadcasts, sometimes going back over a decade. When conducting open-source research on nearly any event in Russia—a protest, natural disaster, crime, or any other topic—these archived broadcasts often provide incredible amounts of information, along with a window into the source that the vast majority of Russians rely on for their news.