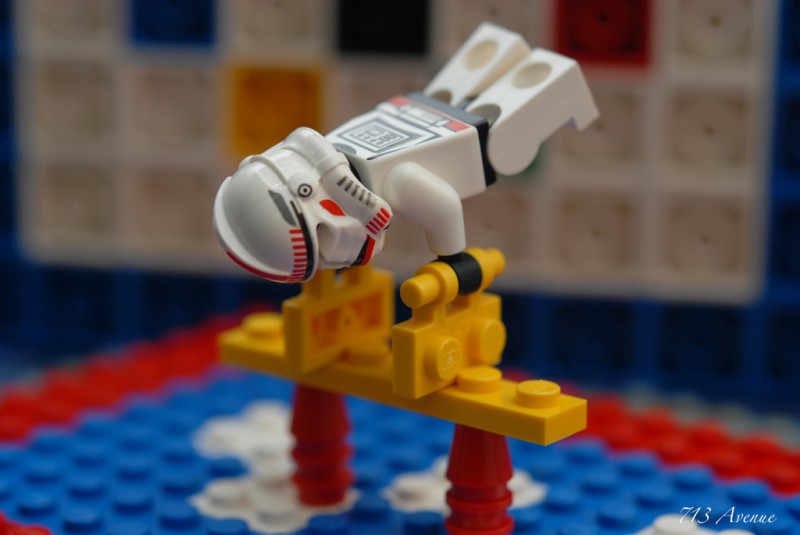 It is rare that gymnastics, considered a fringe sport in Trinidad and Tobago, captures the attention of the local blogosphere. But that's exactly what happened this week when 20-year-old gymnast Thema Williams, the country's best hope in the sport for the Rio 2016 Olympic Games, suddenly became the victim of perceived character assassination over a photograph she had posted more than a year ago on Instagram.

Popular online news site Wired868, known for its sharp reporting and sometimes satirical take on politics and sport, reported that on February 22, “Georgette Heinz, the self-declared mother of an unnamed young female gymnast, sent a topless photograph of Williams to the Trinidad and Tobago media, the Trinidad and Tobago Gymnastics Federation (TTGF) and members of the local gymnastics fraternity”:

The photograph, which was posted on Williams’ Instagram page, was captioned: ‘Being a Black Woman is an honour… Always.’

Williams covered up competently with her arms and there was no exposure of her breasts in the shot, although it was clear that she did not have a top on.

Heinz called the photograph ‘disgraceful’ and demanded that the TTGF take action against the gifted athlete.

Although no-one in the local gymnastics fraternity could say they knew anyone by the name of Georgette Heinz, the TTGF confirmed that it would meet to discuss the situation and announce a decision.

Williams said she had posted the photo in February 2015, but had deleted it a day later after her American coach, John Geddert, relayed his concerns about the shot. “It was supposed to be about appreciation for your body, especially in the skin that I am in. The caption itself said I am a proud black woman,” she told Wired.

The timing is indeed quite curious, as Williams is currently prepping for the Olympic Test event in April in Rio, the final qualifier for the Olympic Games. Should the board decide to rule against Williams, Marisa Dick, a Canada-born gymnast who can represent Trinidad and Tobago since her mother is a national, would theoretically take her place.

The lead-up to securing that Olympic spot has been fraught, however, since Trinidad and Tobago had only one Women’s Artistic Gymnastics spot for the Rio Olympics. The TTGF contract made it clear that its selection committee would choose the gymnast with the highest all-around score at the 2015 World Gymnastics Championships in Glasgow to go on to the Olympic Test Event in April.

Williams placed 59th out of 192 participants at the World Gymnastics Championships; Dick placed 77th. But a month after the competition, the TTGF still had not confirmed that Williams had qualified to compete in the Test Event. However, Wired868 reported that “Trinidad and Tobago Olympic Committee (TTOC) president Brian Lewis met with the TTGF on the issue and [said] that Williams was the chosen gymnast.”

Dick, meanwhile, was busy patenting a new mount that bears her name and is now in the sport's official Code of Points (a set of rules that informs the scoring system for each level of competition in gymnastics). She was also named as the TTGF's 2015 nominee for the Sportswoman of the Year award, an honour bestowed upon athletes by the Trinidad and Tobago Olympic Committee, despite Williams having been the first Trinidad and Tobago gymnast to ever qualify for an Olympics in that same year.

It is noteworthy that the TTGF letter, which both gymnasts received prior to the Glasgow competition, cited that an athlete could only be ruled out of the Olympics due to doping or injury — but according to the Wired post:

A subsequent contract listed another criteria under the heading of ‘Ambassador of the Sport’ and both girls were required to swear that: ‘I am a representative of TTFG and must conduct myself in a manner that upholds the name, reputation and goodwill of TTGF… As such, my conduct publicly known and not publicly known must not reflect poorly upon or bring discredit to TTGF, its other athletes, its coaches or its events and programs.

My conduct extends beyond actions on the field of play, including but not limited to actions/posting/images disseminated in the public domain.’

In a curious twist, on February 25 the TTGF ended up sending both gymnasts to its Disciplinary Committee after a second photograph, this time of Dick, surfaced. In the photo, which appeared to be from Snapchat, Dick is clearly topless, but her breasts are not exposed. The committee will deliberate on the matter next week.

The whole thing is such farce. So what if they have a bunch of topless pics, which by the way, show not a whole lot of anything. What a load of bullcrap, not to mention hypocritical considering this is the same country where it was perfectly acceptable a couple of weeks ago for literally HUNDREDS of women to gyrate through the streets of POS wearing barely there costumes, or pasties or paint and thongs. The real travesty is that we have two athletes, both of whom want to compete at the Olympics. One managed to make it despite all her early training here without access to the kind of facilities that make world class gymnasts. The other is a Canadian girl, who I'm sure worked very hard to get where she is and probably would have competed for Canada but since that's not on is now trading on “trini by descent”. All very well and good, happens all the time and countries have benefited from this. But when you have ONE slot, and the home grown girl scored higher than the other one…well, exactly what are we debating?

So many countries celebrate an athlete's body. In my country, a female athlete could be shamed and disciplined for showing hers. Thema Williams is my beautiful, confident, talented goddaughter and she has been training for the Olympics since she was 3 years old. She's almost there and it's a shame she is distracted by this nonsense. Shame on you adults who try to bring down our young athletes. Thema has given up a scholarship, family, friends, boyfriends, to train and live her dream of representing her country at the Olympics. I am disappointed that this is even an issue and I hope that the Olympic board will wake up in the 21st century and dismiss this matter as soon as possible so our athletes could focus on what they need to. ‪#‎3rdworldmentality‬ ‪#‎Growup‬ ‪#‎Steups‬

The Trinidad and Tobago-based feminist group Womantra was also critical of the TTGF's decision to send both athletes to its Disciplinary Committee and said that the photos should have no bearing on whether they represent Trinidad and Tobago at the upcoming Olympic Games. Their statement made the point that the email by “Georgette Heinz” that accompanied Williams’ photo “is reflective of a larger systemic problem in our country referred to as the policing of women's bodies”.

I am yet to see an uproar about that, either on these pages or elsewhere. And I couldn’t help but wonder if ‘Georgette Heinz’, who wrote that initial email complaining of Thema’s Instagram post, will also stop her daughter from watching Disney movies, or playing with her Snow White doll in response to ESPN Magazine’s Body publication.

Hislop also addressed the vitriol that was being directed at Dick for not being “fully Trinidadian”:

Please remember that you are talking about two young women who are both trying to find their way in an increasingly confusing world.

They are at an age where they are both discovering their sexuality, recognising the strength of their shared heritage, and trying to do so in a world in which women of every colour are asserting their equality.

An online petition in solidarity with the two gymnasts has since been started, requesting that the TTGF “take a deeper look into the timing of the release of these pictures as they seem steeped in malicious intent.” It called on supporters to:

Let us stop body-shaming. Let us show our support. Let us take a stand, and not hamper the future of our girls and our chances at the Olympics.