Is Japan Having Sex? 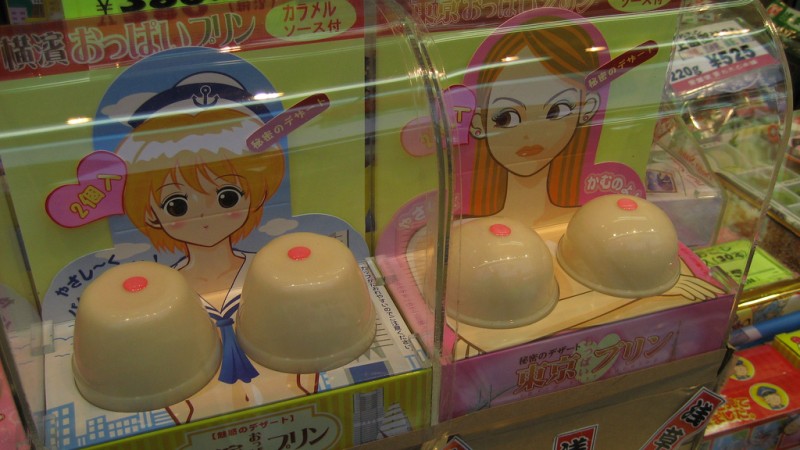 In late February 2016, Japan's census bureau announced that the country's population has experienced a net decline, with more people dying than being born, for the first time since the state started keeping these records in 1920.

The news of comes amidst regular news reports in Western media that Japanese people are having less sex than ever before. Some Western writers are even asking why young people in Japan stopped having sex.

How much sex are Japanese people having, anyway, and could having more sex help Japan improve its declining birth rate?

Japan's Population Is Officially in Decline

First, let's consider Japan's population decline. Over the past five years (Japan conducts full census surveys once a decade, with a partial count after five years), Japan's population shrank by nearly 950,000 people (by 0.7 percent) to 127.1 million people. Nearly a third of all Japanese were over 65 years old in 2015. By 2050, almost 40 percent will be older than 65.

To make matters worse for the future of Japan's population, the country's fertility rate has been about 1.41 births per woman, putting it well below the “population replacement rate” of about 2.1 (the average number of children born per woman to replace the population for nearly forty years since the 1970s).

The census bureau's announcement this month of a net decline in Japan's population, then, has been foreseen for quite a while.

Japan is not the only country in the world experiencing this phenomenon. In Germany, fertility has remained below 1.5 children per woman since 1975, while the World Bank notes that the East Asia and Pacific region is aging faster than any other region. In other words, the nation's “graying” is a global challenge that's not unique to Japan.

The main problem (says conventional wisdom, at any rate) is that Japanese people are no longer interested in having sex.

Japan's “Celibacy Syndrome”: Real or Imagined by the Foreign Media?

Rather than comparing it with its peers like Germany, Japan's population is often connected to the perception that Japanese people just aren't having sex. There apparently seems to be a name for this phenomenon in Japan: the “celibacy syndrome” (セックスしない症候群). Interestingly, the Wikipedia entry for this phrase quotes a 2013 Guardian article as the primary source for the term.

A Japanese-language article about “celibacy syndrome” begins by referencing a 2013 BBC documentary called “No Sex, Please, We're Japanese.” Most of the search results for “セックスしない症候群” seem to have appeared around 2013, and articles by foreign-owned media properties such as Huffington Post and China's People's Daily Online are at the top of the Japanese-language results.

The idea may have originated with the gold-standard for sex research, the Sexual Wellbeing Global Survey. Conducted by condom-maker Durex in 2006 and 2007, this poll from nearly a decade ago interviewed 26,000 people, aged 16 and older, across 26 countries about their sexual habits.

Despite being almost 10 years old, the results of the Durex survey continue to be recycled year after year by both Western and Japanese media.

For example, in a 2014 article in the online edition of magazine Toyo Kezai, Sechiyama Kaku, a professor at University of Tokyo, cites the 2006/07 Durex study to argue that “Japan has the lowest sexual frequency in the world.” (In the Durex study, Japanese respondents reported having sexual intercourse 45 times a year, the lowest number among all the 41 countries surveyed.)

That said, a little-known, more recent Japanese report seems to confirm Durex's conclusions about Japan's national libido. As a matter of fact, Sagami, a leading condom company in Japan, conducted its own survey on sex in Japan in 2013. Blogger Yuta Aoki summarized the results of the Sagami survey here in English. Aoki notes that the more recent Sagami survey seems to confirm Durex's conclusion: Japanese people report not having a lot of sex.

Aoki notes that Sagami's survey indicates that people in relationships in Japan (Durex surveyed anyone sexually active) may be having sex far less than 45 times per year. A 2006 survey by Bayer found that Japanese married couples had sex just 17 a year, on average.

On top of that, the Sagami study found that 55.2 percent of married couples consider themselves to be sexless. “Sexless marriage” has become a hot topic in Japan in recent years.

In a survey of its own, the Japan Family Planning Association found that most married men were too busy or tired from work to have sex. Japanese women reported that sex was “too bothersome.”

However, the interesting thing about Sagami's study, Aoki reports, is that, generally speaking, people in Japan have no aversion to sex: 83 percent of single men and 58 percent of single women in their 20s and 30s say they want to have sex.

While there may be a variety of reasons why some people in Japan are going without sex, an aversion to intercourse doesn't appear to be one of them.

Japanese Men May Be Having Sex, Just Not Always With Their Partners

It's important to note that, in the context of the Sagami survey, people in couples who reported being part of a “sexless marriage” were simply reporting on whether or not they were having sex with their partners.

What goes almost universally unreported is extramarital sex, and sex for money.

According to various surveys, between 10 and 20 percent of Japanese men admit to extramarital sex (不倫, furin) with women at about half that number. So, even if many Japanese people are in sexless marriages, it's not always accurate to say they're having no sex.

On top of that, many married men in Japan also avail themselves of the country's US$5 billion (5兆6,884億 円) sex trade. Indeed, a significant minority of married heterosexual men in Japan are choosing to pay for sex.

A Significant Minority of Japanese Men May Be Paying for Sex

According to Japan's National Police Agency (NPA), as of 2011 there were more than 29,000 businesses connected to the sex industry (性風俗関連特殊営業, seifuzokukanrentokushueigyo)—10,000 more businesses than four years earlier in 2007.

In one poll conducted by MiW (a community devoted to providing support and advice to those whose spouses had engaged in extramarital sex), 23 percent of married men surveyed in Tokyo said they had paid for sex.

Another survey by the National Women's Education Center of Japan found that 40 percent of Japanese men pay for sex.

So, while Japan's “celibacy syndrome” may exist, it may only be between heterosexual couples in long-term relationships.

Where Does This Leave Japan's Declining Birth Rate?

Thanks to a new policy by the Abe government, women in Japan are being put in a double—or even triple—bind: Japanese women are being encouraged to have more children in order to increase the country's fertility rate and slow population decline. At the same time, Japanese women are being encouraged to “lean in” and participate more in the workforce. However, women will still be expected to be responsible for childcare, while looking after ageing relatives.

So, even if more sex means a higher birth rate, for Japanese women it could mean just more work, and even less free time than they have now.

With research by Masae Okabayashi.