Young Women in Kosovo Are Writing Code to Fight Harassment 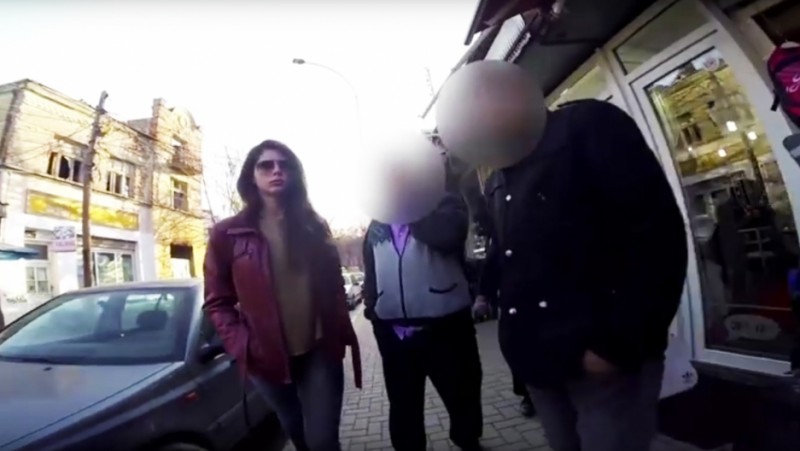 Rita Parashumti walks around Pristina similar to the “10 Hours of Walking in NYC as a Woman” video for Prishtina’s Take Back the Night. Credit: Kosova WomensNetwork/YouTube

This article by Nate Tabak for The World originally appeared on PRI.org on February 24, 2016, and is republished here as part of a content-sharing agreement.

Medical student Rita Parashumti has many horror stories about walking the streets of Kosovo as a woman. One that stands out happened while she was with her mother in Prishtina, Kosovo’s capital.

“An older guy said something really brutal to me — like, “I wish I’m going to eat your something,” recalls Parashumti, 23. “I felt really embarrassed in front of my own mother.”

Women and girls in Kosovo almost never report these incidents, which are exceedingly common. But a new mobile app called Ec Shlirë — Walk Freely in Albanian — hopes to change that.

Ec Shlirë, which launched on Thursday, is inspired by Hollaback, an American movement to report street harassment. The Kosovar app gives users the ability to discreetly report instances of sexual harassment of all types. The reports will be visualized on an interactive map and will be sent to the authorities.

While individual perpetrators won’t be identified, the data gathered by the app will allow Kosovars to actually see the full extent of sexual harassment and will also put pressure on the authorities to respond.

“In Kosovo a lot of women who experience harassment don’t go report it directly to the police, because the police may not take one incident of harassment on the street so seriously,” says programmer Albana Dulaj. “If we have more reports, I believe they’ll take it more seriously.” 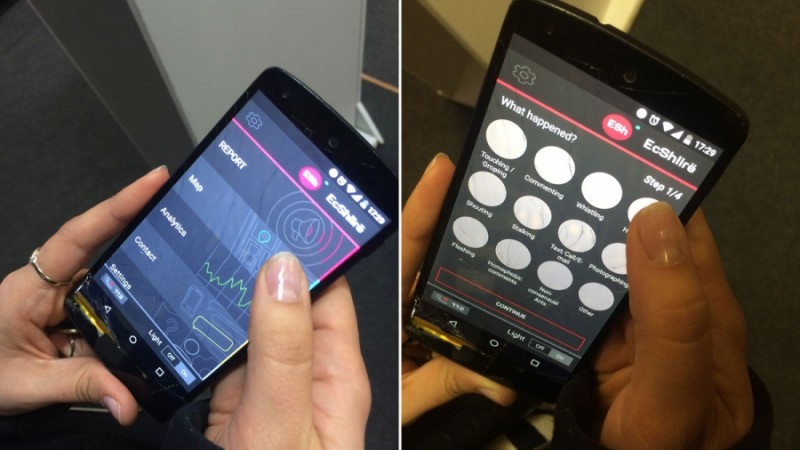 Dulaj is among 30 young women who built the app as part of a group called Girls Coding Kosova.

The development of Ec Shlirë also is helping address another problem in Kosovo: the lack of women in the tech industry. It’s a problem across the world, but in Kosovo it’s compounded by the absence of women in the workforce altogether. Only one in 10 women have a job and another one in 10 are looking for one, according a study by Democracy for Development.

Blerta Thaci, the programmer who leads Girls Coding Kosova, is trying to change this by giving young women more hands-on experience in coding.

“They thought that this is not something that they can do because it’s only for boys or something like that, but it’s the opposite,” Thaci says.

And for the women making Ec Shlirë, the project has been very personal.

“[Harassment is] happening. It happens every day,” says Kaltrina Murseli, a 23-year-old programmer. “It’s happening to your sister, to your mother, to your daughter, to everybody.”

According to a new report published by the Kosovo Women’s Network, only 4.1 percent of Kosovars have reported sexual harassment or have heard of other people doing so. Those who do report harassment face vague laws and spotty enforcement by police and prosecutors.

While the app includes an emergency button to call police, the app’s creators don’t envision it as the main function. They see the larger impact coming from changing attitudes.

Ultimately, programmer Vjosa Preniqi says that the app will make guys think twice before harassing anyone, “And also, women can learn from this. Because they should not support guys and say, ‘Oh, harassment, it’s nothing, it’s a casual thing.'”

Parashumti, the medical student, welcomed the arrival of Ec Shlirë. It’s a continuation of a conversation she helped start about street harassment in Kosovo.

She starred in a video during Kosovo’s Take Back the Night campaign, in 2014. Parashumti spent eight hours walking around Prishtina while being secretly filmed. It was inspired by the viral video “10 Hours of Walking in NYC as a Woman.”

“It was the first time I was happy when someone said something,” Parashumti says. “I thought, wow. We got this filmed.”

In the Kosovo video, men whistle and shout lewd comments at her. The worst episode, she says, is when two young men follow her for eight minutes straight. Parashumti experienced more than 50 instances of harassment over the course of the eight hours.

It got a lot of attention and brought the issue of harassment to light in a way that it never had in Kosovo. Parashumti says Kosovo still has a long way to go but it's moving in the right direction when it comes to street harassment.

“I had thought that it will take years and years for this to change. But I think it can get better in much less time now that I know that so many people want to change this,” Parashumti says.