Can Mountains of Animal Bones Boost Food Security in Ethiopia? 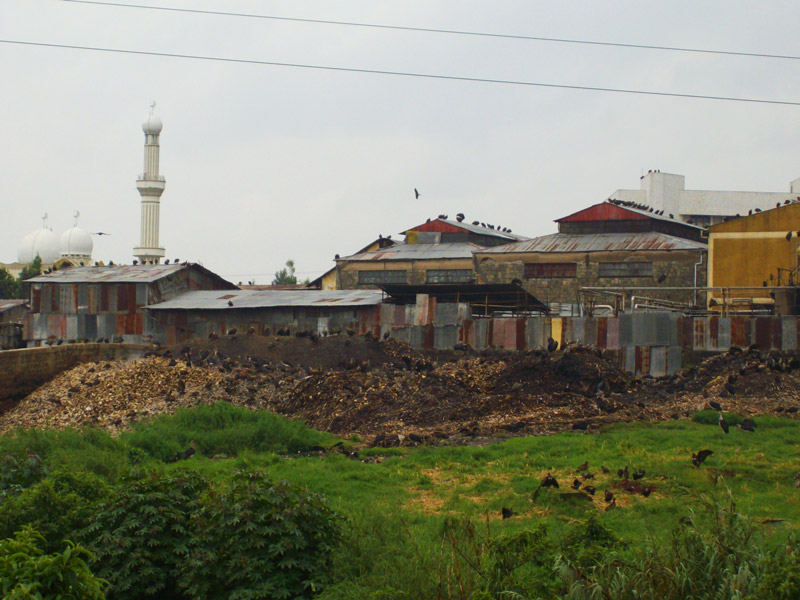 This post by Virginia Gewin was originally published on Ensia.com, a magazine that highlights international environmental solutions in action, and is republished here as part of a content-sharing agreement.

As unemployed young men pick through trash heaps near Jimma University in southwestern Ethiopia to find treasures to sell, they search for one of the hottest resources in demand at the moment: discarded animal bones.

Animal bone is one of Ethiopia’s only sources of phosphorus and calcium, nutrients the country’s acidic, depleted soils have in shortest supply. Most of the country’s 80 million farmers, who comprise 80 percent of the population, cultivate small parcels of the ruddy soils. Despite the fact that Ethiopia is one of the fastest-growing economies in the world, fertilizer often remains an out-of-reach expense. And if farmers are able to buy phosphorus fertilizer, they typically apply only a fraction of what is needed, which diminishes, if not eliminates, the intended effects of the fertilizer. As a result, hectares of stunted maize plants — made worse by the current devastating drought — are a common sight, and 10.1 million households in the sub-Saharan country will rely on food aid this year. In search of nondegraded land, farmers expand operations onto steep mountain sites, which are not ideal for agriculture, either.

In 2011, the U.S. Embassy in Ethiopia spent US$15,000 to foster an agricultural research partnership between Cornell University in Ithaca, New York, and Jimma University, located 350 kilometers (217 miles) from Ethiopia’s capital, Addis Ababa, as a way to both educate students and improve food production in the face of climate change. The partnership quickly seized on the phosphorus dilemma and the potential of the abundant, untapped source of the nutrient going to waste outside slaughterhouses or in garbage heaps across the cattle-rich country.

“There were piles of bones that nobody was using at the time,” says Cornell University soil scientist Dawit Solomon, a native of Ethiopia. Solomon and colleagues decided to turn the mountains of slaughtered cattle, sheep and goat carcasses into a local fertilizer source. In 2013 the researcher calculated that, if recycled, the 192,000 to 330,000 metric tons (212,000 to 364,000 tons) of bone waste each year from livestock could yield 28 to 58 percent of annual phosphorus supplies to the country — saving US$50 million to US$104 million annually were the same amount of fertilizer imported. They proposed setting up a system to collect bones and burn them at high temperatures, a process known as pyrolysis. Pyrolysis eliminates potentially harmful microbes and makes the phosphorus in the resulting bone powder more available to plants when added to the soil. (The team is working separately on trials to address nitrogen and potassium shortages in the soil, but the focus of the bone char research is to provide phosphorus.)

It wasn’t clear how, using Ethiopia’s existing technology, to fashion bone into the familiar, easy to spread, slow-release fertilizer pellets farmers would want. Cornell agricultural economist Garrick Blalock and students from Cornell and Jimma found themselves in uncharted territory — spraying sugar water onto powdered bone, cornstarch and molasses as a motorized spinning disk churned the mixture into sturdy peanut-sized pellets. They finally hit on a winning strategy and are now supporting development of low-cost machinery to produce the fertilizer anywhere in the country.

Having raised US$200,000 in funding, the team produced the first bags of Abyssinia Phosphorus last fall. Preliminary trials demonstrated that fertilizers incorporating bone char to supply phosphorus needs more than doubled yields compared to unfertilized soils. And the bone-char option was up to 30 percent cheaper than commercial fertilizer. The research also indicates that the handful of farmers who have so far applied samples of the product are interested in using a bio-fertilizer. Furthermore, there appears to be no cultural aversion to it — something that wasn’t a foregone conclusion at the start of the project.

Phosphorus is the most crucial nutrient in shortest supply worldwide. Prices soared 800 percent in 2008, prompting fears of an imminent global phosphorus shortage. Only six countries control 90 percent of the global phosphate rock supply — with Morocco dwarfing all others with 50 million tons (45 million metric tons) of the world’s 69-million-ton total, and China coming in a distant second with 3.7 million tons (3.4 million metric tons). Conventional fertilizer costs in Africa are typically twice the international price, and transport costs are roughly seven times higher than in the U.S. Some scholars have predicted that instability in northern Africa and the Middle East could lead to disruption in global distribution of phosphorus and threaten food security around the world.

The team of researchers faces one last hurdle: ensuring a steady supply of bones to be converted into fertilizer. “We know, in principle, there are enough animals slaughtered that if we are able to collect all, it would be a significant contribution to fertilizer availability,” says Johannes Lehmann, a soil fertility specialist at Cornell. “But where all these bones are located, if they can be collected efficiently and at what price are all equally up in the air.” For example, once the bone collectors scavenge the existing supply in city dumps, waterways, streets, butcher shops and restaurants, it will be important to find a cost-effective way to maintain fresh bone supply.

But early bone collection efforts, which started in January 2016, have proven so robust — 400 kilograms (900 pounds) per day — the team recently had to suspend collection until they can build additional storage. University researchers initially paid 2 Ethiopian birr per kilo (roughly 4.5 cents per pound) for the bone. They’ve since lowered the price to 1.25 birr per kilo (2.8 cents per pound). Still, the daily incomes of the bone-collecting men and women more than doubled.

“It’s beyond our expectation,” says Solomon. “We’re working to speed up the conversion of bones into fertilizer so we can quickly take care of stocks and make space for more.” The ultimate goal is to create a public-private partnership able to get bags of fertilizer on the market.

For the second most populous country in sub-Saharan Africa, bone char fertilizer is just one piece of a larger effort underway to help avert starvation as the population could triple to 300 million by 2050. Blalock calls it a win-win-win project. “It creates jobs for the landless poor, recycles a resource otherwise being wasted and improves the availability of fertilizer,” he says.

Learned Dees, the cultural affairs officer at the U.S. Embassy in Addis Ababa, calls the product “a potential breakthrough” for the country, and, potentially, for the continent, especially for other countries facing similar challenges.

“We need to think more creatively about how to put the waste streams we [humans] generate to good use,” says Lehmann. “Nothing should be off limits.”

Virginia Gewin is a Portland, Oregon-based freelance science journalist and 2016 Alicia Patterson Foundation fellow. For the last decade, she has been freelance writing for Nature, The Oregonian, Portland Monthly, PLoS Biology and Consumers Digest. She tweets from @VirginiaGewin.