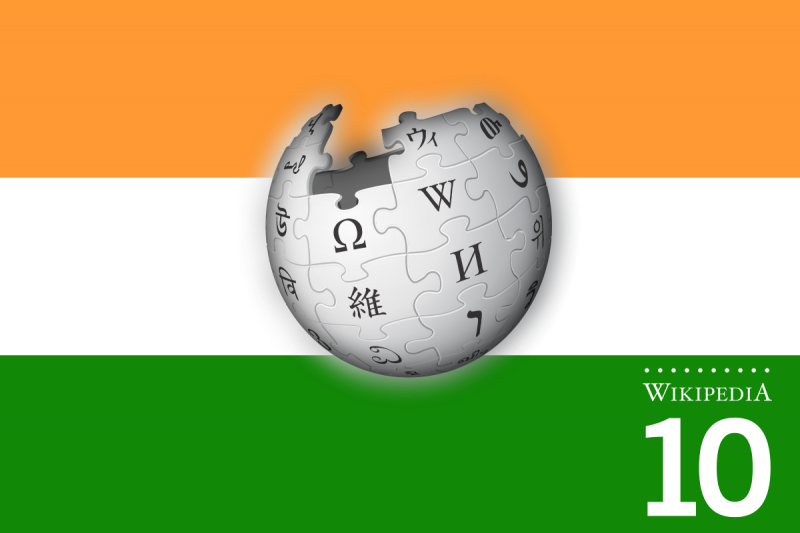 On January 15, 2016, Wikipedia, the free online encyclopaedia, celebrated its 15th birthday, meeting this milestone with 36 million articles in more than 290 languages (the English-language Wikipedia alone has crossed the 5-million-article mark [2]). But here I want to address some major questions that Indians need to ask of themselves. First, what is the state of Indian-language Wikipedia projects? And what does India have to take from and give to Wikipedia?

With the growth of free and open source software in India, people are equipped with more freedom than ever. [3] Especially with the recent federal policy-level changes [4], the nation is enjoying better collaboration with people of different cultures speaking different languages.

Wikipedia is not just an encyclopaedia. It is also part of a “family” comprising several other Open Knowledge members. Wikipedia itself is available in over 290 languages, but it also has other multilingual sister projects such as Wikisource [5] (an online library of many public domain and other important texts), Wikimedia Commons [6] (the world's largest repository of media files and documents), Wikibooks [7] (a free library of educational textbooks), Wikivoyage [8] (a free and open travel guide) and Wiktionary [9] (a database of various languages). These projects don't just house millions of images, videos, documents and texts—they allow anyone to contribute their knowledge to this ever deepening pool of information. Four Indian languages made an early entry to the Wiki-world back in 2002 — Assamese [10], Malayalam [11], Odia [12] and Punjabi [13]. Some people might not have noticed that the “en” in the URL of Wikipedia that denotes the language code of English, could be altered with “or” for Odia Wikipedia or “pa” for Punjabi Wikipedia. 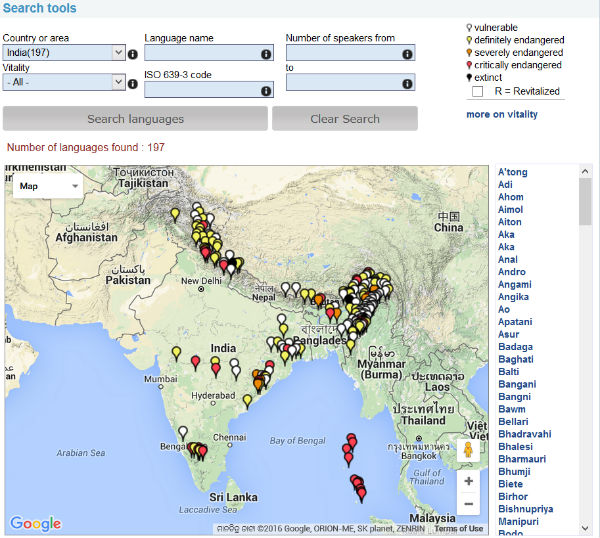 According to UNESCO, 197 of the 1,652 Indian languages are dying, despite having a long literary and linguistic heritage. That's quite a shocking statistic. In a blog post [15] on content localisation, social entrepreneur Rajesh Ranjan asks if free and open source software can help save these dying languages. In the context of Wikipedia, there are already 23 South Asian-language projects. Out of these 20 are languages listed in the 8th schedule of the Constitution of India [16], signalling the government's obligation to developing these languages.

Most Wikipedia projects in Indian language projects are relatively small compared to their counterparts. But the Wikimedia communities are thriving. While only parts of government websites are available in Hindi, Hindi Wikipedia [17] has already crossed 0.1 million articles. The Tamil [18] and Malayalam [19] Wikipedia communities have played a central part in implementing Wikipedia basics learning as part of the state-run school syllabus. These communities have also played a significant role in popularizing free and open source software by pushing for policy-level change. Many Indian languages are in the pipeline to become active Wikipedia projects under the scope of the Wikimedia Incubator [20].

Maithili Wikipedia [21] and Goan Konkani Wikipedia [22] are two Indian-language Wikipedias that have gone live in recent years. The world has seen how digital activism has brought a new life to languages such as Hebrew, and there are a large number of native speakers waiting out there to access knowledge in their own languages. Wikipedia could be a great tool for supporting digital activism with openness and sharing. 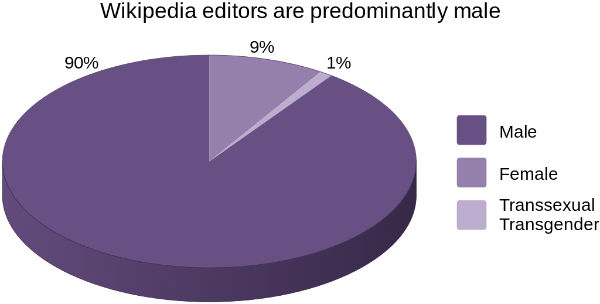 India tops South Asia in the gender inequality index [24]. The literacy rate for women [25], however, is alarmingly low at 65.46%, compared to 82.14% for men. This disparity is evident in many other sectors of society, as well as in politics.

But gender bias is not a problem only in India. The global free and open source software (FOSS) community has long been concerned about the low participation by women— [26]they make up 2-5% of contributors. [27] Wikimedia Foundation's former executive director admitted that Wikipedia, like many other collaborative and open projects, does not have a conducive environment for women [28]. But the Wikimedia community and Wikimedia Foundation are both working on improving this state of affairs. Indian-language Wikipedia projects are part of this global drive, with initiatives such as the Women's History Month edit-a-thons [29], or the Lilavati's Daughters project,  [30]where biographies of Indian women scientists were created and enriched in Wikipedia projects.

India, with its population of 354 million [31] netizens, still has a long way to go towards increasing Indian language content on the web [32]. The government's Digital India [33] campaign aims at digital literacy and making digital resources/services available in Indian languages [34]. This is closely aligned with the Wikimedia movement's goal of providing free access to the sum of all human knowledge.

In addition to Wikipedia, many other open educational resources and free knowledge projects that are not already a part of the Digital India campaign signal the need for the federal-run campaign to be more collaborative and open. Community-government collaborations like the NROER project [35] to make National Council of Educational Research and Training [36] books available under Creative Commons licenses, and the IT@School project [37] in the state of Kerala to provide education using free and open tools, have gained massive traction, and helped build the volume of Indian language content online.

A version [38] of this article previously appeared on The Huffington Post.