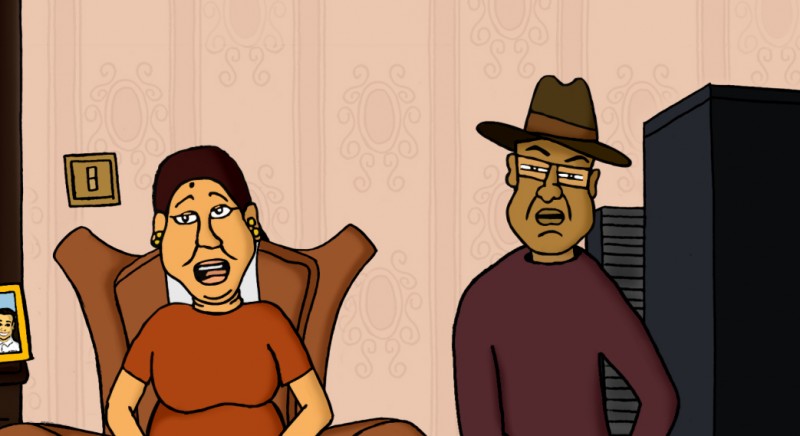 Joyce and Herman — the animated characters who tell the story of their experience as part of the flood of Britain-bound Caribbean migrants after WWII. Image courtesy Keston Neunie, used with permission.

High expectations, subpar reality. On June 22, 1948, Jamaicans Joyce and Herman became two of the “fortunate” 492 Caribbean passengers to board the MV Empire Windrush in search of a better life, marking the start of a post-World War II wave of immigration to Britain. They would soon find out how difficult life could be in this new world and that many in their community weren't very welcoming to people of colour.

Joyce and Herman, UK-based animator Keston Neunie‘s grandmother and uncle, are now sharing their experience with a new generation of West Indians, both in the Caribbean and throughout the diaspora, as the voices of animated characters who remember their struggles as part of the so-called Windrush Generation.

Many people who have heard stories about the Windrush Generation from their elders were happy to see it as a cartoon and reminisced about the old days when the video was shared on Banddulu's Facebook page.

Excellent. I came to England in 1962. I was 10 years old. In Jamaica smoke was associated with the kitchen which was separate to the house so I thought smoking chimneys were kitchens and there were no words to describe how cold it was. My world had turned grey! We lived on a street with mainly Irish families who shared our experiences. An honest reflection of harder times.

These are the kinda cartoons that should be on Saturday mornings/Saturday nights. So interesting with humor included.Very educational for the children & entertaining for the adults moreover this is what we should [be] fighting to see & know of & not [fighting] each other.

Global Voices got a chance to catch up with the episode's creator, Keston Neunie, who has produced an entire StoryCorps-style animated series based on characters who are often stereotyped — migrants, like Joyce and Herman — but also blacks, single mothers, poor people, etc. The series brings their experiences to life from a completely different perspective.

Global Voices (GV): When and how did this concept to create an animated, factual series come about? 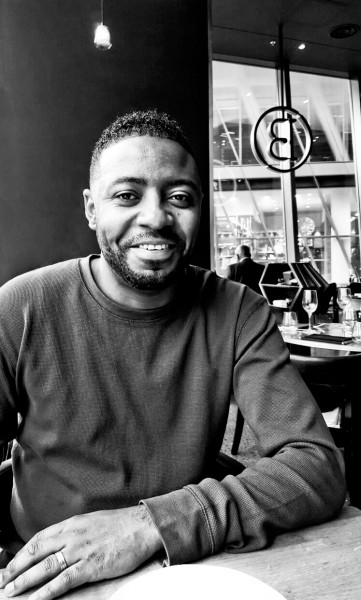 Keston Neunie (KN): It started out as an undergrad final-year project while undertaking a degree in animation. Reviewing the historical stereotyping of black people in film and media, I was interested in developing more rounded representations that challenge stereotypes, for characters that are often misrepresented. My first animated short, entitled ‘In Stereo’, starred a young, black male character called Tony Blackwood, ironically discussing stereotypes and breaking into the film industry. The film attracted attention from Channel 4, who were interested in developing the idea into an educational TV series. Post-development, for business and creative reasons, I decided to go it alone and self-fund the series, which was initially released online as a digital download in 2011.

GV: Why did you choose to center it around characters that are often stereotyped in both society and media (single mothers, Jamaicans, black males, etc.)?

KN: This was largely because such characters are consistently reduced to representations that are out of touch with reality. While studying, I was the only black person on the animation course (odd considering this was at a London university). One day a classmate saw me reading Dan Brown’s The Da Vinci Code and exclaimed ‘So, you read? I didn’t think you’d be the type to read’. As innocent as that could sound, it was obvious how he drew his conclusion (the irony being that when I asked him what the last book he read was, he said he ‘don’t have time to read and can’t remember’). Regarding the other characters I’ve tried to develop, there are small revelations — not all Jamaicans sound like Vybz Kartel, not all old West Indians go to church. People assume that all young single mothers are women who got pregnant on purpose just to get a council flat. The media would have you think all black boys are rappers, drug dealers and athletes. These assumptions are largely untrue for the majority of people that are labelled in these ways, so I wanted to do the project to show the other sides to such characters.

GV: How do you find the characters for your series?

KN: The characters in the series were based on interviews with real people that I knew, which made it easier for them to relax and just talk without too much pressure. Being a project exploring stereotypes, any commonly held stereotype was a potential character to be developed. I was even considering interviewing and animating a policeman.

GV: Why did you choose to do an episode using the voices of your family members and their experience as part of the Windrush generation? Do you think animation and new media can help to bridge generational gaps?

KN: I chose to use family members as I knew they would deliver insights in an interesting way. I think documenting real experiences was important, because while many of the Windrush generation experienced similar circumstances arriving in Britain, not much is actually documented. Many of our parents, grandparents, have been telling stories for years, but mostly orally and local to their individual families. Capturing that was a challenge, as well as animating characters that were believable to watch and be entertained by. Animation can help to bridge generational gaps when the content, story or subject matter is relevant across generations. The vast majority of Joyce and Herman fans appear to over 40 years old, which was an unexpected outcome. Tony Blackwood fans were mostly in their early 20s.

GV: What has the online response been like and what's the status of the series being optioned for television?

KN: The online response has been positive and really inspiring, particularly for the Joyce and Herman episode, which is a personal favourite. I’ve received over a thousand messages from people who have watched and enjoyed it, which is really encouraging. I completed the series in 2011 and was starting to question the viability of making more cartoons before the video resurfaced on Facebook in January 2015. Regarding TV, no options have been made. I recently spoke to a TV commissioner who explained that while they thought Joyce and Herman is brilliant — and despite the 140,000 views online — they would struggle to get an audience to watch it. I think it’s more of a business/TV ratings issue, rather than just a content issue. I believe that people would watch the type of programs I plan to make, but this is difficult to prove in advance.

GV: Do you see this series — and new media and animation on the whole — as useful educational tools?

KN: I think this series is a useful tool for young inquisitive audiences and also mature audiences. After a screening of Joyce and Herman for Black History month UK in November 2015, many school-aged children later expressed that they really enjoyed it and learnt something. Similarly, older viewers who have never lived in or been to Britain often contact me to say they learned things that they otherwise were yet to find out. Ultimately, my goal is to make content that is entertaining and educational without being preachy or feeling like a forced lesson.

GV: Would you consider telling the Windrush story from a non-Jamaican perspective?

KN: I would love to capture history from other perspectives and have been trying to encourage people to interview their own parents and grandparents. My immediate family [is] very close and have been religiously spending Friday nights at my grandparents’ house for over 25 years! Yet, despite thinking I had heard every possible story my grandmother had to share, when I interviewed her in 2008 for this project I learned so much more about her upbringing and gained much deeper insights into her beliefs. I recommend everyone carry out this exercise.

GV: What would you like viewers to take away from this series?

KN: As a self-funded project, a lot of sacrifice (financial and mental) was made to complete it. I’m not a massive company with limitless budgets. I hope people enjoy the series and see it as a prototype for a future family show. If it can inspire other artists and writers to consider animation as an art form for telling untold stories, that would be great.

I’m currently developing a few pilot cartoons and am always looking for professional artists and writers to collaborate with. My proverbial door is always open to new ideas.